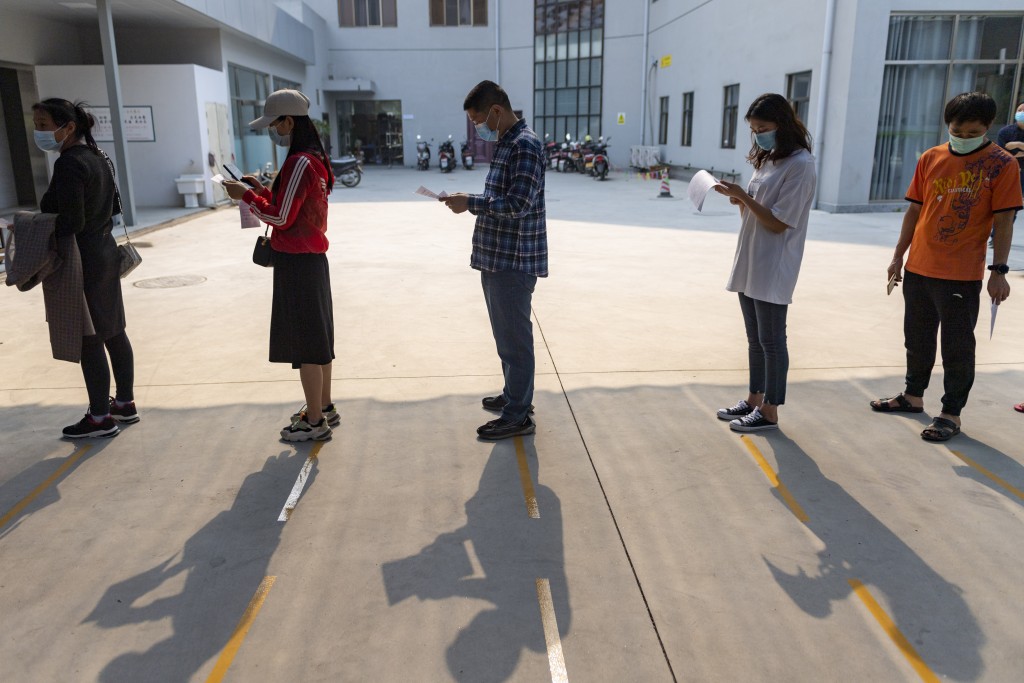 PHNOM PENH, Cambodia (AP) — Cambodia is closing its most famous attraction, the Angkor temple complex, to visitors because of a growing COVID-19 outbreak in the Southeast Asian nation.

Cambodia has confirmed 3,028 cases of infection with the coronavirus, with 23 deaths, since the pandemic began more than a year ago, but the newest outbreak has infected several hundred people. On Thursday, the Health Ministry said 113 cases were reported from local transmission, with two deaths.

The ministry traced the outbreak to a foreign resident who broke hotel quarantine to visit a nightclub in February. That caused a slew of infections and led the government to close public schools, cinemas, bars and entertainment areas in Phnom Penh. The closures have been extended as the outbreak grows day by day, a defunct hotel has been converted into a 500-room coronavirus hospital, and authorities are imposing criminal punishments for violating health rules.

The temples at Angkor, built between the 9th and 15th centuries, are Cambodia’s biggest tourist attraction, though the pandemic has reduced the number of visitors dramatically.

The ban on local and foreign tourists at the site will last until April 20, the government agency overseeing the archeological site said. The Apsara Authority posted the notice on its website Wednesday

— South Korea reported another 700 new cases as the coronavirus spreads at a rate near what was seen during the worst of its outbreak in winter. The numbers released by the Korea Disease Control and Prevention Agency on Thursday brought the national caseload to 107,598, including 1,758 deaths. The daily jump was the highest since Jan. 5 when 714 cases were reported. Around 500 of the new cases came from the densely populated Seoul metropolitan area, which has been the center of the country's outbreak. South Korea also has wrestled with a slow vaccine rollout, and health authorities are expected to announce stronger social distancing steps on Friday.

— Another 11 people have been diagnosed with COVID-19 in China’s only active outbreak. Cases in the Yunnan province city of Ruili have topped 100, including those not showing symptoms, but a vaccination campaign and stay-home orders appear to have curbed large-scale transmission. Ruili also reported one new case of a person testing positive for COVID-19 without displaying symptoms, the National Health Commission reported Thursday. The city’s Communist Party secretary, its top official, has been dismissed from his post and handed administrative punishment for his “serious dereliction of duty in epidemic prevention and control,” according to the party’s provincial disciplinary watchdog. China has reported 90,365 cases of COVID-19 since the coronavirus was first detected in the central city of Wuhan in late 2019, with 4,636 deaths. Thursday also marks the anniversary of the end of a 76-day lockdown in Wuhan that saw more than 11 million people confined to their homes in a Herculean effort to contain the virus’ spread after initial missteps that China has yet to acknowledge.

— A security guard at a New Zealand quarantine hotel has tested positive for the coronavirus, although there is no evidence of further spread. New Zealand has stamped out community transmission, so any case outside of quarantine represents a significant concern. Health authorities said the infected person lives alone and carpools to work with a colleague, and that both workers are now in isolation. Director-General of Health Ashley Bloomfield said the 24-year-old guard had not been vaccinated, and they’re doing an urgent repeat test on the worker to get a better understanding of the nature of the infection. New Zealand has been prioritizing border workers for vaccinations. The nation of 5 million people has reported 2,500 cases and 26 deaths since the pandemic began.