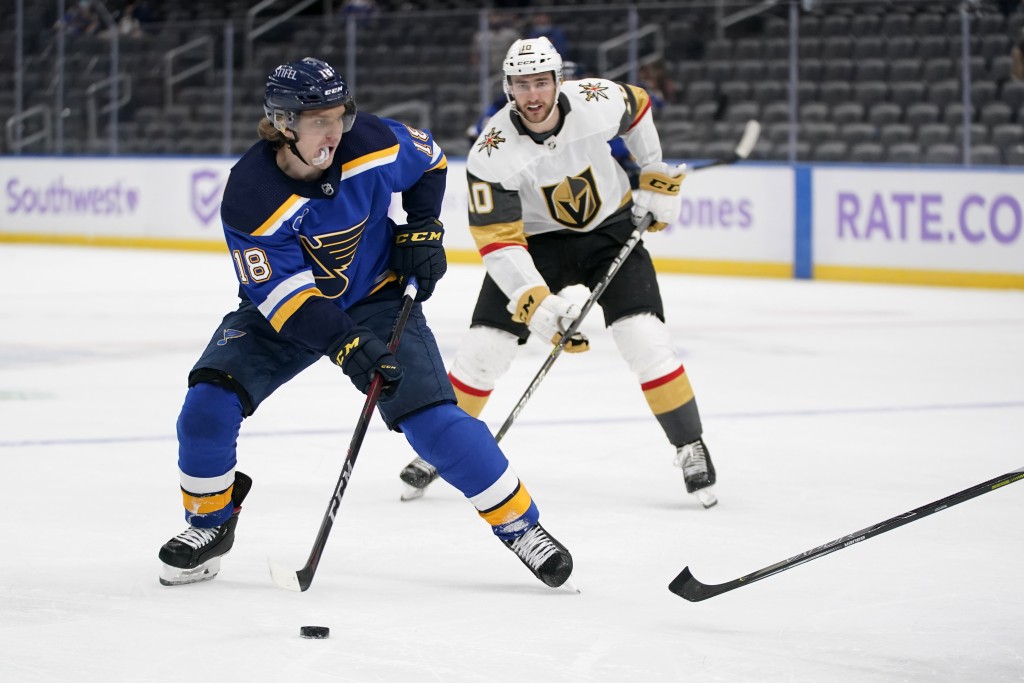 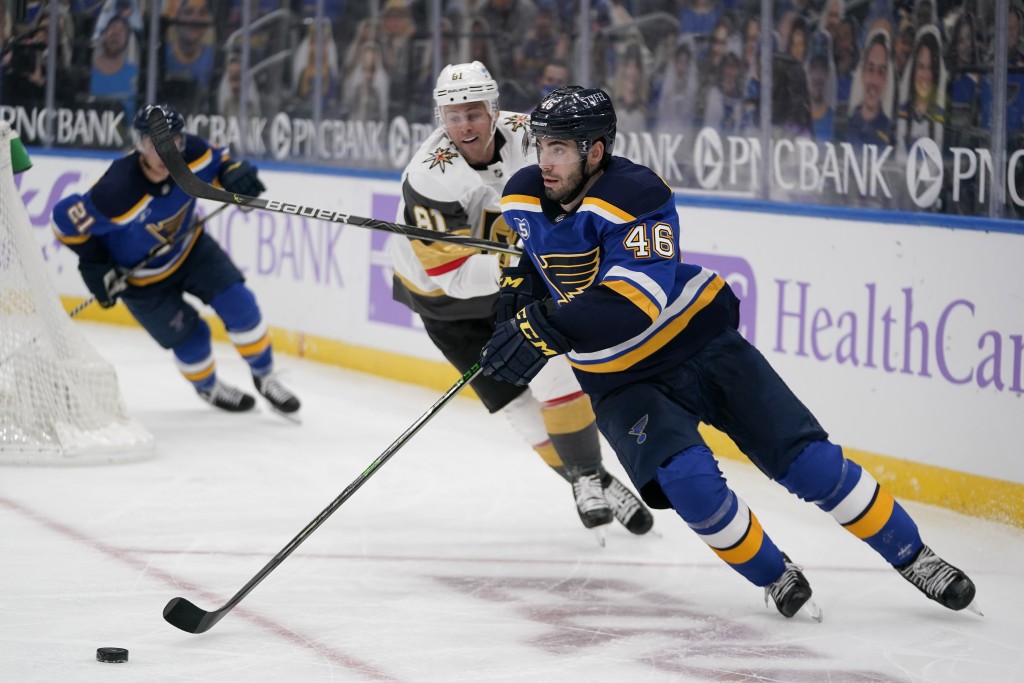 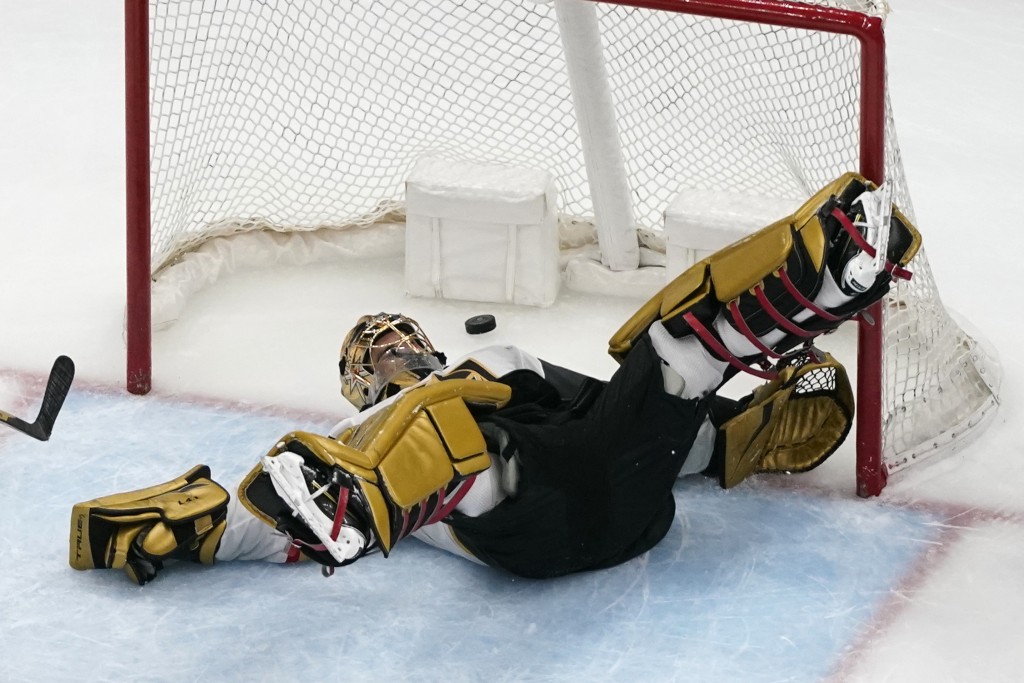 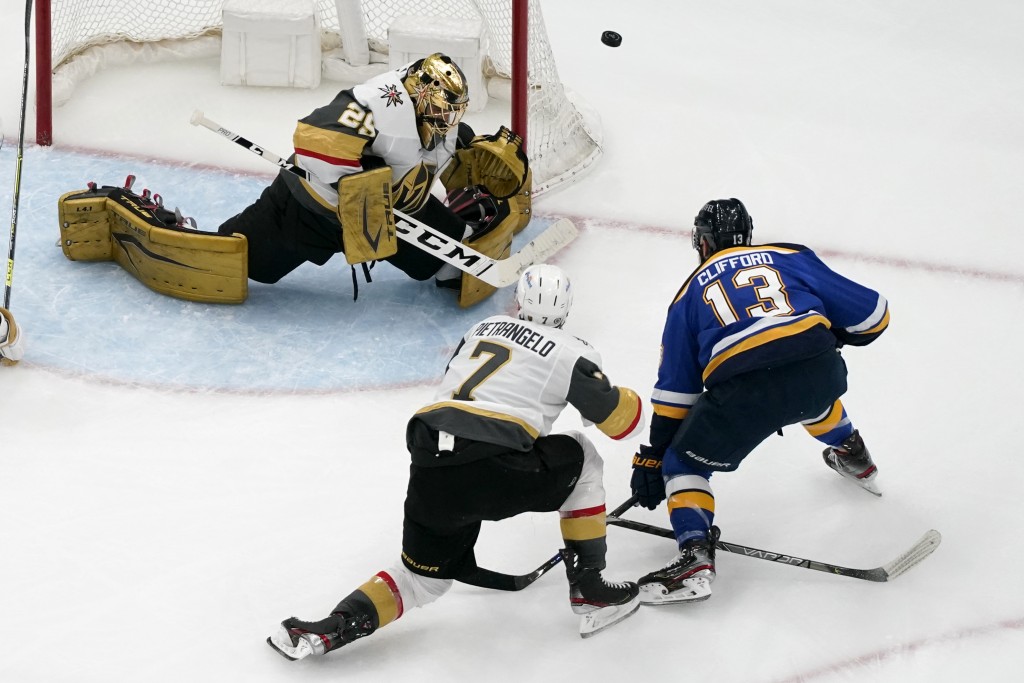 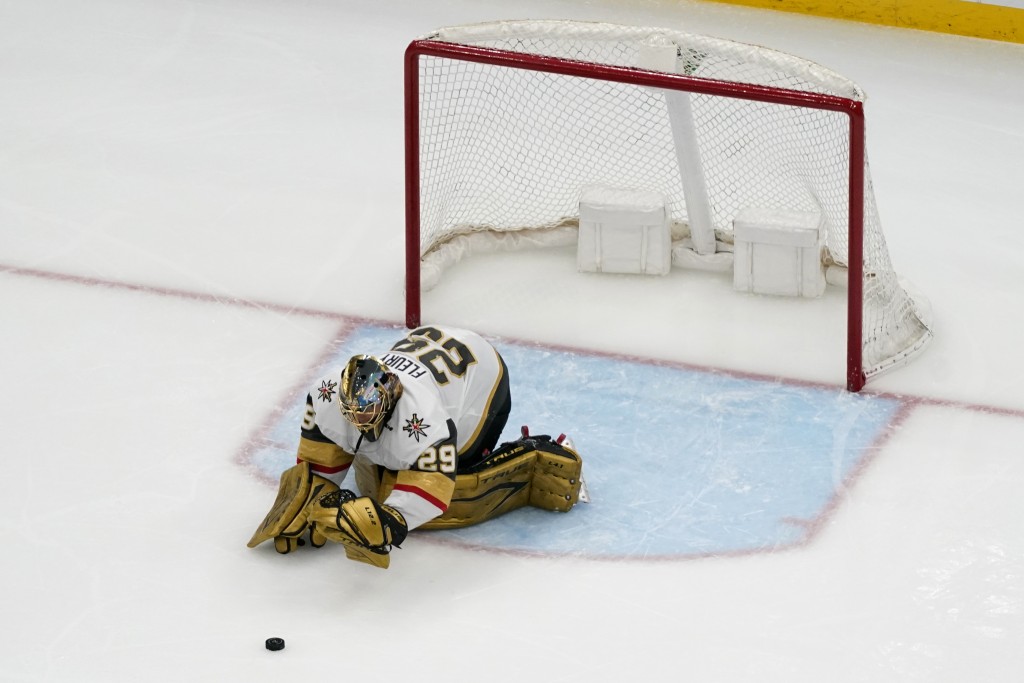 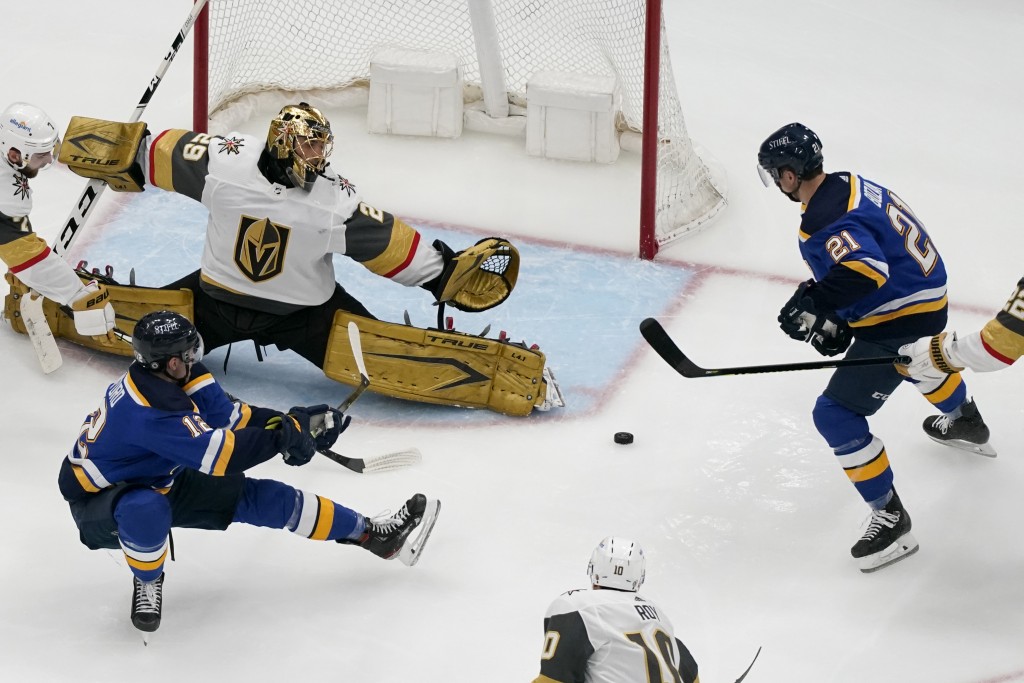 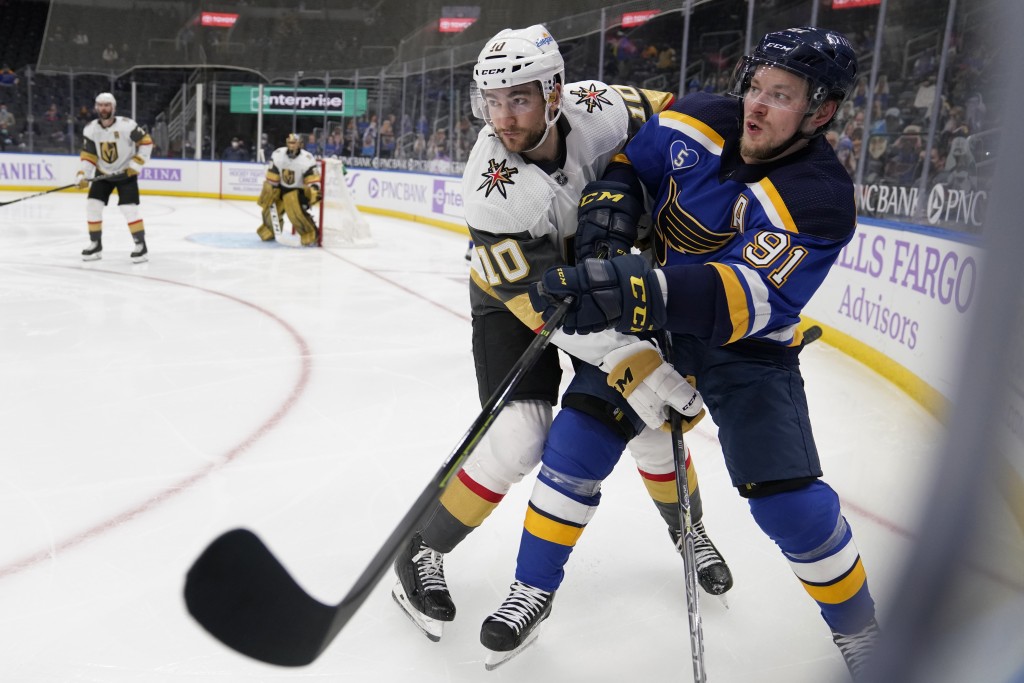 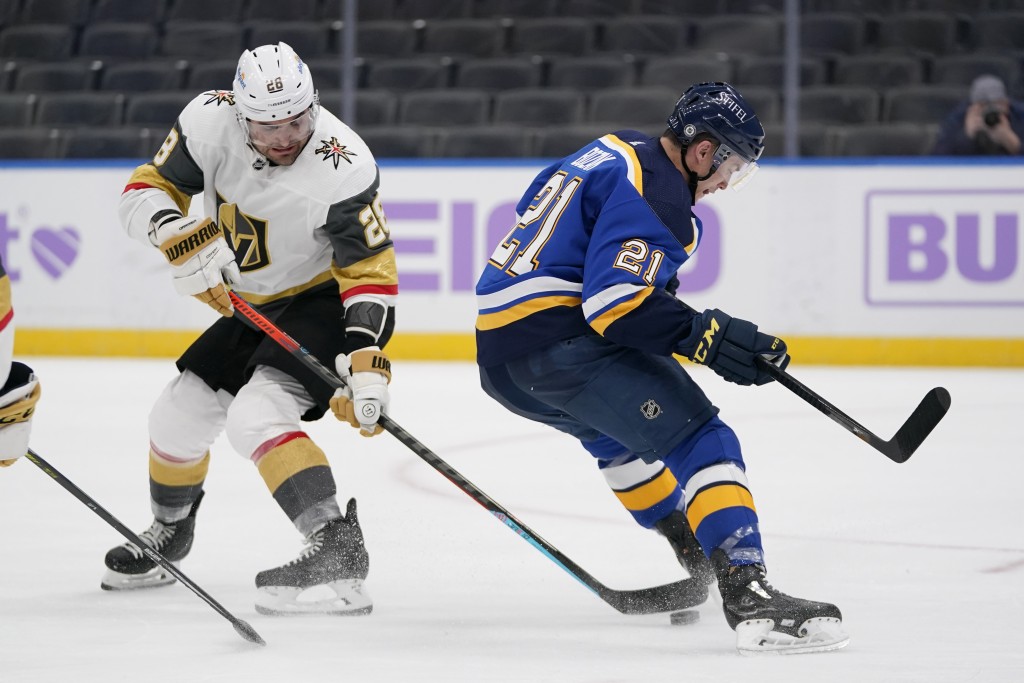 Marc-Andre Fleury made 32 saves while losing his third straight start.

Tarasenko scored his third goal of the season 48 seconds into the contest to give St. Louis an early lead.

Blais scored 7:21 into the first when he roofed a feed from David Perron over Fleury’s glove for his fourth goal of the season to make it 2-0. Blais had been a healthy scratch for St. Louis’ previous three contests.

Walman scored his first NHL goal to add some insurance when he one-timed a rebound from Jordan Kyrou past Fleury with 6:27 remaining in regulation to make it 3-0.

Nicoals Roy spoiled Binnington’s bid for his ninth career shutout when he scored his second goal of the season with 4:16 to go.

Kyle Clifford and Ryan Reaves dropped the gloves midway through the first period. It was Clifford’s team-leading fourth fight of the season.