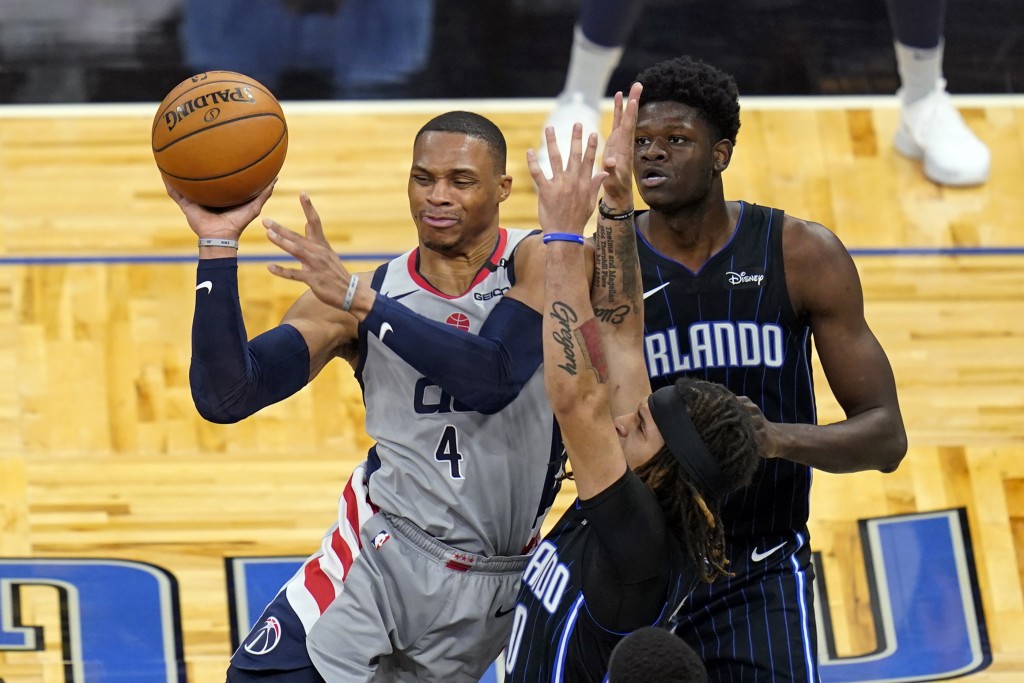 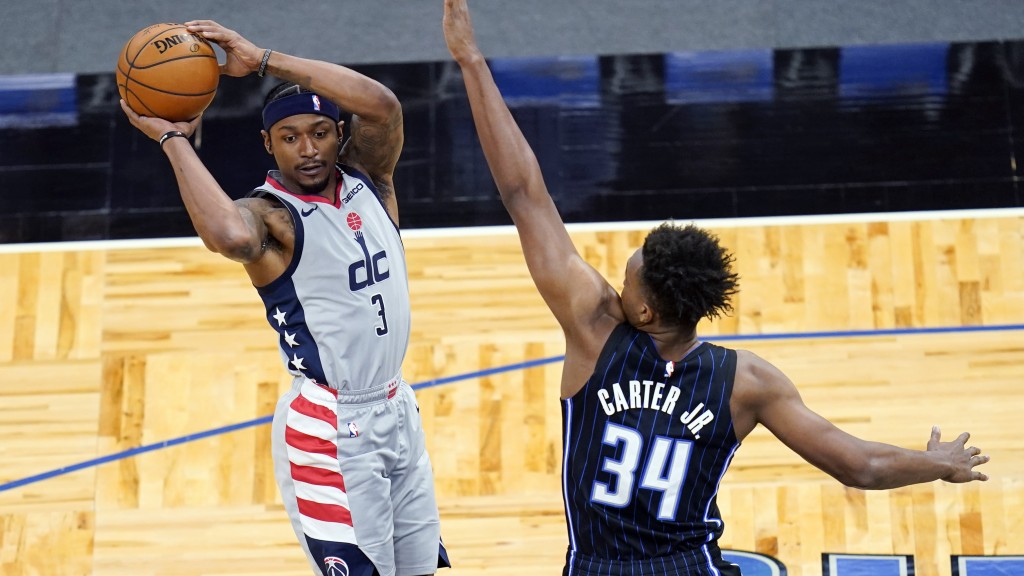 ORLANDO, Fla. (AP) — Bradley Beal returned from a five-game absence to score 26 points, Russell Westbrook had his 20th triple-double of the season and the Washington Wizards made a season-best 19 3-pointers in a 131-116 victory over the Orlando Magic on Wednesday night.

Washington snapped a four-game losing streak, but not before it blew most of a 21-point third-quarter lead. The Wizards also had a second-half meltdown Monday night, when they coughed up a 19-point lead in a loss to Toronto.

Out since March 27 with a hip contusion, Beal was added to the starting lineup just prior to tipoff and showed no signs of rust. He made 11 of 19 shots and 4 of 6 3s.

Westbrook had with 23 points, 15 assists and 14 rebounds in 26 minutes. He has five triple-doubles in his past six games and is the NBA’s only player averaging double digits in points, rebounds and assists.

The Pacers were without All-Star forward Domantas Sabonis and three other injured starters, and had lost nine of 10 home games.