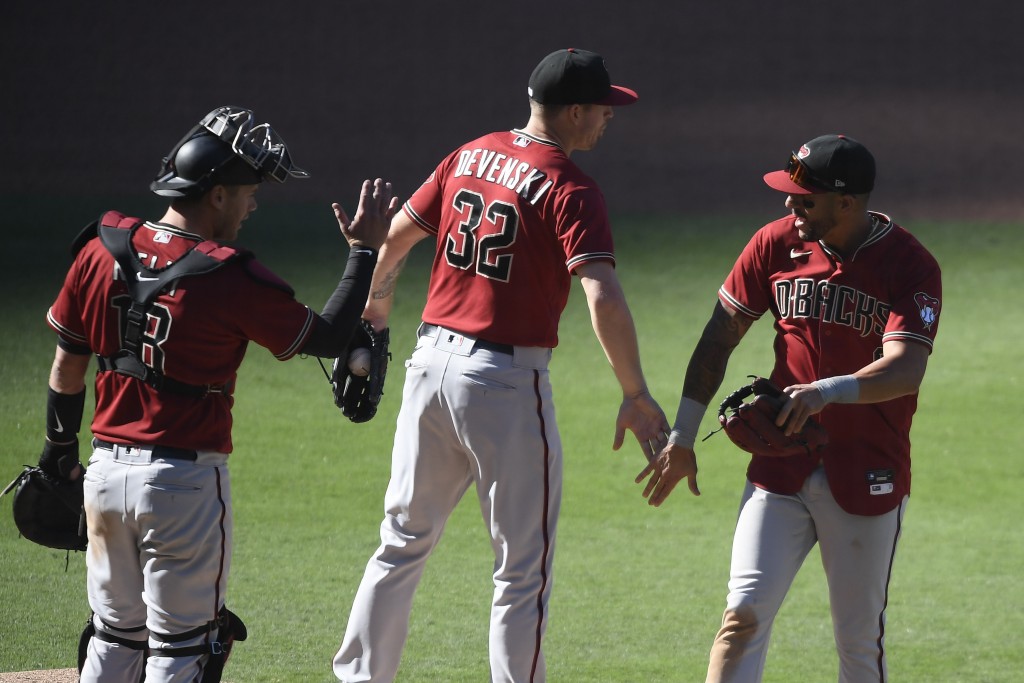 DENVER (AP) — Arizona reliever Chris Devenski was placed on the restricted list Wednesday by the Diamondbacks, who did not give a reason.

To take his place on the roster, the Diamondbacks selected the contract of right-hander Anthony Swarzak from the team’s alternate training site. The move came about 20 minutes before the first pitch between the Diamondbacks and the Colorado Rockies at Coors Field.

Devenski earned a save Sunday at San Diego, his first in nearly three years. The 30-year-old signed as a minor league free agent on Jan. 26.

Devenski has a 16-16 career mark with a 3.39 ERA in spanning 227 games that includes seven starts. He spent five seasons with Houston, but was limited to four games last season. He had a bone spur removed from his right elbow last September.

He is signed to a contract calling for a $1 million salary while in the major leagues.