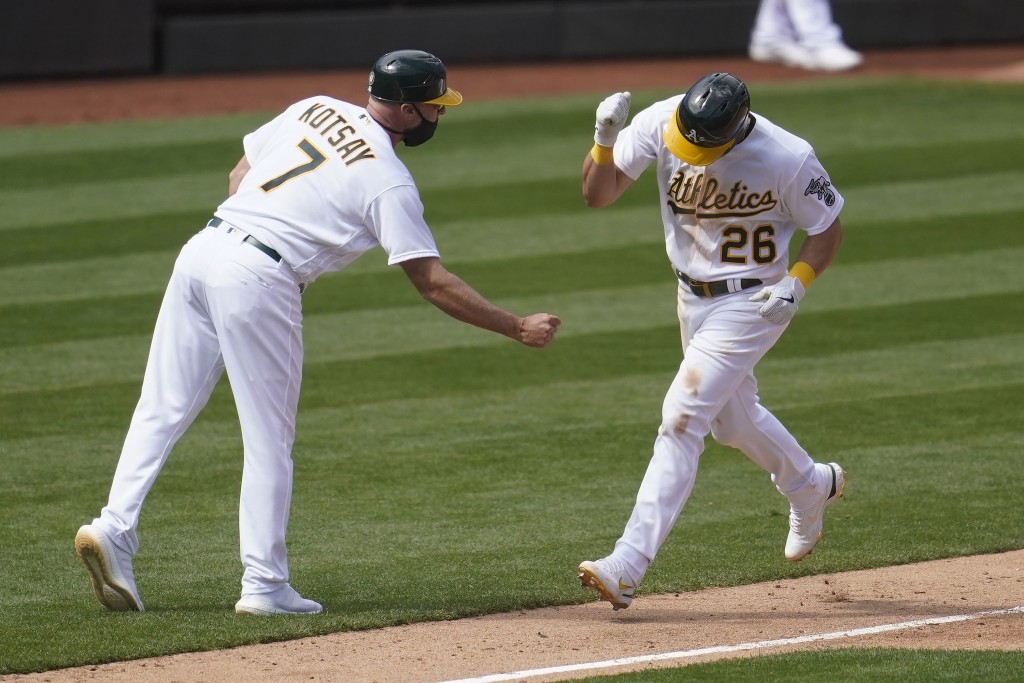 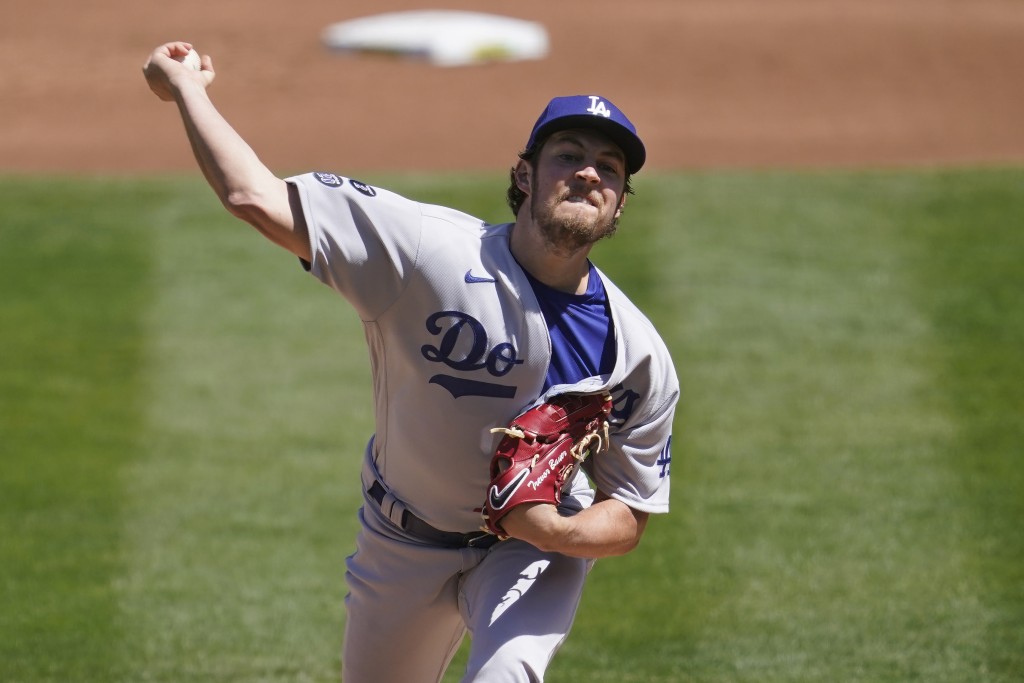 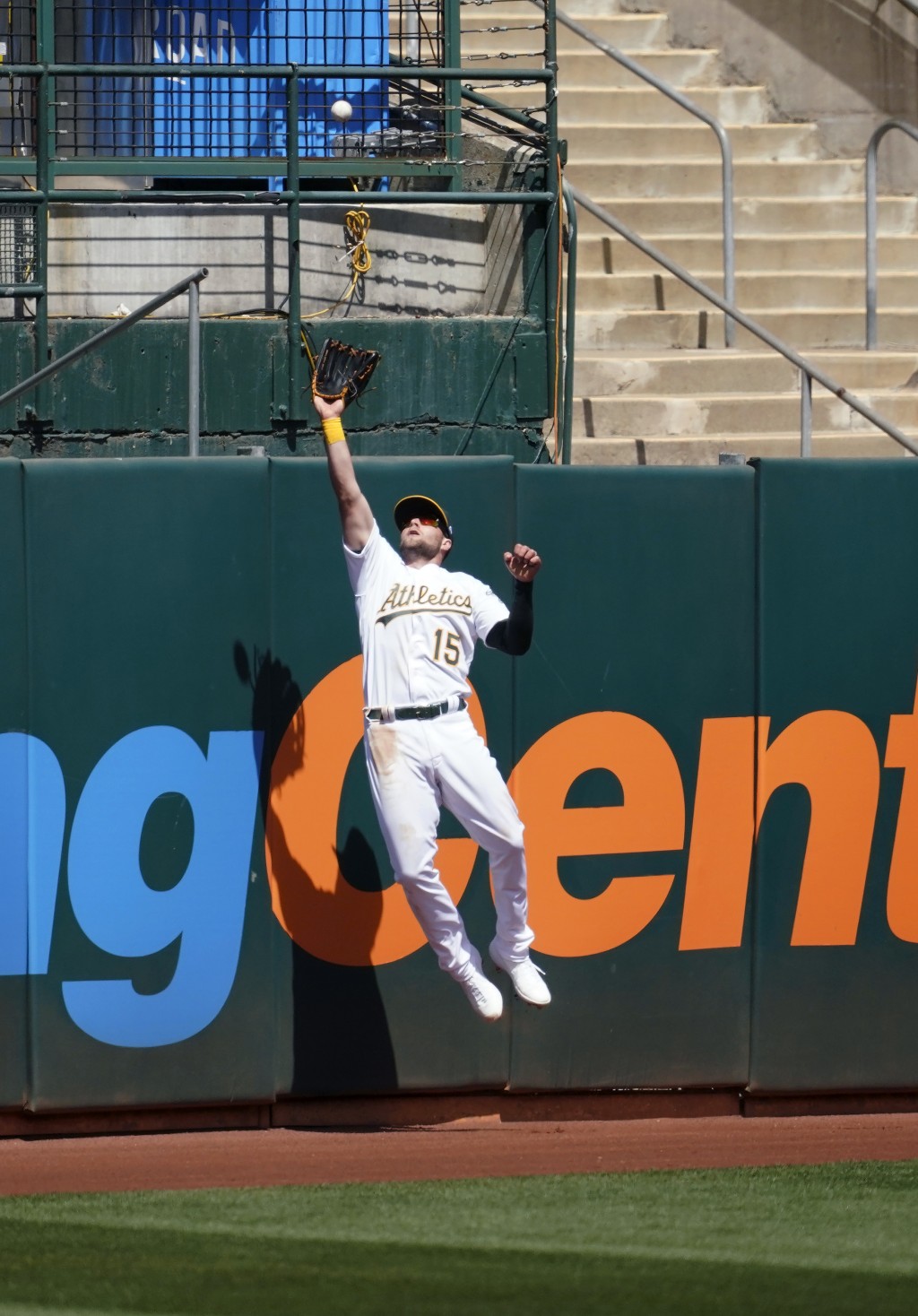 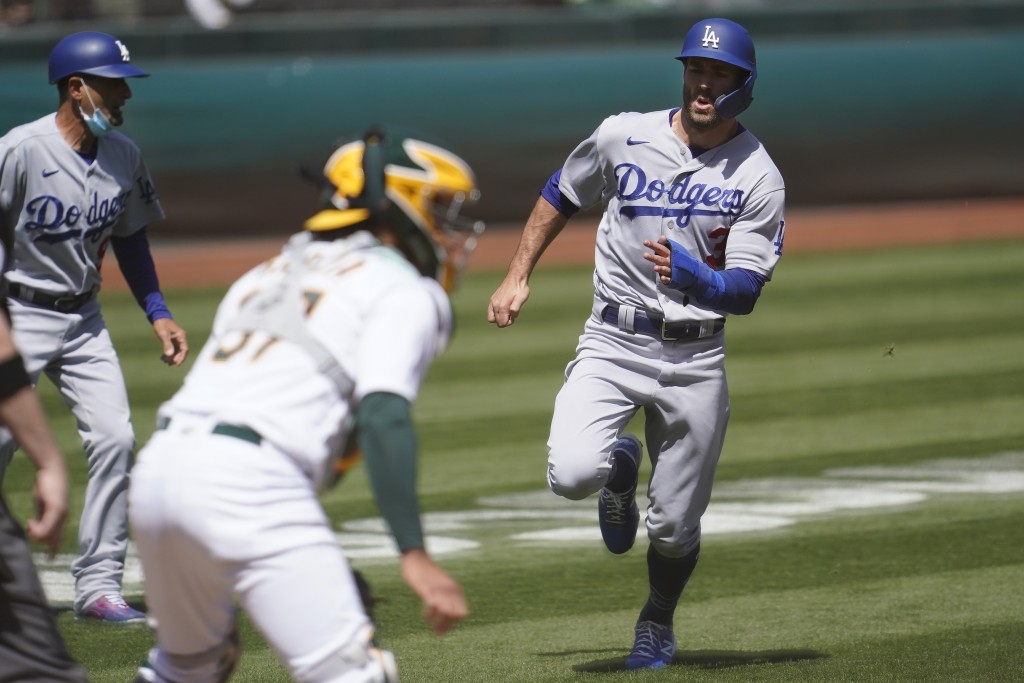 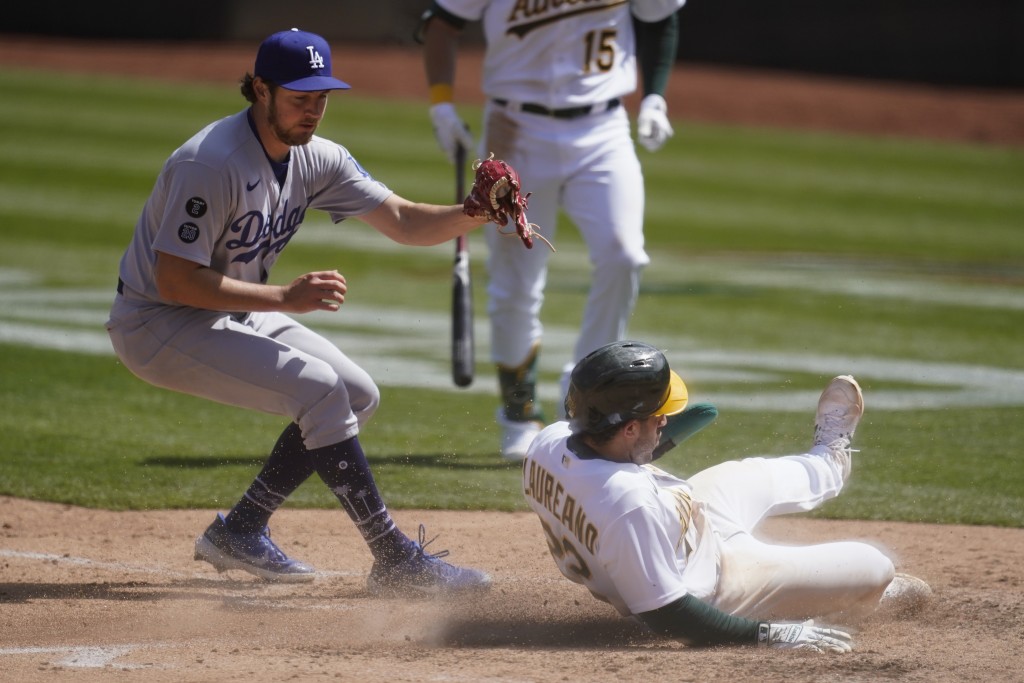 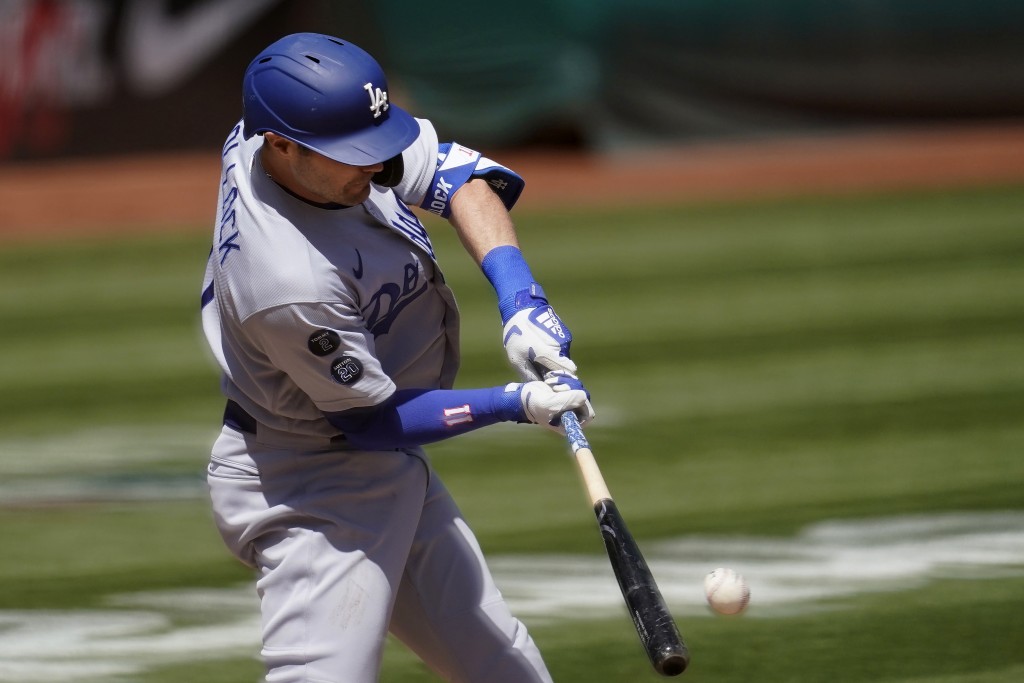 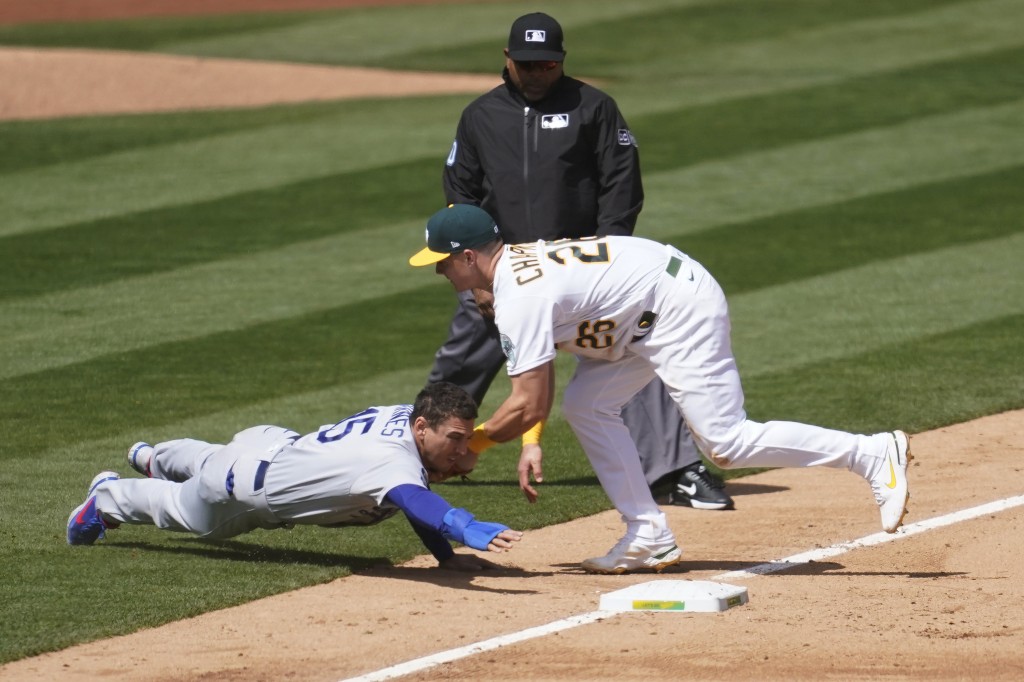 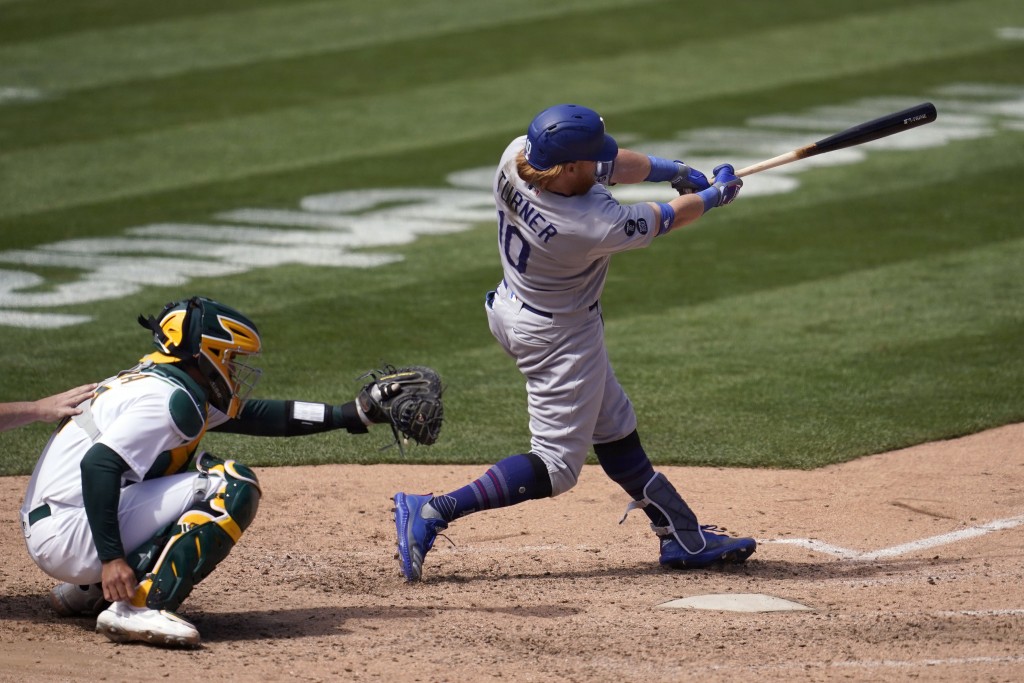 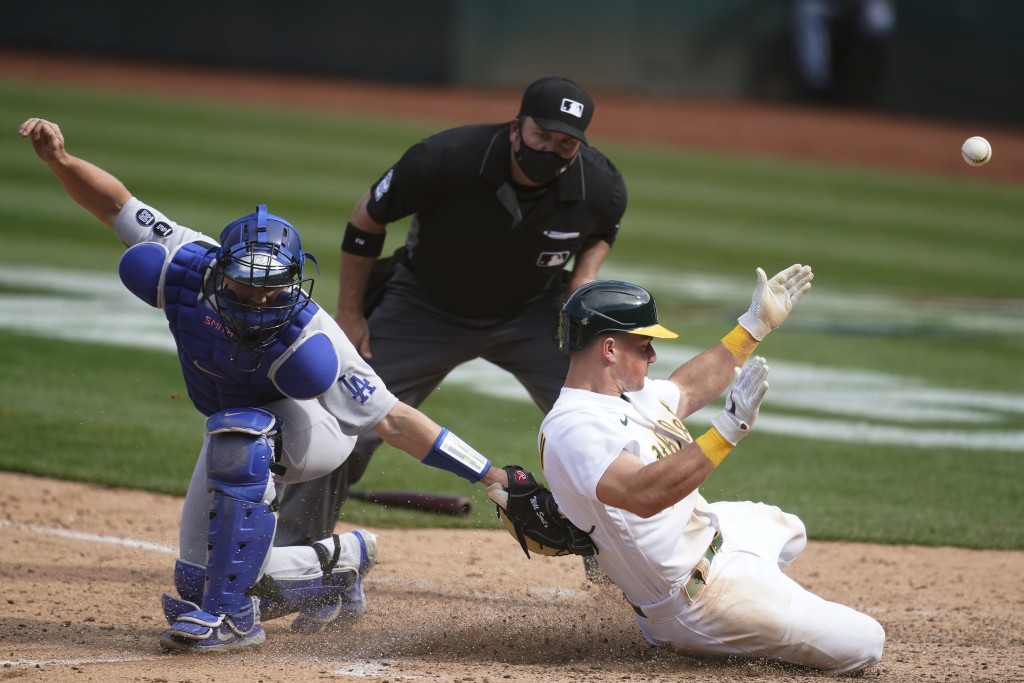 OAKLAND, Calif. (AP) — Mitch Moreland hit an RBI single with one out in the 10th inning and the Oakland Athletics rallied to beat the defending champion Los Angeles Dodgers 4-3 Wednesday for their first win of the season.

The A’s were in danger of falling to 0-7 for the first time in franchise history before tying it in the ninth off Kenley Jansen when Matt Chapman scored on Elvis Andrus’ sacrifice fly. Chapman also hit a solo homer earlier in the game.

Oakland then won it in the 10th when Moreland’s line-drive single to center off Jimmy Nelson (0-1) scored Mark Canha from third. Canha started the inning on second base and had advanced on a flyout.

Yusmerio Petit (1-0) pitched a scoreless 10th for the win.

Trevor Bauer put together his second straight strong performance after signing with the Dodgers this offseason for $102 million over three years. The 2020 NL Cy Young winner allowed three hits and two runs in 6 2-3 innnings, recording 10 strikeouts for the second straight start.

But he ended up with a no-decision when Jansen couldn’t hold the lead in the ninth.

That provided a bad ending to a 5-2 road trip to open the season. The Dodgers now get ready for their home opener on Friday when they will receive their World Series rings after winning it all for the first time since 1988.

The A's scored a run to tie the game in the fourth without benefit of a hit. Ramon Laureano was hit by a pitch, stole second and third and then scored on a wild pitch by Bauer.

The Dodgers answered with a run in the sixth Zach McKinstry bunted away from the shift toward third base with runners on second and third and two outs. Max Muncy raced home to score before Chapman tagged Austin Barnes out as he slid past third base.

A's starter Jesús Luzardo needed 35 pitches to navigate threw the first inning. He walked the first two batters and struck out the next two before allowing an RBI single to A.J. Pollock. A third walk to Max Muncy loaded the bases before Luzardo escaped with no further damage by getting Austin Barnes to fly out with the bases loaded.

Luzardo lasted 5 1/3 innings, giving up two runs and five hits, getting some help when Seth Brown robbed Barnes of a homer to left field in the fourth inning.

Dodgers: RF Mookie Betts got the day off because of a stiff lower back. ... CF Cody Bellinger missed a second straight game with a sore calf.

Athletics: Manager Bob Melvin said closer Trevor Rosenthal is “contemplating surgery” for his shoulder injury. Rosenthal is considering a procedure that typically has a three-month recovery time. ... 1B Matt Olson missed a second straight game with a bruised left knee but could return Thursday.

Dodgers: After a day off, the Dodgers will take on Washington in the home opener Friday when they will receiver their World Series rings. Walker Buehler (0-0) gets the start for Los Angeles.

Athletics: Cole Irvin (0-1) gets his second start when Oakland heads to Houston to take on the Astros. The A's were outscored 35-9 while getting swept in a season-opening four-game series against Houston.