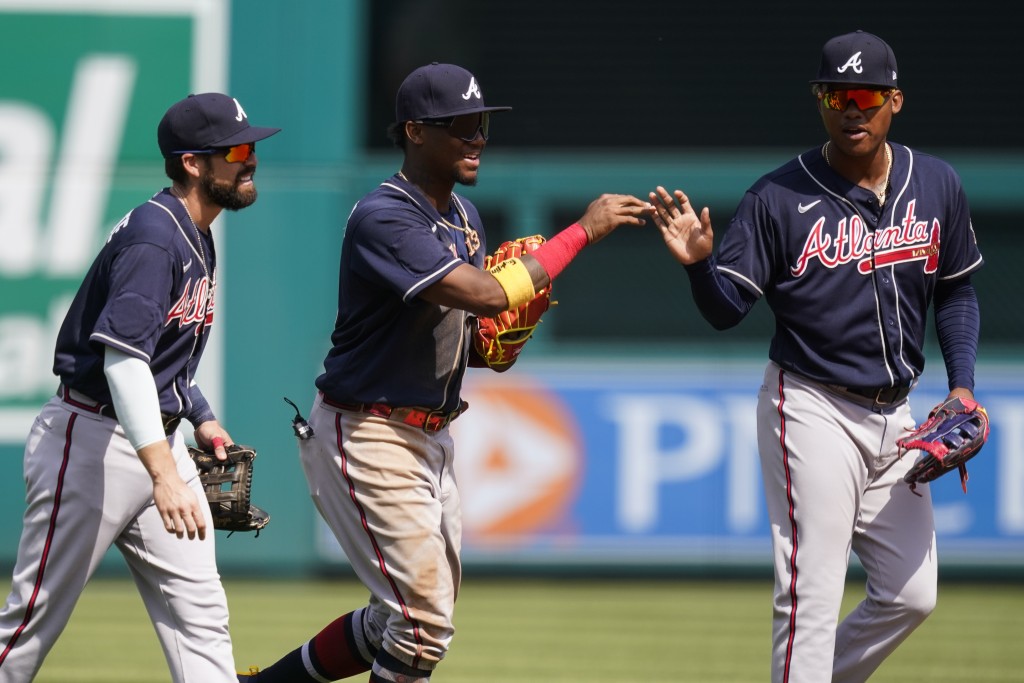 The Atlanta Braves stopped a season-starting four-game losing streak Wednesday by edging the Washington Nationals 7-6 in a doubleheader opener as Ronald Acuña Jr. doubled and had a pair of singles

The Braves put up five runs in the second inning off Erick Fedde (0-1), then wound up barely holding on with a save by Will Smith a day after he gave up a walk-off hit to Juan Soto in a 6-5 loss to Washington. Andrew Stevenson grounded into a game-ending double play.

Washington is missing nine players because of a coronavirus outbreak that led to the postponement of the team’s first four games. Four players tested positive for COVID-19, and another five who would have been on the 26-man roster are under quarantine.

Tyler Naquin hit another leadoff homer, this time off Chad Kuhl (0-1), Kyle Farmer added a two-run double in the first, and Cincinnati won its fifth straight

Christian Vázquez homered, Xander Bogaerts had three hits and J.D. Martinez went for extra bases for the seventh game in a row as Boston completed a three-game sweep.

Nathan Eovaldi (1-1) allowed one run, three hits and three walks over seven innings with seven strikeouts. The Red Sox, swept by lowly Baltimore in their opening series over the weekend, beat the defending AL champion Rays in three straight by a combined 26-9.

Ryan Yarbrough (0-1), who pitched 5 2/3 shutout innings in his first outing this season, added three more scoreless before Bogaerts singled in a run and scored on Vázquez’s line drive over the Green Monster in the fourth.

José Ramírez’s second two-run homer of the game snapped a tie in the eighth against ff Greg Holland (0-1).

Shane Bieber struck out 12 for the second straight game, allowing two runs and three hits in 6 1/3 innings. Emmanuel Clase (1-0) pitched the eighth — all nine of his fastballs were over 100 mph — and Nick Wittgren worked the ninth for his first save since Sept. 4, 2019.

Salvador Pérez homered for the Royals.

Jorge Polanco hit a two-run double in the sixth.

Akil Baddoo hit an RBI triple and threw a runner out from left field — another impressive day in this stellar start to his big league career. Matthew Boyd (1-1) allowed three runs in seven innings.

Kyle Gibson (1-0) struck out eight and allowed six hits over six scoreless innings. Ian Kennedy, the third Texas reliever, struck out three around a hit in the ninth for his second save, both in less than 24 hours.

Nick Solak homered off left-hander Hyun Jin Ryu (0-1), who struck out seven without a walk over seven innings.

Marcus Semien hit his third homer for the Blue Jays, a leadoff shot in the eighth.