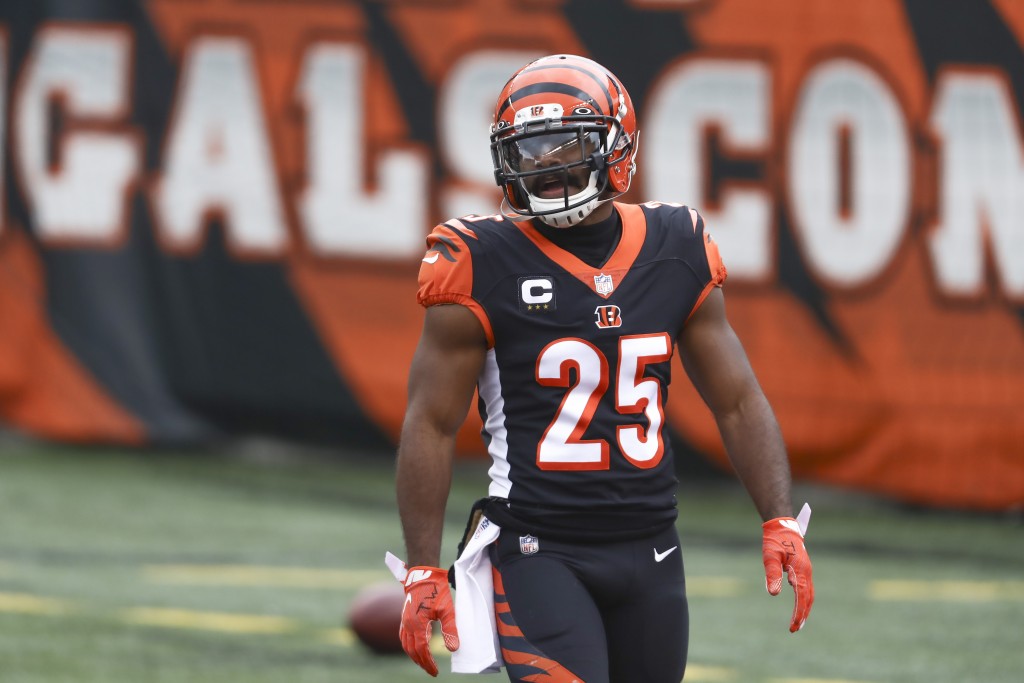 CINCINNATI (AP) — The Cincinnati Bengals continued to part with veterans when they released running back Giovani Bernard on Wednesday.

Bernard, a free agent, played his entire eight-year NFL career in Cincinnati and established himself as a reliable blocking back and receiver. The 29-year-old Bernard became a starter for the last 10 games of 2020 after Joe Mixon suffered a foot injury.

A 2013 second-round draft pick by the Bengals, he played in 115 games with 30 starts, rushing for 3,697 yards and 22 touchdowns. His 342 receptions are the most by a running back in Bengals history, and his 2,867 receiving yards are the second most.

The Bengals had already traded defensive end Carlos Dunlap in midseason last year and released defensive tackle Geno Atkins last month. Both had been with the Bengals for 11 seasons. Receiver A.J. Green, who'd spent his entire 10-year career with the team, signed with Arizona as a free agent.