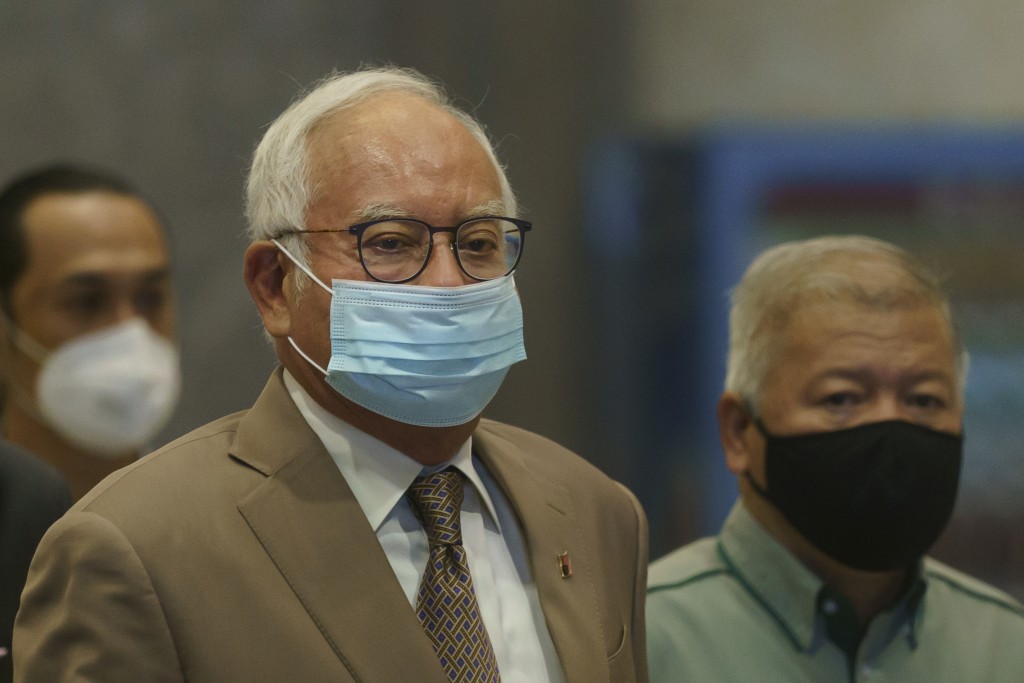 KUALA LUMPUR, Malaysia (AP) — Malaysia's former Prime Minister Najib Razak said he has received a bankruptcy notice for failing to pay $411 million in taxes, slamming it as a political move to wreck his career.

In a Facebook post, Najib said the bankruptcy notice was issued Tuesday at the end of the first day of an appeal to overturn his graft conviction and 12-year prison sentence.

Najib, 67, faced multiple corruption charges after he lost 2018 elections in a shocking defeat fueled by public anger over a multi-billion-dollar looting at the 1MDB investment fund that he founded. Najib, who denied all wrongdoings, was found guilty last July in the first of several trials linked to the scandal.

Najib said he believed the bankruptcy notice was linked to his political party's decision not to work with Prime Minister Muhyiddin Yassin's government in the next general elections.

Najib’s United Malays National Organization returned to government as the biggest bloc in Muhyiddin's alliance, which took power after ousting the previous reformist government that won the 2018 vote. But UMNO has been unhappy playing second fiddle to Muhyiddin's Malay party and is pushing for early elections, although they are not due until 2023.

Najib said he has paid all taxes while in office, and the court order last year for him to settle 1.7 billion ringgit ($411 million), including penalties, involved an additional assessment that he called unreasonable.

He said he will lose his Parliament seat and will be unable to run if he is declared bankrupt.

“I will fight against every attempt to bully and intimidate me by those in power,” Najib said, adding he had asked his lawyers to seek a stay order on the bankuptcy proceedings.

Najib remains an influential party member despite his court cases.