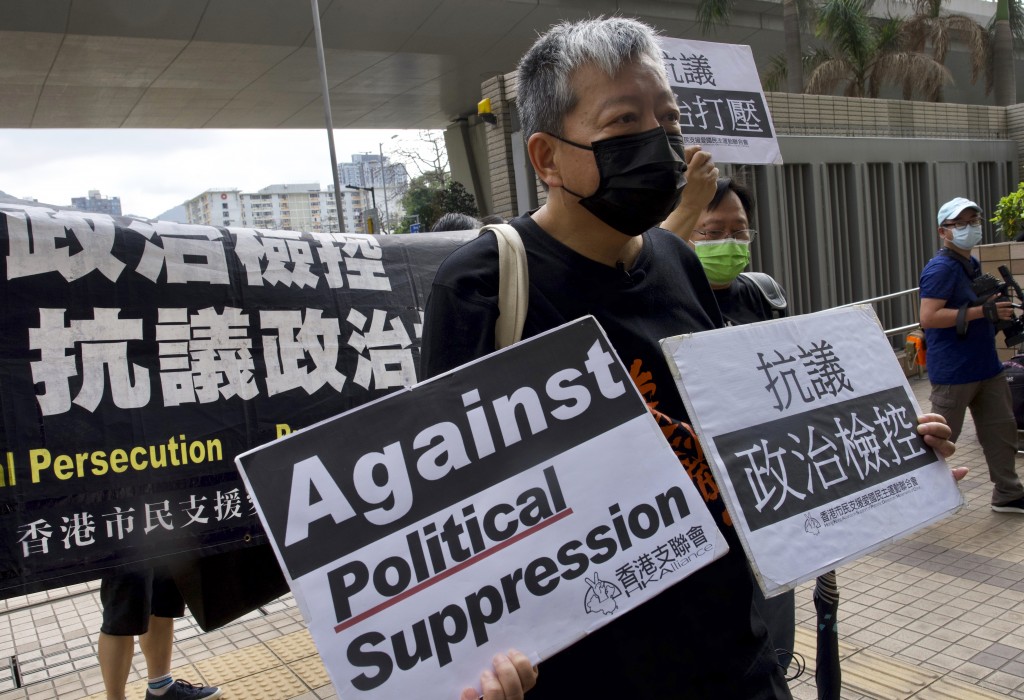 Lai is already being held in custody on other charges related to his outspoken opposition to China’s crackdown on civil liberties in the former British colony.

Last Thursday, seven of Hong Kong’s leading pro-democracy advocates, including Lai and an 82-year-old veteran of the movement, were convicted for organizing and participating in a march during massive anti-government protests in 2019 that triggered Beijing's crackdown.

While Lai will be returned to jail, ex-legislator Lee Cheuk-yan and Yeng Sum, a former chairman of the Democratic Party, are believed to be negotiating bail terms. The charges carry prison terms of up to five years.

The court was shown footage of the three at the Aug. 31, 2019, event that led to clashes in various parts of the cramped city of more than 7 million that was hovering at the edge of chaos at the time.

Official Radio Television Hong Kong quoted Lee as telling the court that although he pleaded guilty, “I haven’t done anything wrong. History will absolve me."

The governments in Hong Kong and Beijing have been relentlessly pursuing opposition figures in order to exert greater control over the semi-autonomous Chinese territory. Hong Kong had enjoyed a vibrant political culture and freedoms not seen elsewhere in China during the decades it was a British colony. Beijing had pledged to allow the city to retain those freedoms for 50 years when it took the territory back in 1997, but recently it has ushered in a series of measures that many fear are a step closer to making Hong Kong no different from cities on the mainland.

The 2019 protests were sparked by opposition to a bill that would have allowed suspects to be extradited to mainland China to face long periods of detention, possible torture and unfair trials. While the legislation was eventually withdrawn, the protesters’ demands expanded to include calls for full democracy.

Beijing ignored them and responded by clamping down even harder, including imposing a draconian new national security law and changes last month that will significantly reduce the number of directly elected seats in Hong Kong’s legislature. As a result, most of Hong Kong’s outspoken activists are now in jail or in self-exile.