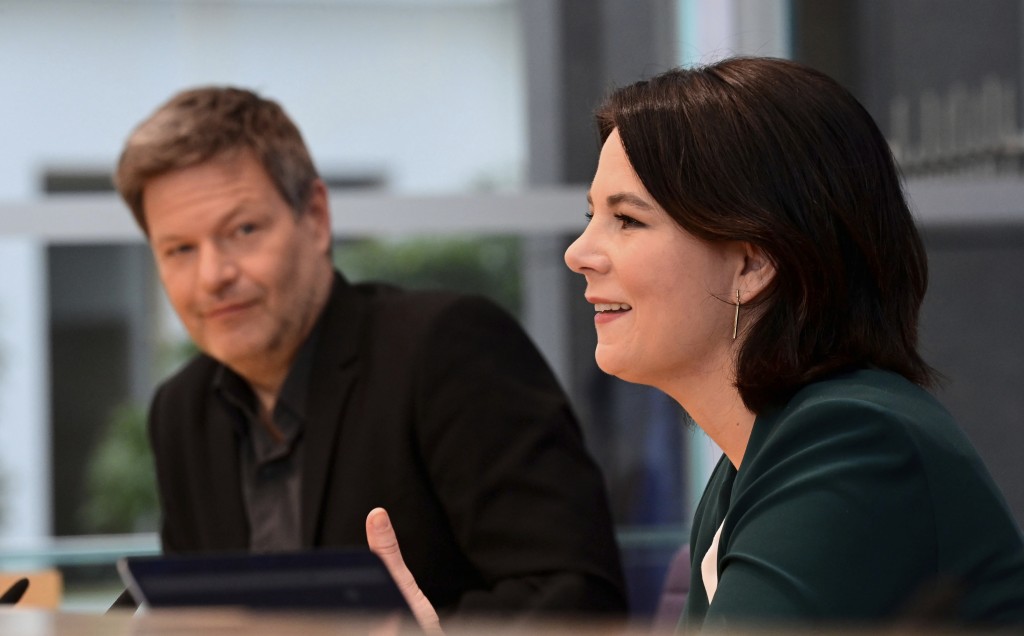 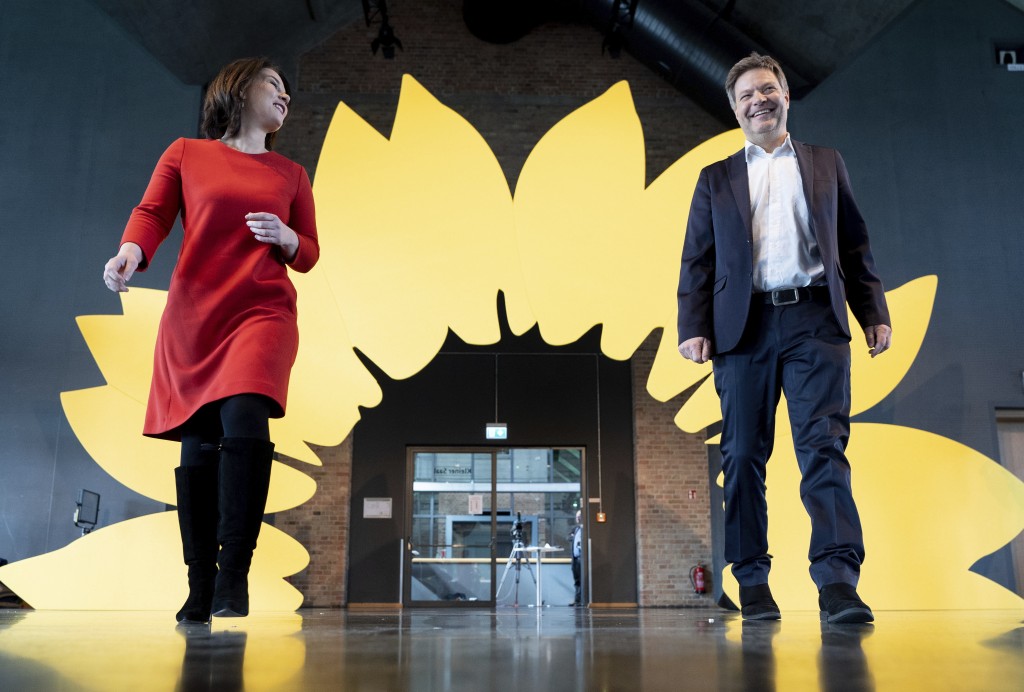 BERLIN (AP) — Germany's environmentalist Greens will decide later this month which of their two co-leaders will make the party's first run for the chancellery in a national election in September, a senior party official said Wednesday.

Annalena Baerbock and Robert Habeck have led the party since early 2018. A pragmatic and harmonious duo, they have presided over a rise in the Greens' poll ratings. The Greens are in opposition nationally but sit in many of Germany's state governments.

Recent surveys show them running second behind Chancellor Angela Merkel's center-right Union bloc, which has given up gains made in the early phase of the coronavirus pandemic amid discontent over a slow vaccination campaign and other things. They show support of 22-23%, more than twice the 8.9% the party won in the 2017 election.

The outcome of the Sept. 26 parliamentary election is unpredictable, in part because Merkel isn't seeking a fifth term after 16 years in power. Her bloc has yet to choose its candidate — two state governors, Armin Laschet and Markus Soeder, are expected to decide which of them runs by late May.

The Greens' general secretary, Michael Kellner, tweeted that his party has “a strong leadership duo” in Baerbock, 40, and Habeck, 51. He said that the party will announce on April 19 which of them will be its candidate for chancellor.

The decision will need endorsement from a party congress in June.

Baerbock, a lawmaker in the national parliament, lacks government experience. Habeck served for several years as the agriculture and environment minister of the northern state of Schleswig-Holstein.