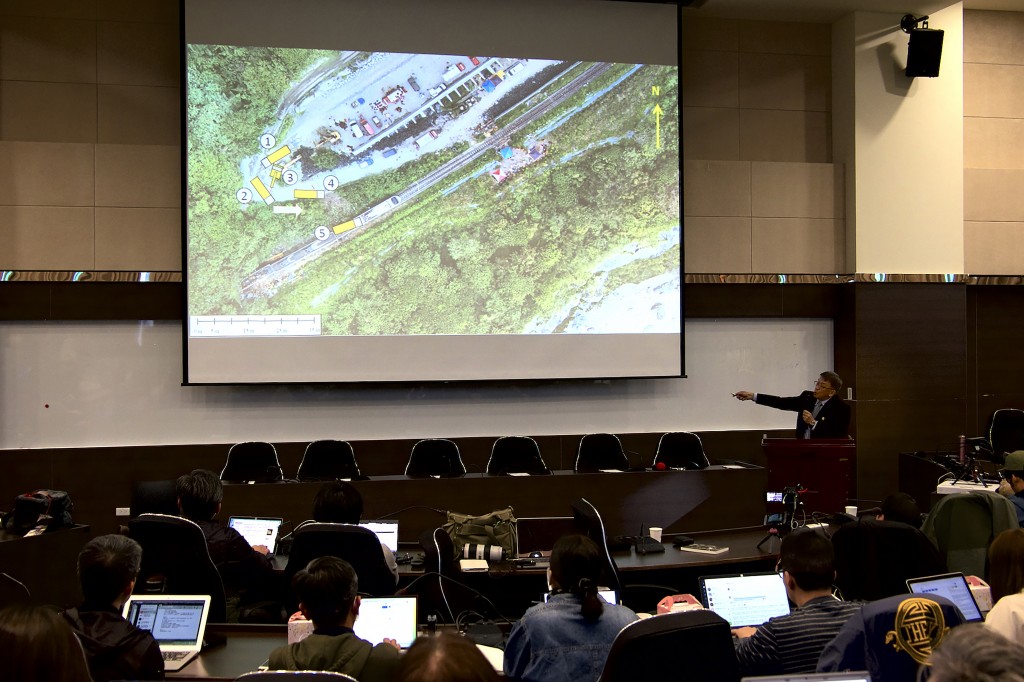 TAIPEI, Taiwan (AP) — Cabin exposed, with half of its walls and roof gone, workers pulled out the last remaining train car in Taiwan's worst rail accident in seven decades.

The crash site on the island's east coast was cleared, barring one car that was moved to the side of the tunnel where the train hit a construction truck that had fallen onto the track. Fifty people died and over 200 were injured in the crash on Friday.

The driver of the truck, Lee Yi-hsiang, who is also the manager of the construction site above the tracks, has been detained on charges of causing death by negligence. He has apologized for the accident and promised to cooperate with investigators.

While an initial report from transport safety officials said the brakes on the truck were not engaged, prosecutors declined to say what caused the vehicle to fall down the slope.

Taiwan's Minister for Transportation and Communications Lin Chia-lung said Wednesday that he had offered his formal resignation to the island's president and premier.

“I want to again express my deepest apologies to all the victims and their family and I will also take the political responsibility after completing all the relief work,” he said at a hearing by members of the transportation committee of the Legislative Assembly. “I will face it fully and meet it bravely.”

The meeting started off with a moment of silence for the victims but quickly turned acrimonious when a group of opposition Nationalist Party politicians held up signs calling for the resignation of the minister and Premier Su Tseng-chang, shouting, “The government is a killer and must step down.”

Members of the committee took turns to raise questions about the crash and rescue. One lawmaker asked Lin why certain safety improvements had not been completed since the last major train crash in 2018, which killed at least 18 people. Among those was an automatic system that would check on the condition of slopes by the railway tracks.

They also raised concern over the slow reform of the indebted Taiwan Railways.