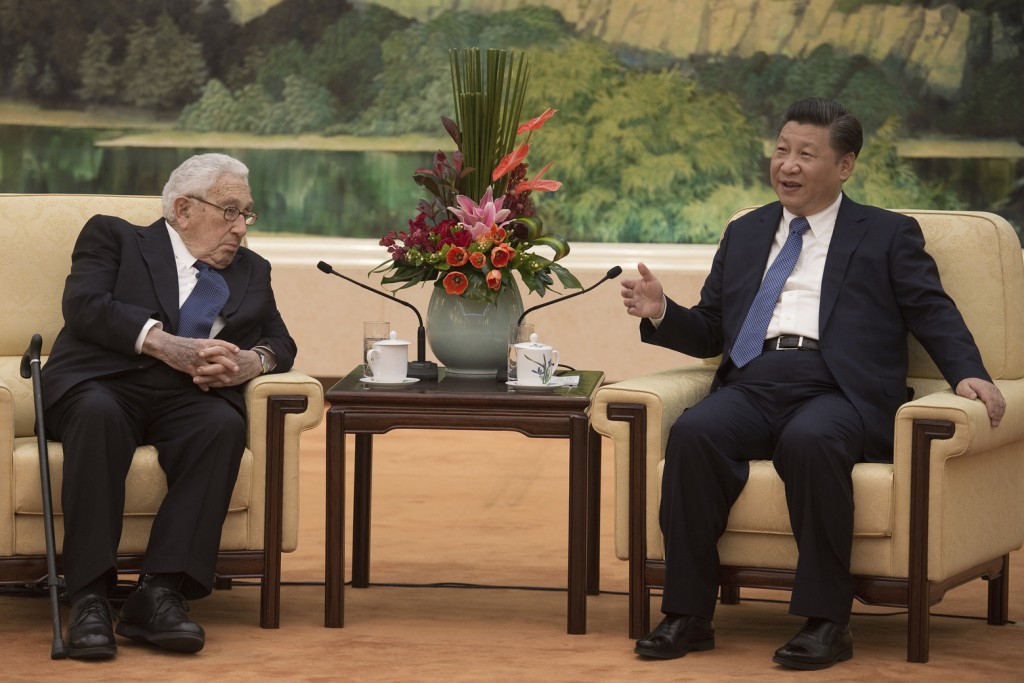 This is a two-part commentary. The second part can be found here.

Given all of Henry Kissinger’s reputed brilliance in foreign policy, we might imagine he would finally recognize that perhaps his triumph in helping to establish relations between the United States and the People’s Republic of China (PRC) might not have been such a great success after all. For a while, of course, it served the principal goal of dividing China from the Soviet Union, but now they are among the closest military and political allies in the world.

Meanwhile, U.S. diplomatic recognition only helped the PRC to thrive until it has now become the chief strategic competitor and threat to the United States, our allies and friends, and our values. And it came at the cost of a willingness to sacrifice Taiwan, which nonetheless became a model democracy, a thriving economy, and a technological marvel in Asia and the world. But it was a Taiwan Kissinger never visited and knew nothing about.

As Nancy Bernkopf Tucker wrote in "Strait Talk" (2009): “Kissinger apparently only became interested in China when he realized how seriously the president (Nixon) took efforts to improve relations with China… Kissinger dismissed Taiwan as inconsequential, little more than a domestic political pawn. Throughout his negotiations with the Chinese, Kissinger would consistently minimize the significance of Taiwan as an issue for Beijing and as an impediment to progress.”

Thereafter, Dr. Kissinger would have been too busy traveling to Beijing, reportedly more than 50 times, and some estimate he made more than 100 visits. And through it all, there has never been any hint he might have realized he was totally wrong about China, just as he had been wrong about Vietnam, Cambodia, Chile, East Timor, and many more places around the globe.

Even now, the country to which Dr. Kissinger most often turns and of which he still appears most proud is the PRC. In November 2018, the 95-year-old Kissinger made perhaps his last visit to Beijing. Afterward, media reports indicated he had lamented the poor state of U.S.-China relations during a dinner with elder communist figures and old friends.

Kissinger was quoted by Chinese media as saying that “China-U.S. relations will never return to what they were. (Things) must be reoriented.” (Original quote: 中美關係再也回不到過去了，要重新定位 ). Clearly, our relationship has not turned out as he had hoped.

In October 2020 during a virtual talk with the Economic Club of New York, Kissinger expressed concern about the increasingly dangerous confrontation between the U.S. and the PRC. He warned that if the two powers did not find a way to manage their rising tensions, “We will slide into a situation similar to World War I.”

Most recently, while participating in a virtual Chatham House event in London on March 25 of this year, the almost 98-year-old Kissinger as usual lauded the PRC, including, according to Reuters, “China’s skill at organizing itself for technological advance under state control.” He criticized the West, which “had to up its game” and “believe in itself,” adding, “That is our domestic problem — it is not a Chinese problem.”

As usual for Kissinger, the fault for bilateral problems the U.S., or the West in general, has with China is never China’s responsibility. There is never a mention of uncomfortable truths about PRC policies toward India, Hong Kong, Xinjiang, Tibet, or the South China Sea; its persistent violations of human rights; or its continuing intellectual property theft and unfair trading practices.

For a former American secretary of state and advisor to all presidents since Nixon, this is more than strange, but it is also very familiar. It is all the fault of the West and the U.S.

When I served as the U.S. embassy political counselor in Beijing from 1995 to 1998, I was sometimes asked to brief or participate in the briefings of American CEOs or retired U.S. government officials visiting the capital to meet with senior Chinese officials.

Two of these prominent individuals stand out in my memory. One was Maurice “Hank” Greenberg, former chairman and CEO of American International Group, at the time one of the largest insurance and financial services companies in the world. He was accompanied by a former State Department under secretary of political affairs.

The other was former Secretary of State Henry Kissinger. On one occasion, during Dr. Kissinger's visit, I attended a speech he gave to a Chinese audience in Beijing. Sitting next to me in the audience was a Chinese researcher I knew. During the course of his remarks, Kissinger enthusiastically described his respect and affection for China, commenting at one point that while many regard him as a purely “realpolitik” practitioner, this was not the case, and he had to admit that when it came to China in particular, there is a “warm spot” in his heart.

As someone who already had considerable experience working in Beijing (and was there during the Tiananmen Massacre, which Kissinger would subsequently justify as an understandable Chinese leadership decision), I was rather astonished by Dr. Kissinger’s expressed warmth toward China. When he was done speaking, I turned to the Chinese analyst sitting next to me and observed, “He really doesn’t know anything about China, does he?” The analyst responded simply: “We know that, but he’s useful to us.”

This was an especially harsh judgment considering that Kissinger had spent much of his career flattering the Chinese, apparently thinking he was winning their favor in this manner. From the Chinese perspective, however, they were of course merely using him.

William A. Stanton is senior vice president of National Yang-Ming Chiao-Tung University. He previously served from August 2017 to July 2019 as a professor at the Center for General Education at National Taiwan University. Dr. Stanton previously worked for four years as the George K.C. Yeh Distinguished Chair Professor and founding director of the Center for Asia Policy at National Tsing Hua University (NTHU). From October 2014 through January 2016, he was also NTHU’s senior vice president for Global Affairs. Dr. Stanton previously served for 34 years as a U.S. diplomat. His final posting was as director of the American Institute in Taiwan (2009-2012).