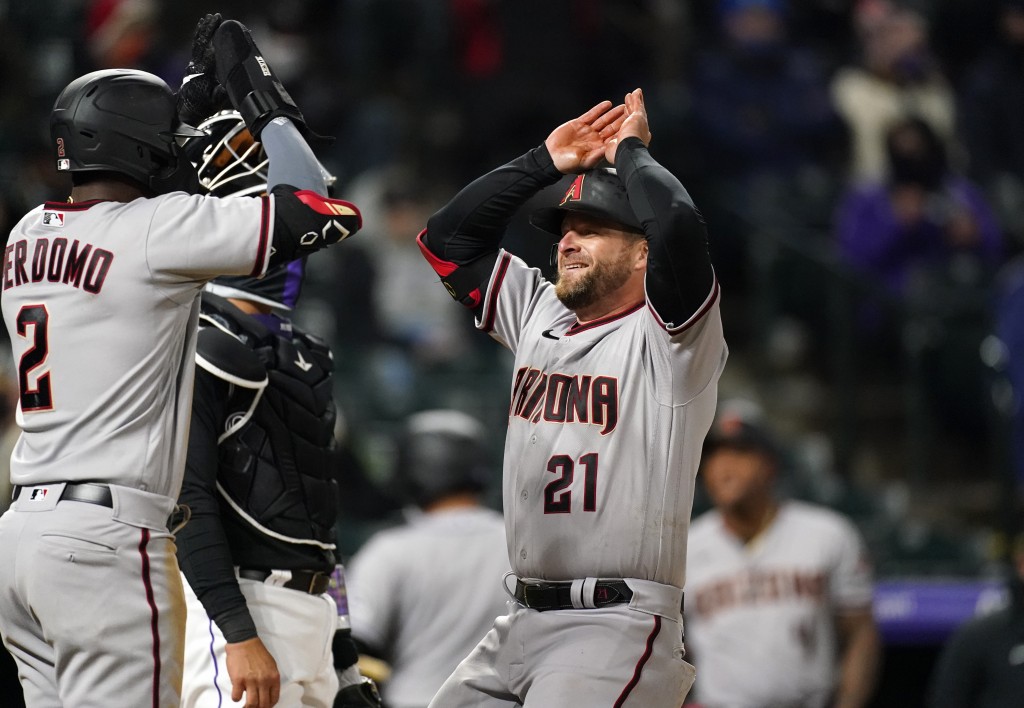 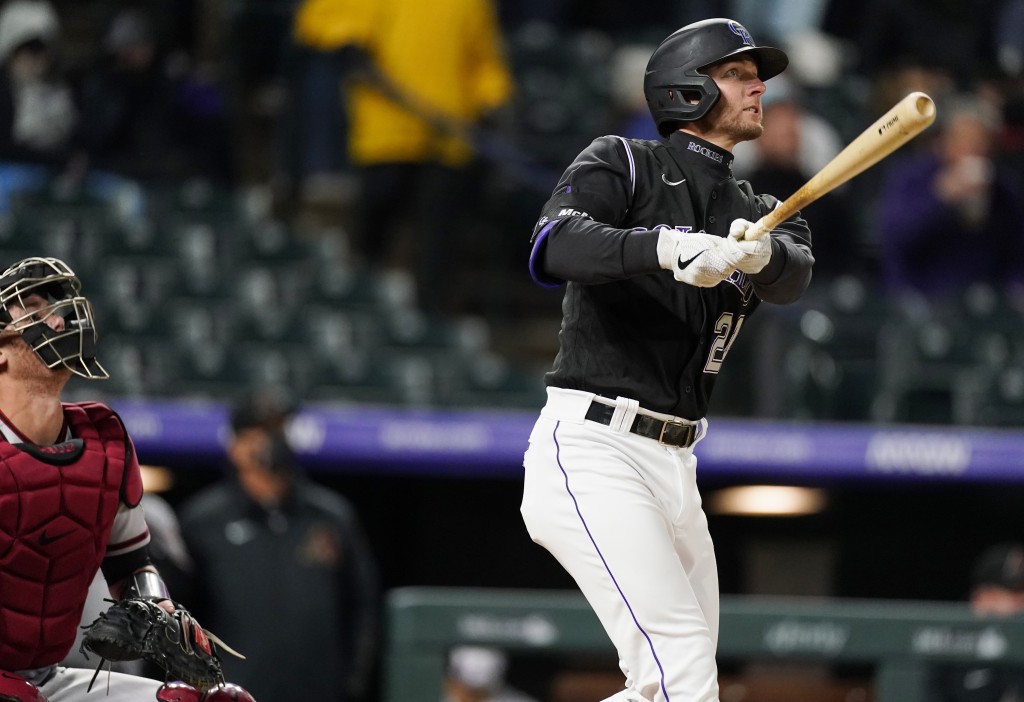 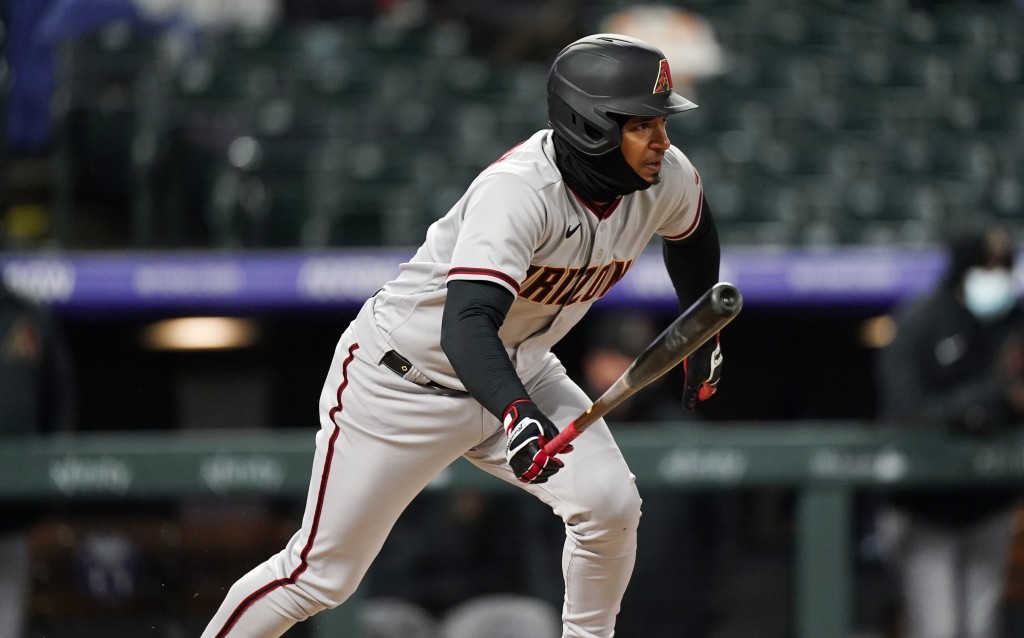 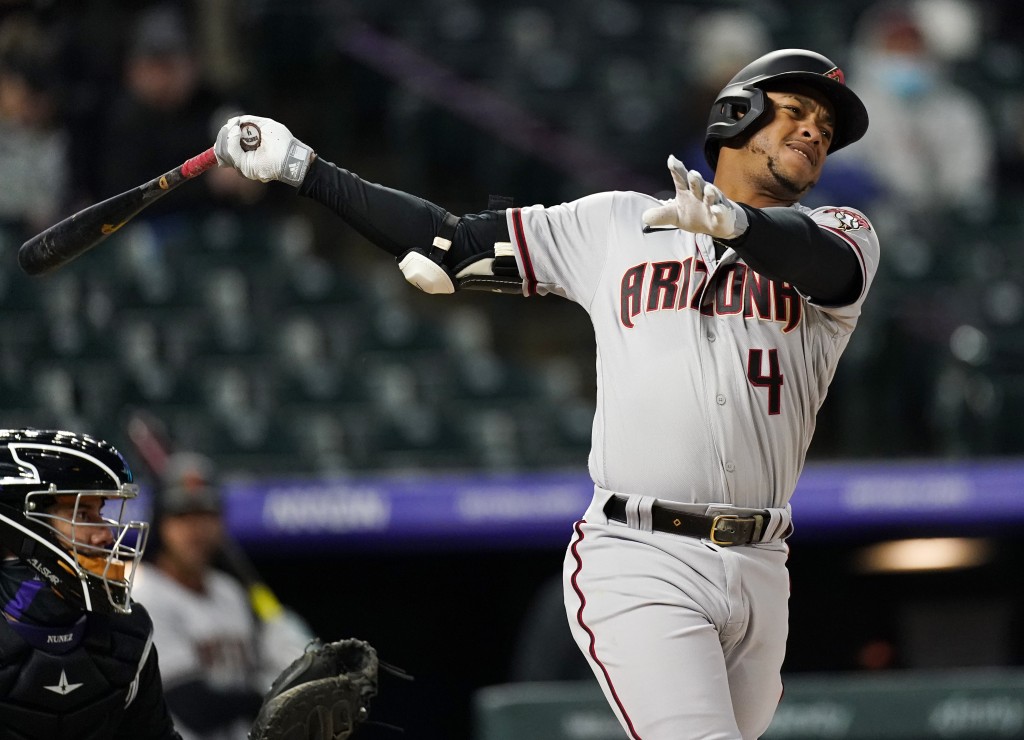 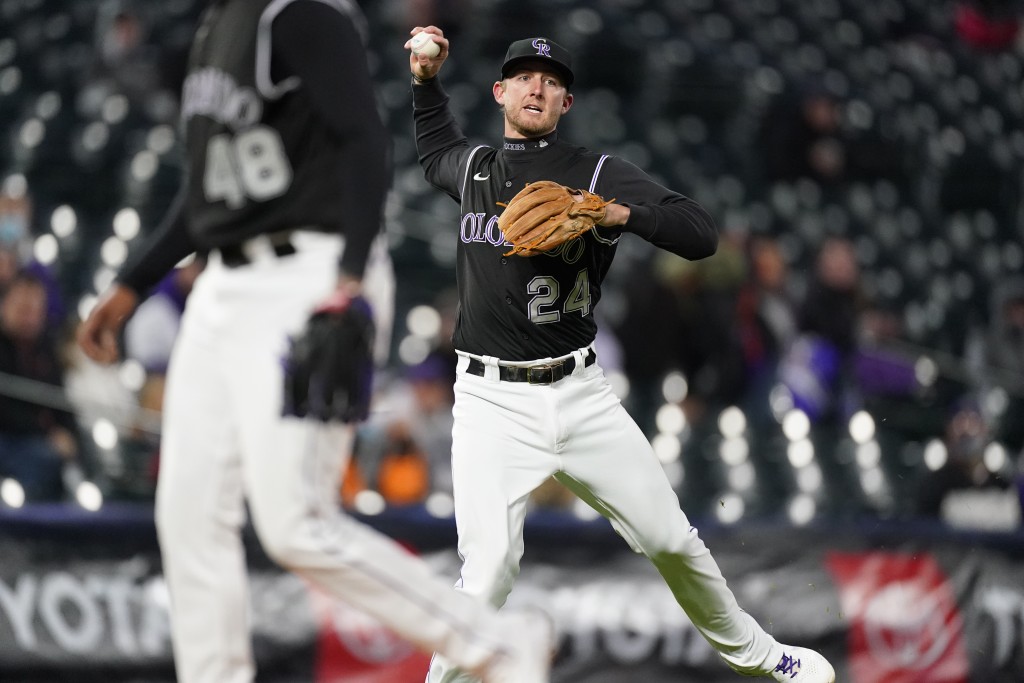 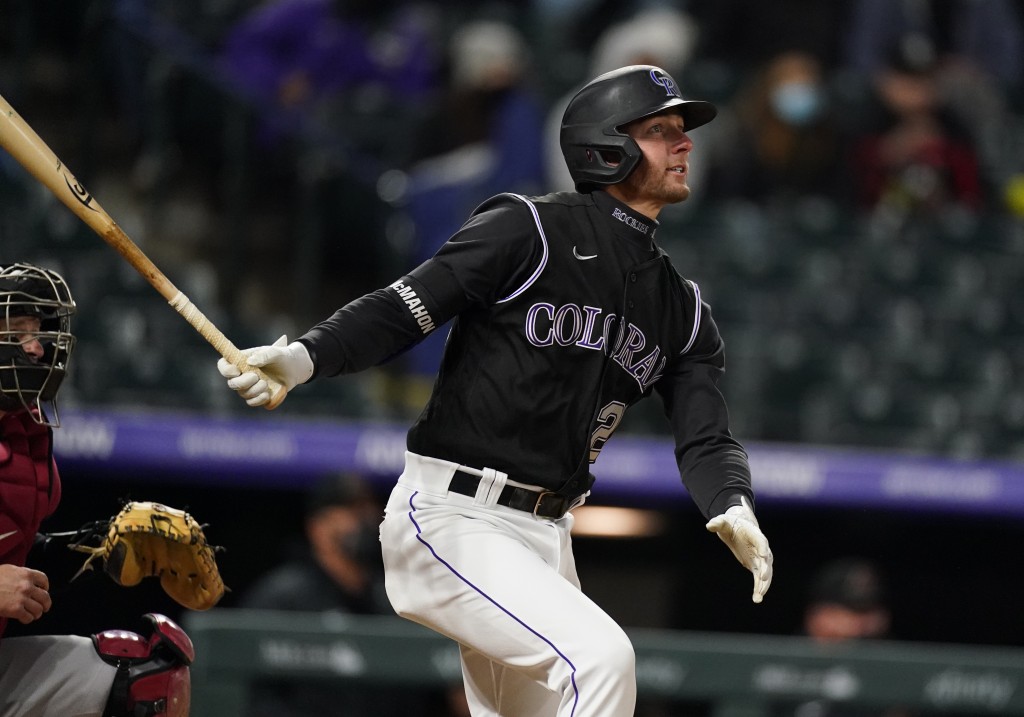 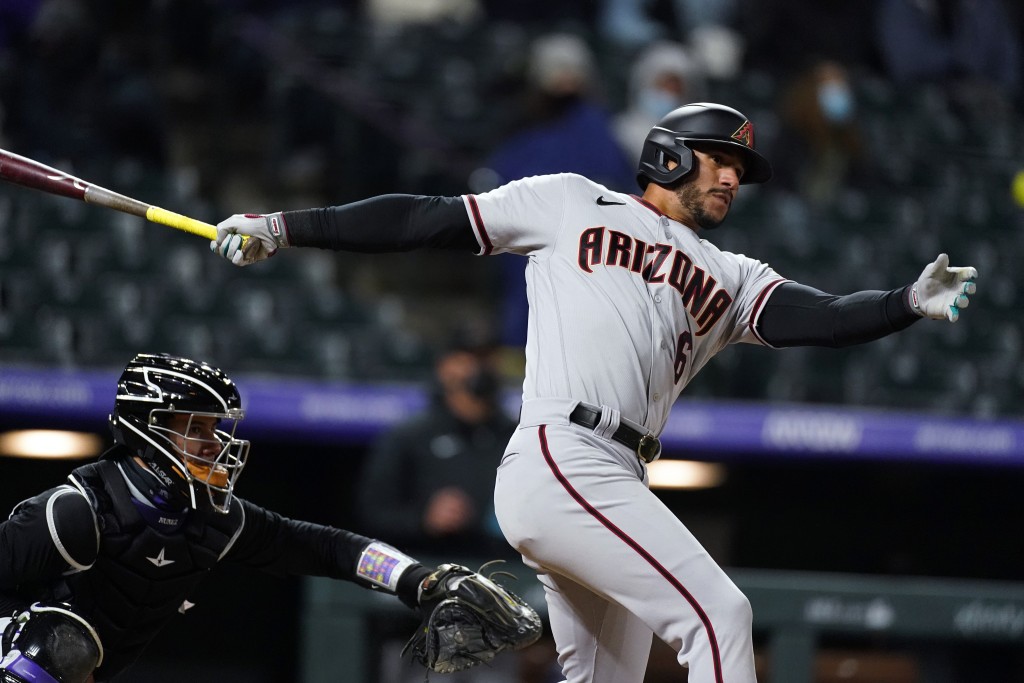 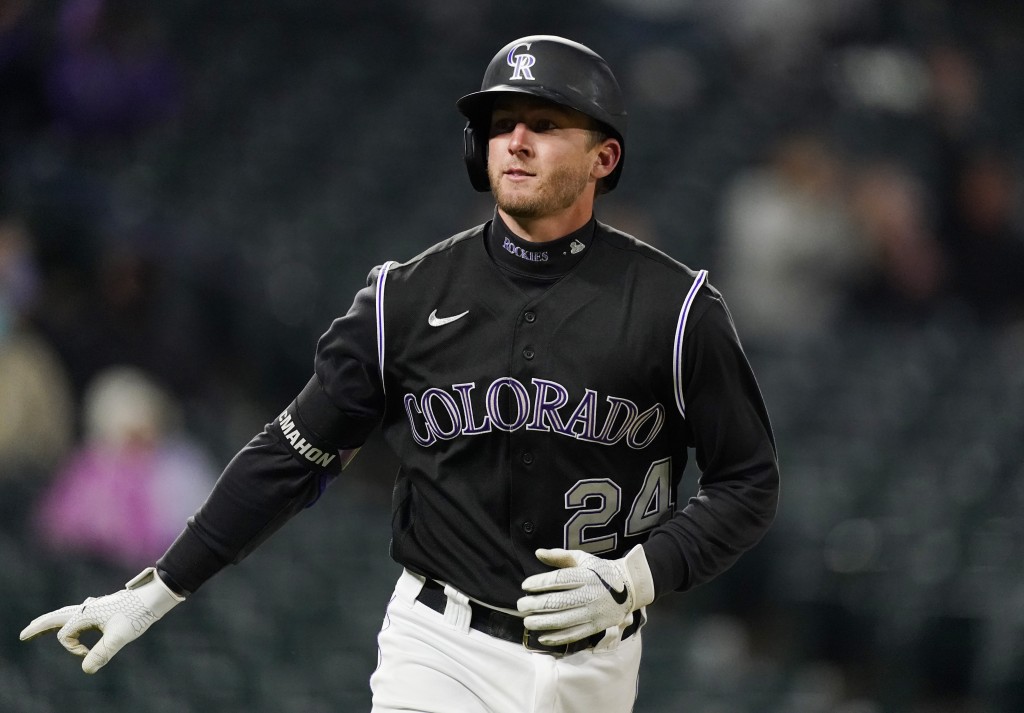 DENVER (AP) — Stephen Vogt homered and hit a go-ahead single in the 13th inning as the Arizona Diamondbacks overcame Ryan McMahon's three home runs, beating the Colorado Rockies 10-8 in a game delayed at the start by snow flurries Tuesday night.

McMahon hit three solo homers in his first three at-bats to become the 18th player in Rockies history with three in one game. He added an RBI double in the 13th.

Matt Peacock (1-0) had a big major league debut for the Diamondbacks, tossing two innings, getting his first hit and scoring a run in Arizona’s three-run 13th.

Temperatures hovered in the high 30s and players' breath was visible by the eighth inning while fans were bundled up around the Coors Field stands.

The teams each scored a run in the 10th and 12th before Arizona broke it open in the 13th. Vogt’s single to left field off Ben Bowden (0-1) drove in Eduardo Escobar. Peacock singled and Ketel Marte hit a two-run double.

McMahon and Dom Nunez went deep in the second inning and McMahon hit another in the fourth.

The Diamondbacks got a run in the fifth on pitcher Luke Weaver’s RBI single. Christian Walker hit a two-run homer to tie it in the sixth and then Vogt put them ahead with another two-run shot in the seventh.

Colorado got a run back in the seventh and Sam Hilliard tied it at 5 with a two-out homer off Chris Devenski.

Rockies: INF Josh Fuentes (sore left wrist) did not start but pinch-hit in the 10th and stayed in the game. ... OF Raimel Tapia returned after being out of Sunday’s starting lineup with whiplash suffered in Saturday’s game against the Los Angeles Dodgers. He had a single.

Arizona placed right-handed reliever Joakim Soria on the 10-day injured list with a left calf strain, retroactive to Monday. Soria was hurt covering first base against San Diego on Sunday.

“It’s severe enough that he is going to be out 10 days. We were hoping that it would be a day-to-day but that wasn’t the case,” manager Torey Lovullo said. “He’s got 10 days to recuperate and we’ll re-evaluate at that point or as we’re getting closer to that day.”

The Diamondbacks activated Peacock from the taxi squad and he made his big league debut when he pitched the 11th inning.

The Diamondbacks will send out LHP Madison Bumgarner (0-0, 13.50 ERA) to face Rockies RHP Antonio Senzatela (0-1, 18.90) on Wednesday night in the second game of the three-game series.