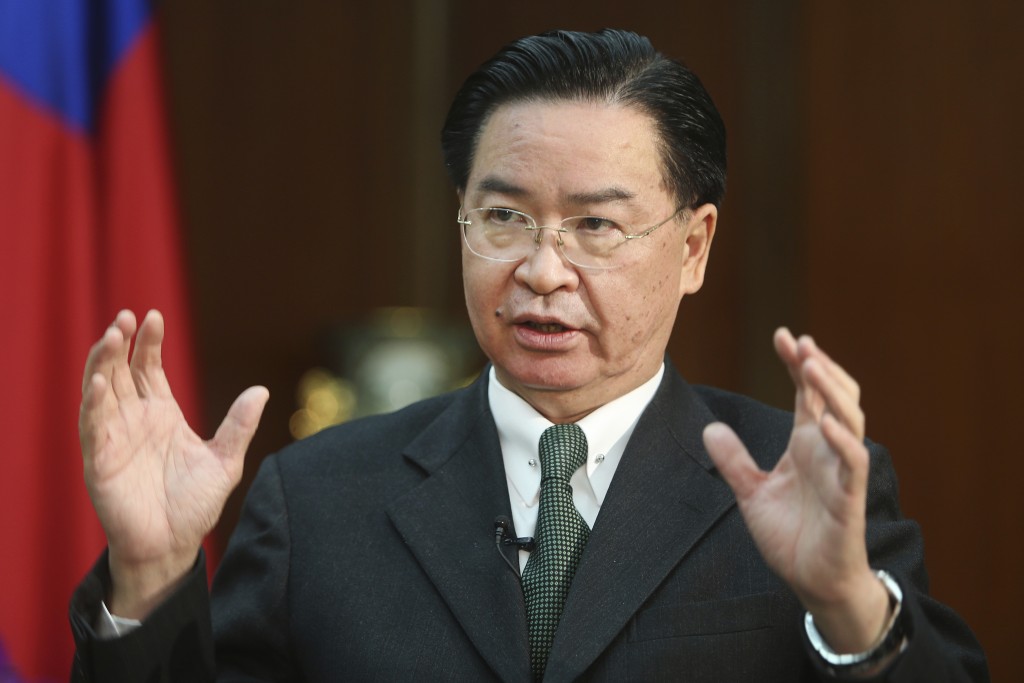 TAIPEI, Taiwan (AP) — Taiwan’s foreign minister said Wednesday that China’s attempts at conciliation and military intimidation are sending “mixed signals” to people on the island China claims as its own territory to be won over peacefully or by force.

“On the one hand they want to charm the Taiwanese people by sending their condolences but at the same time they are also sending their military aircraft and military vessels closer to Taiwan aimed at intimidating Taiwan’s people," Wu told reporters at a briefing at the ministry.

“The Chinese are sending very mixed signals to the Taiwanese people and I would characterize that as self-defeating," Wu said.

China does not recognize Taiwan's democratically elected government, and leader Xi Jinping has said “unification" between the sides cannot be put off indefinitely.

The vast improvements in China's military capabilities and its increasing activity around Taiwan have raised concerns in the U.S., which is legally bound to ensure Taiwan is capable of defending itself and to regard all threats to the island's security as matters of “grave concern."

China's military said Monday the new naval drills were meant to help it "safeguard national sovereignty, security and development interests,” terms often interpreted as being directed at Taiwan’s leadership which has refused to give in to Beijing’s demands that it recognize the island as part of Chinese territory.

Taiwan and China split amid civil war in 1949, and most Taiwanese favor maintaining the current state of de facto independence while engaging in robust economic exchanges with the mainland.

China has also created conditions for greater economic integration, while also targeting some communities such as pineapple farmers in hopes of weakening their support for the island’s government.

Chinese diplomatic pressure has been growing also, reducing the number of Taiwan's formal diplomatic allies to just 15 and shutting its representatives out of the World Health Assembly and other major international forums.