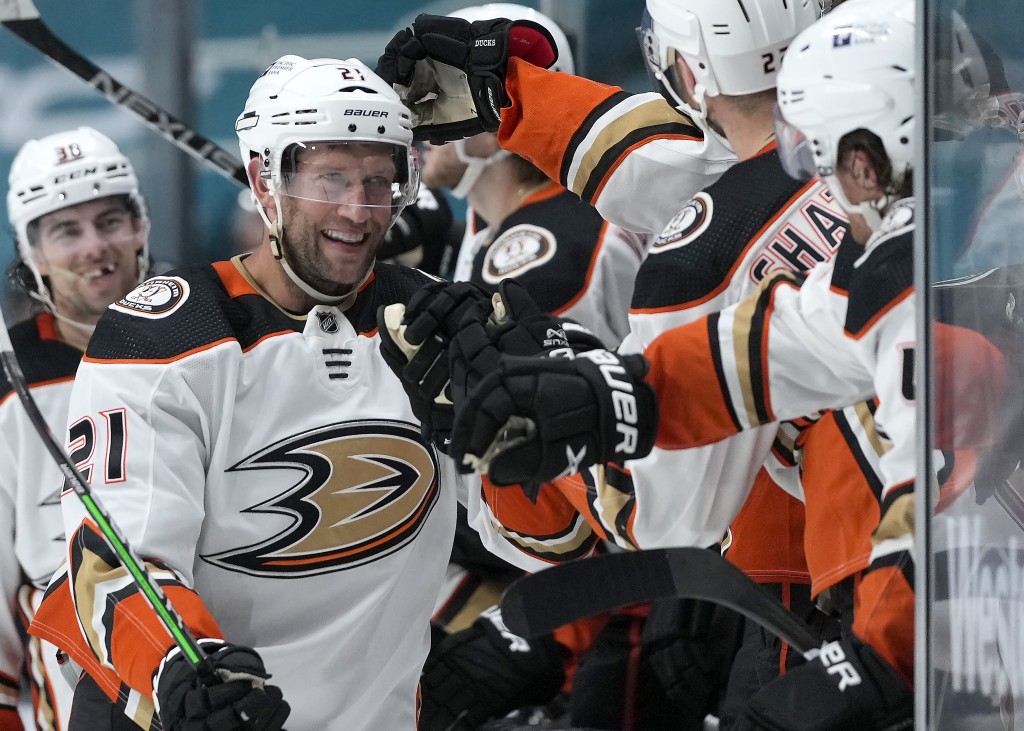 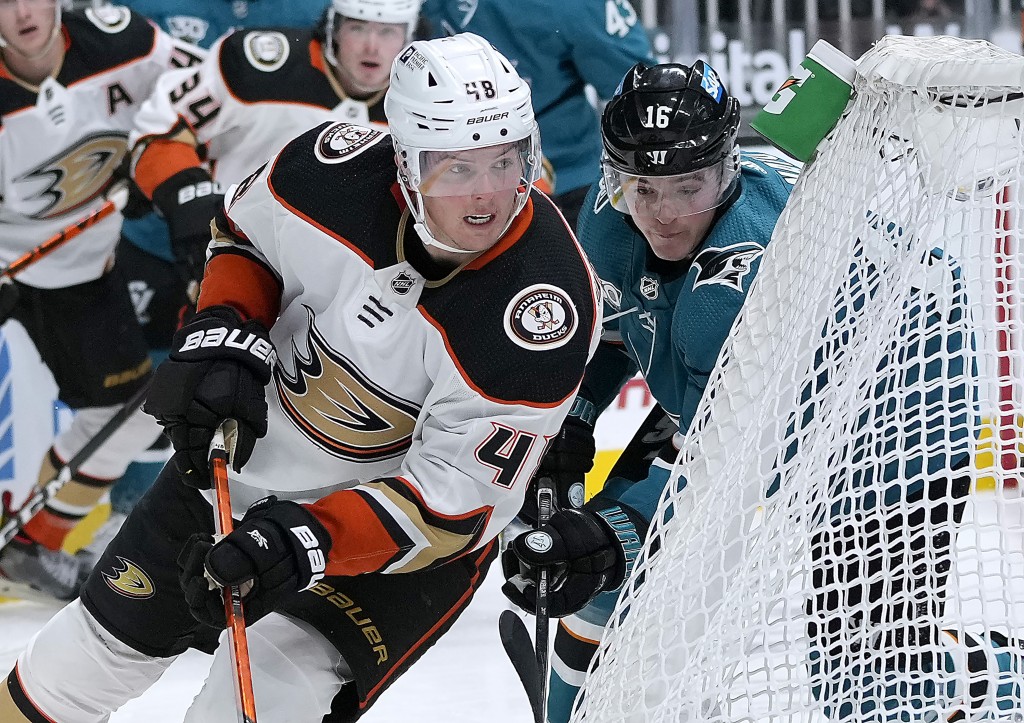 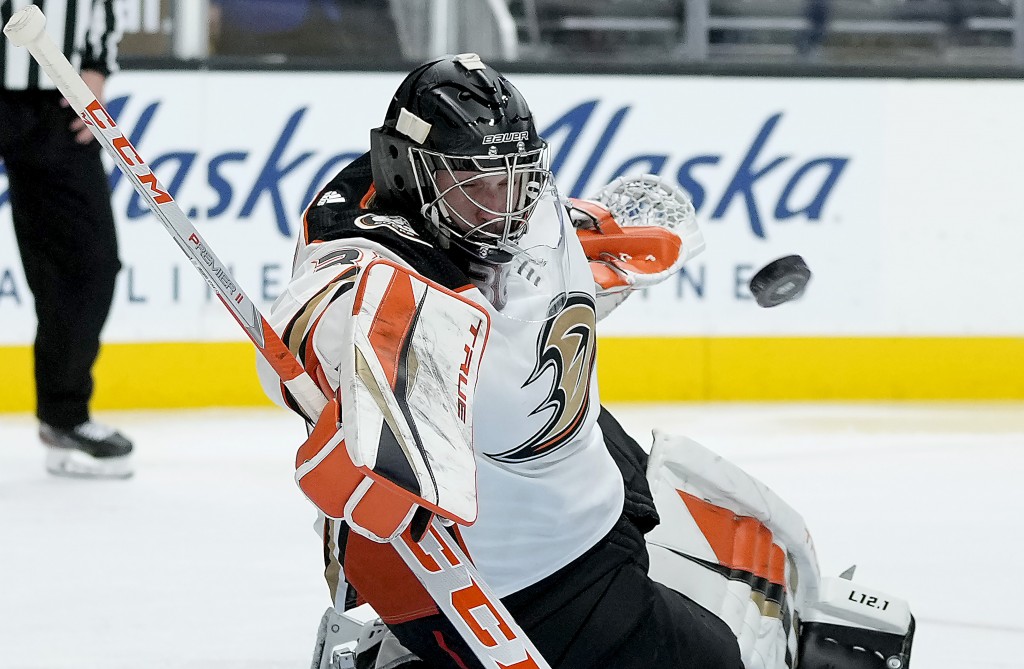 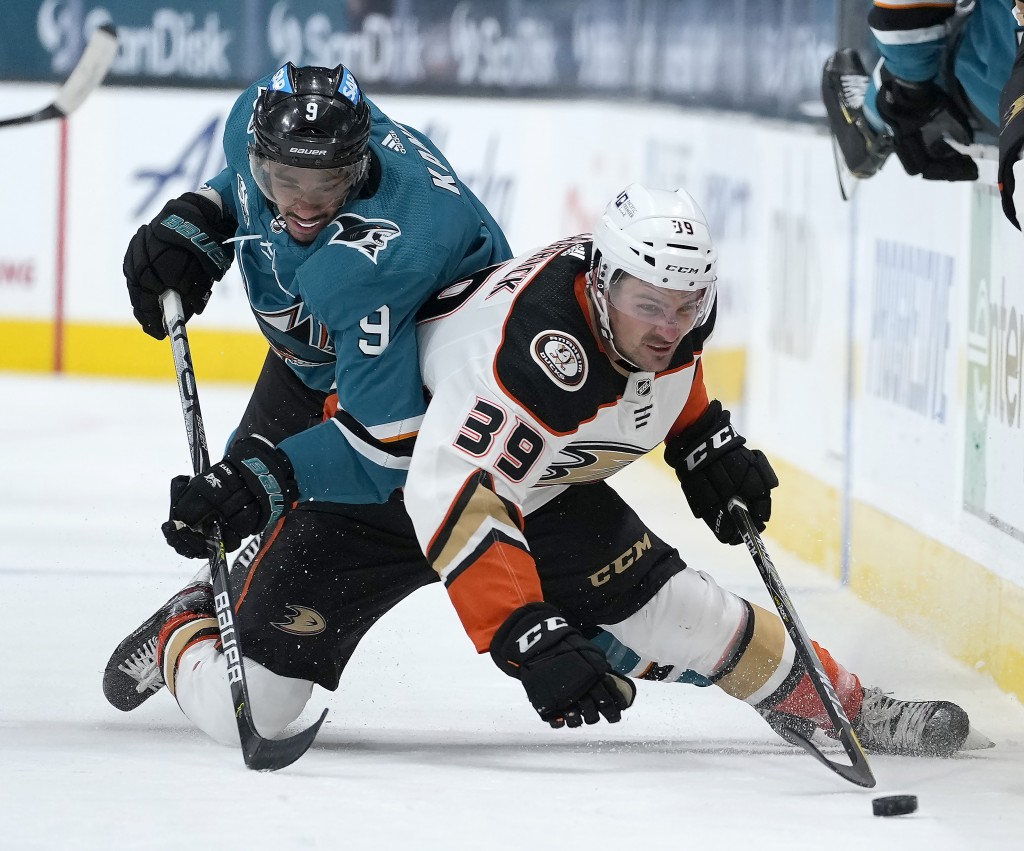 SAN JOSE, Calif. (AP) — David Backes and Nicolas Deslauriers each had a goal and an assist, and the Anaheim Ducks stopped San Jose's four-game win streak with a 5-1 victory over the Sharks on Tuesday night.

Adam Henrique, Isac Lundestrom and Max Comtois also scored for Anaheim, which had lost three in a row. John Gibson made 34 saves.

The Ducks grabbed control with three goals in the second.

Comtois made it 2-0 when he got his 11th goal 24 seconds into the period, converting a power-play opportunity.

After Marleau responded for the Sharks, Lundestrom made it 3-1 with his sixth at 2:44. Deslauriers tacked on his fourth of the season with 4:41 left in the period.

Backes added an empty-netter goal with 7:13 remaining, his third of the year. That was more than enough offense for Gibson, who earned his eighth win of the season.

Marleau scored his 565th goal, moving past Mats Sundin and Joe Nieuwendyk into sole possession of 23rd place on the career list. Marleau is eight goals behind Mike Bossy for 22nd.

Sharks: Defenseman Marc-Édouard Vlasic sat out with an upper-body injury and likely will not return this week. Vlasic was injured in the first period of Saturday’s game against the Los Angeles Kings.

With Vlasic out, Christián Jaroš made his Sharks debut, finishing with two blocked shots in 11:41. The Sharks acquired Jaroš in a trade with the Senators in January.