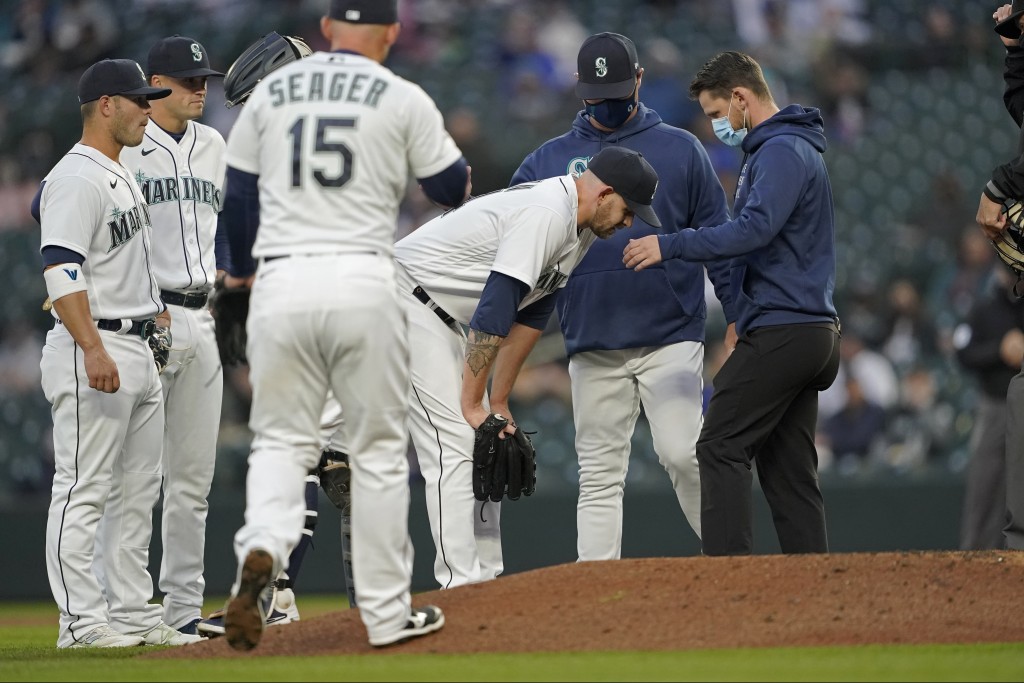 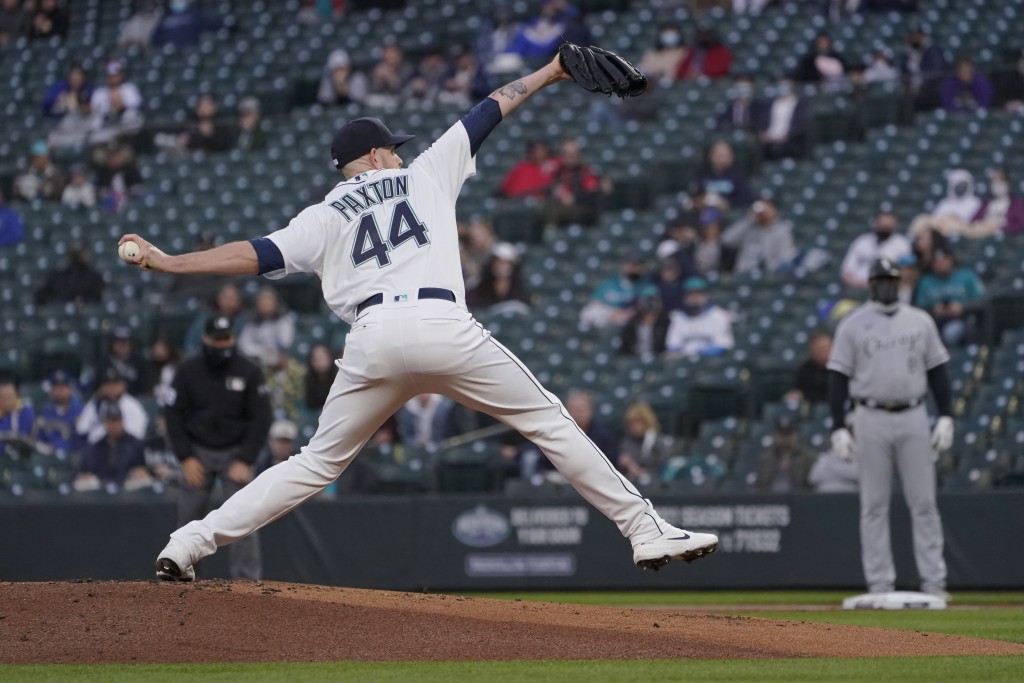 SEATTLE (AP) — Left-hander James Paxton departed the first start of his second stint with Seattle after throwing just 24 pitches against the White Sox on Tuesday night.

Paxton grimaced after throwing a 92 mph fastball to Chicago's Andrew Vaughn with one out in the second inning. Mariners manager Scott Servais and a trainer immediately came to the mound while Paxton bent over with his hands on his knees. After some discussion, Paxton walked off and was replaced by Nick Margevicius.

There was no immediate detail on Paxton's injury, but he appeared to be bothered by his left hip area before his final pitch.

Paxton, who spent the last two seasons with the New York Yankees after playing his first six years for Seattle, returned to the Mariners in February on a one-year deal worth $8.5 million.

He had surgery in February 2020 to repair a herniated disk and remove a cyst from his back. He went 2-3 with a 6.64 ERA in five starts for New York last year before being shut down with a left forearm strain.