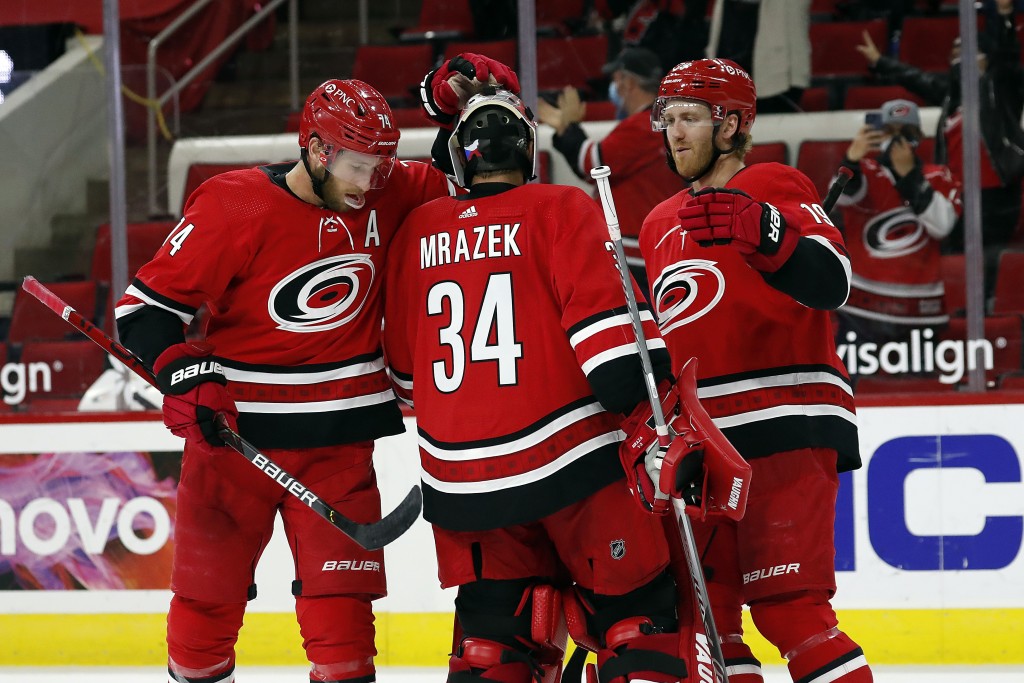 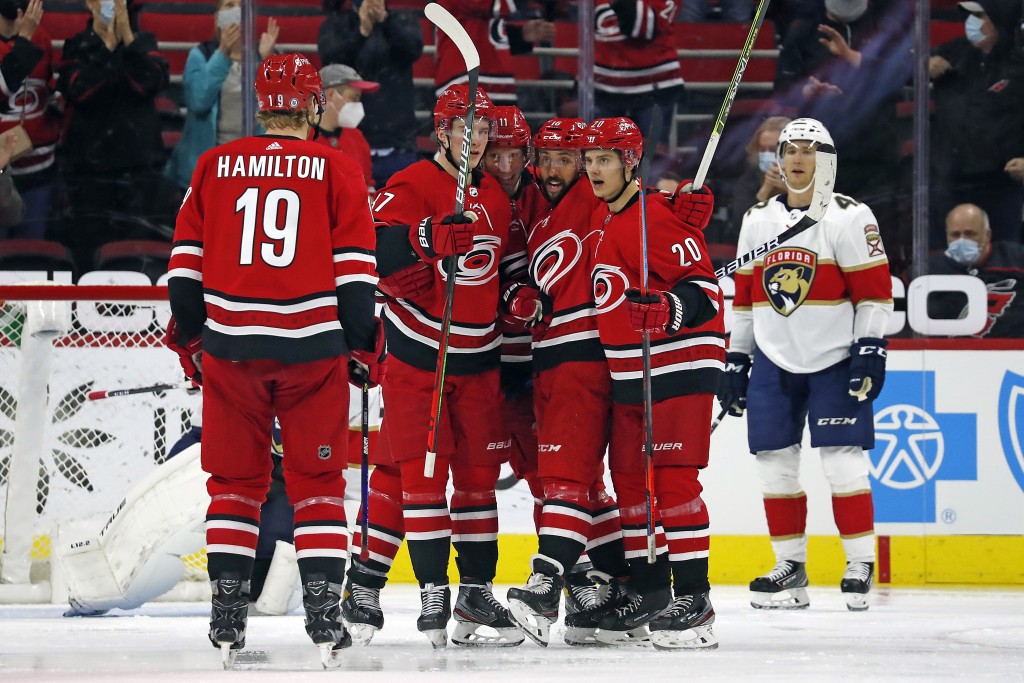 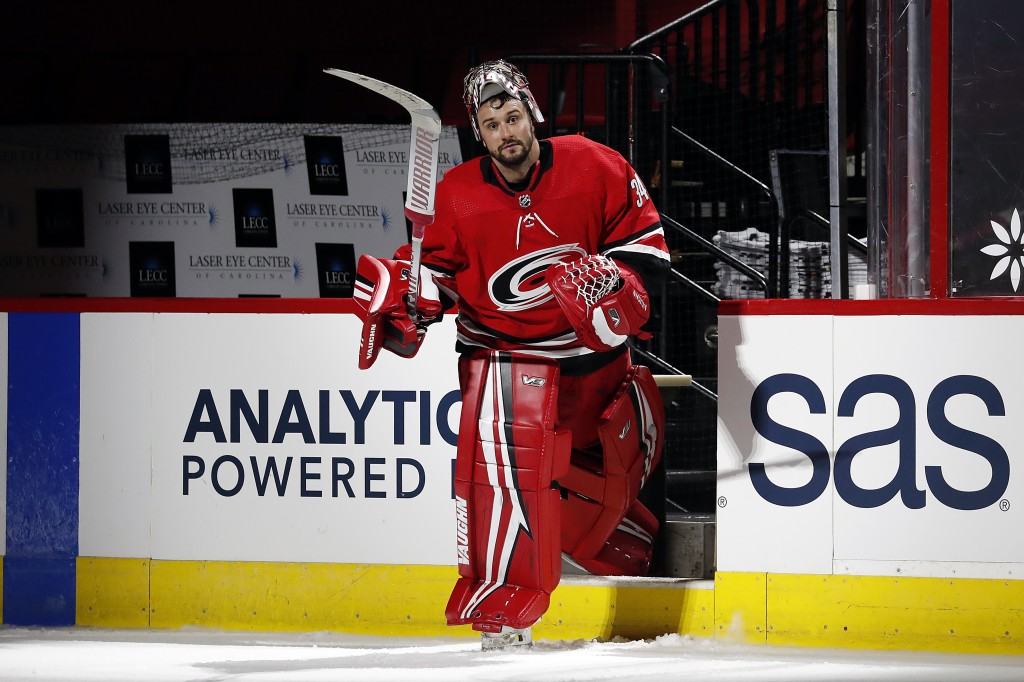 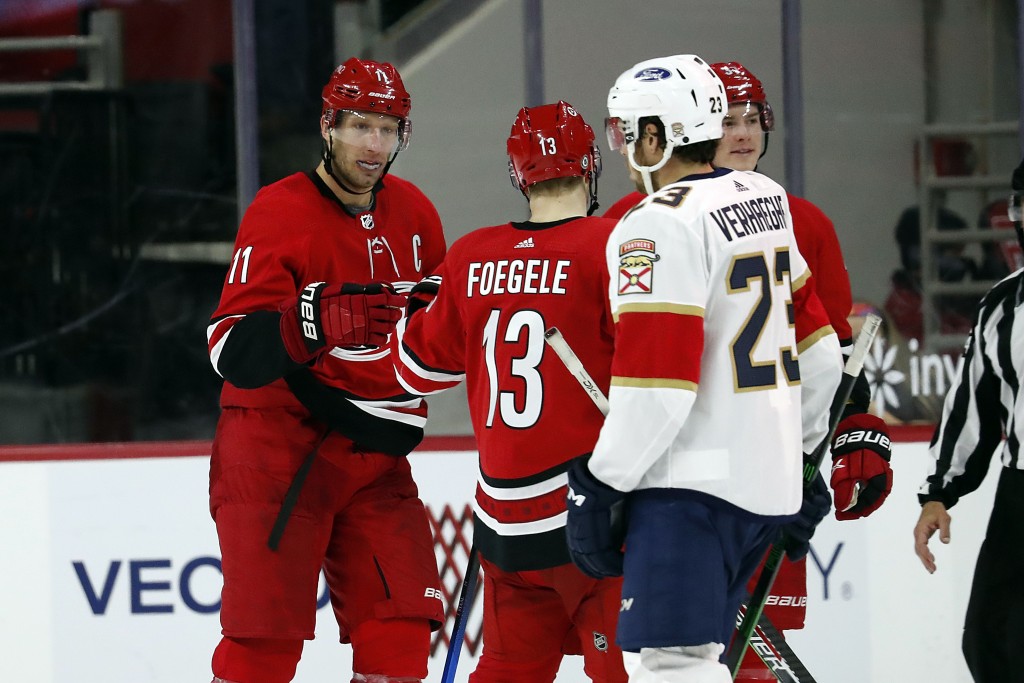 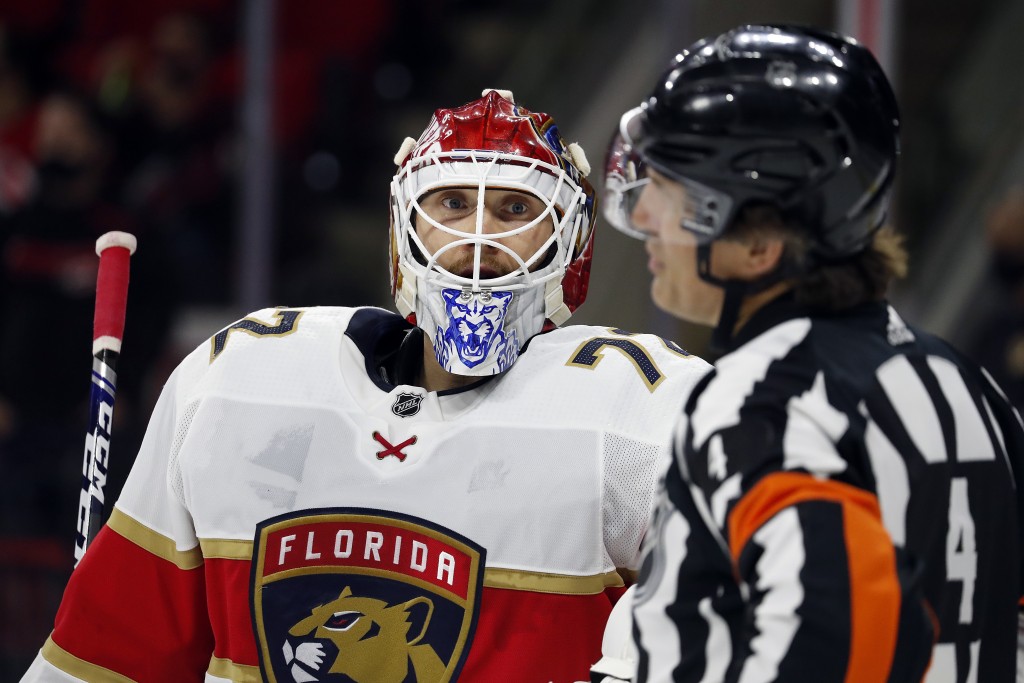 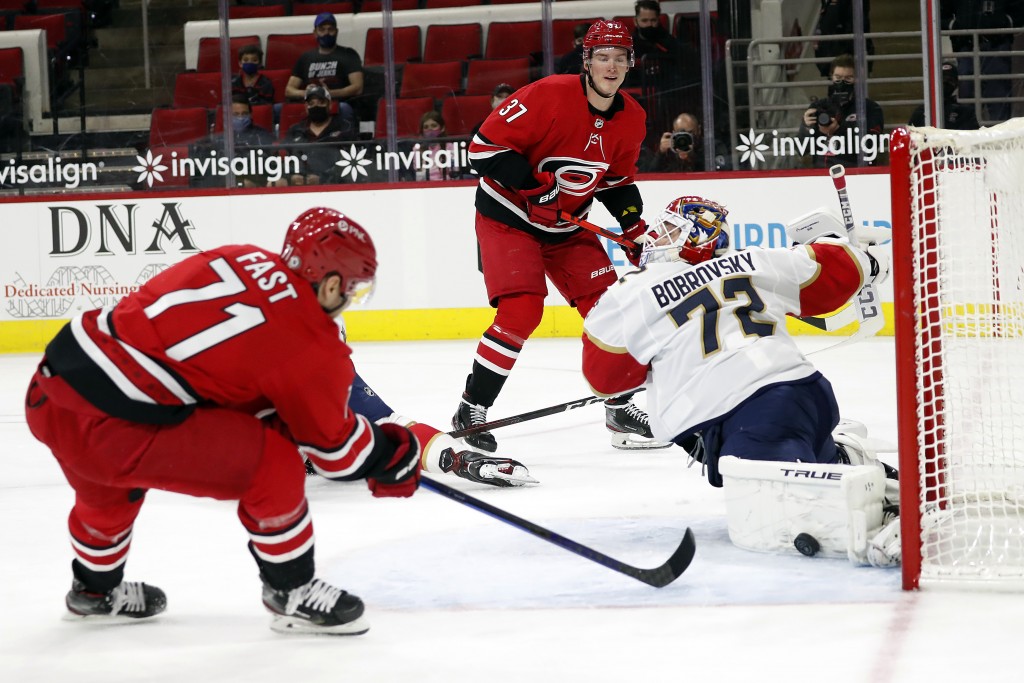 Vincent Trocheck scored a power-play goal against his former team and assisted on Dougie Hamilton's tying goal early in the third, also on the power play. Jesper Fast had a late goal for Carolina, and Sebastian Aho had three assists.

Aleksander Barkov scored both goals for the Panthers, whose six-game winning streak — the longest active run in the league — was snapped. The Panthers had been 18-0-1 when leading after two periods.

Florida was ahead 2-1 heading into the third in this one, but Hamilton tied it 45 seconds into the period.

Staal put the Hurricanes ahead with 11:08 remaining when the puck trickled past Florida goalie Sergie Bobrovsky, then added an empty-netter with 1:40 to play. Fast's empty-netter completed the scoring.

The Hurricanes won for the first time this season when trailing after two periods, improving to 1-4-0 in those games.

Petr Mrazek, in his second game back after a thumb injury that sidelined him for more than two months, made 34 saves for Carolina. Bobrovsky stopped 31 shots.

Trocheck has five goals in five games against his former team this season. The center was acquired by the Hurricanes in a February 2020 trade.

Barkov has scored three goals since returning to the lineup for three games following an injury. He has eight goals in his last nine games.