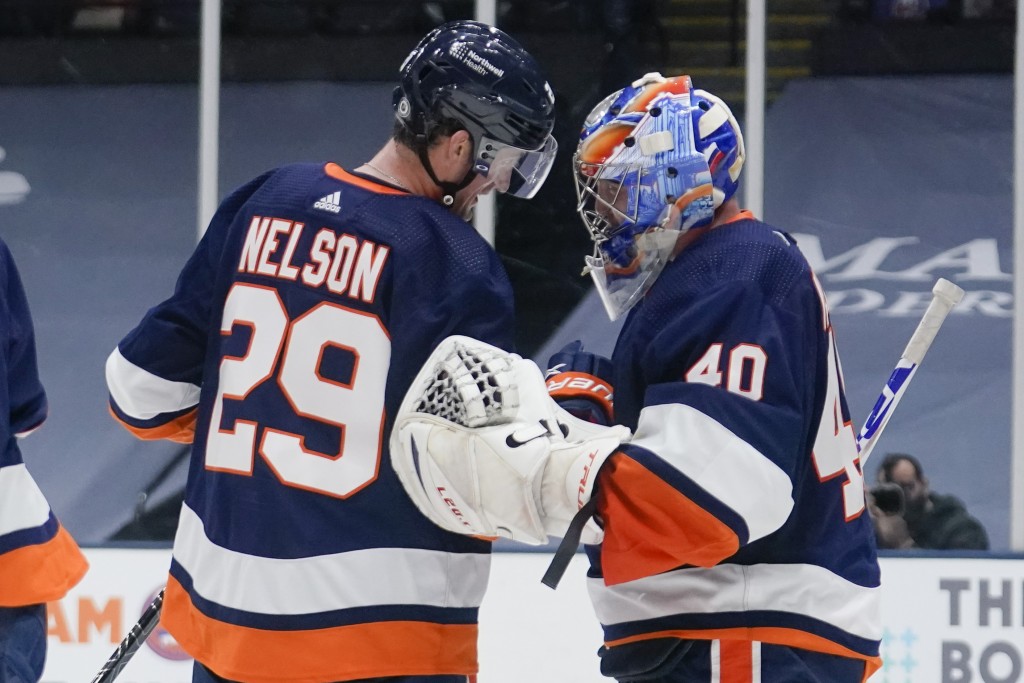 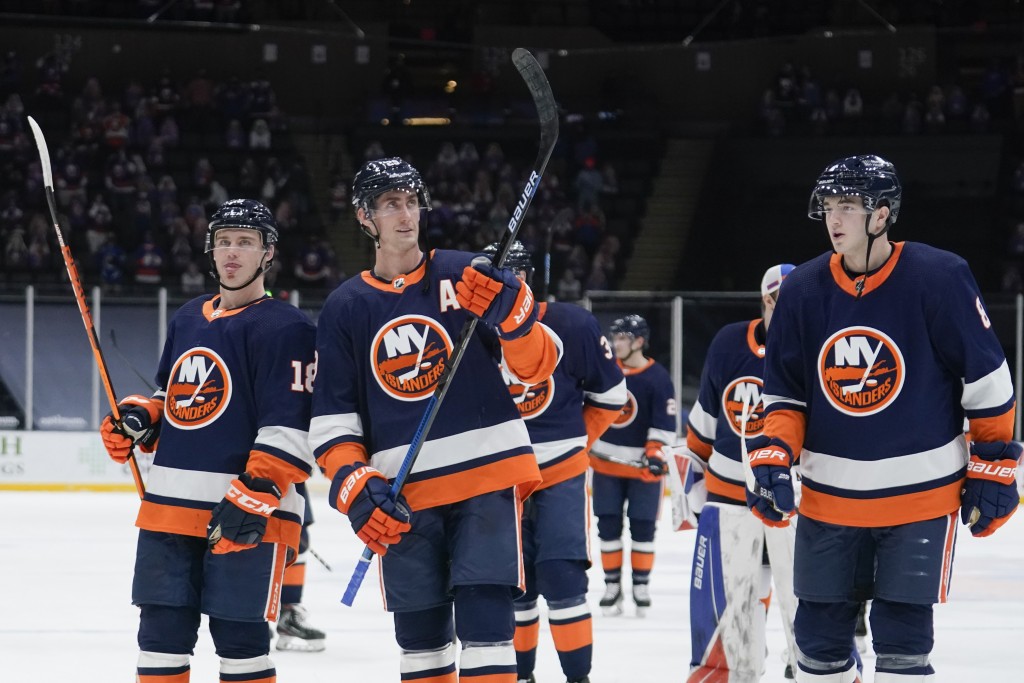 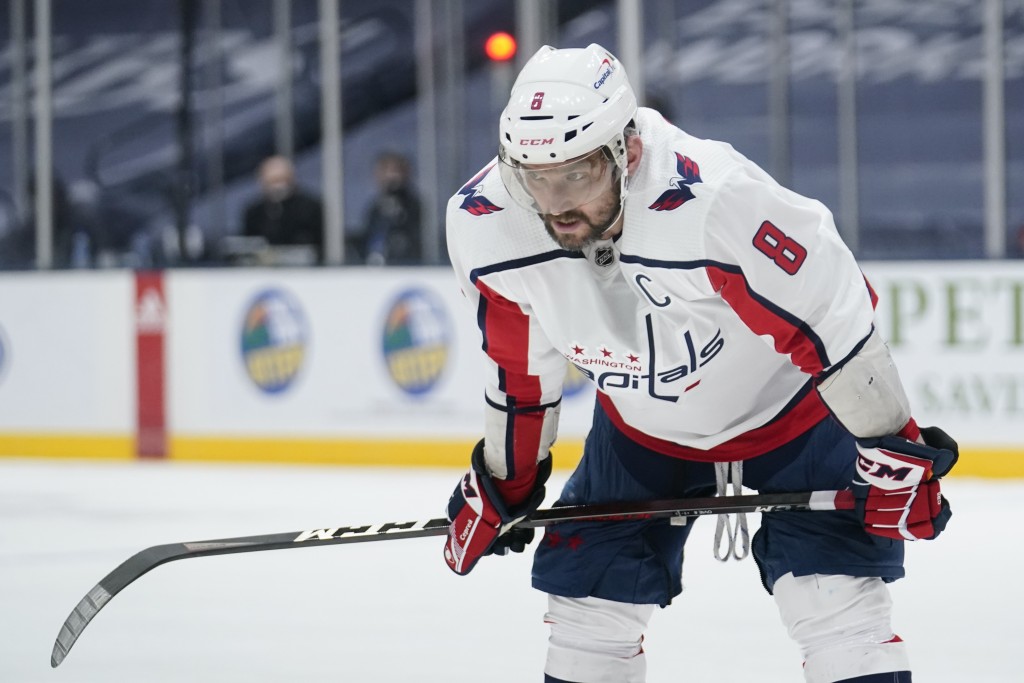 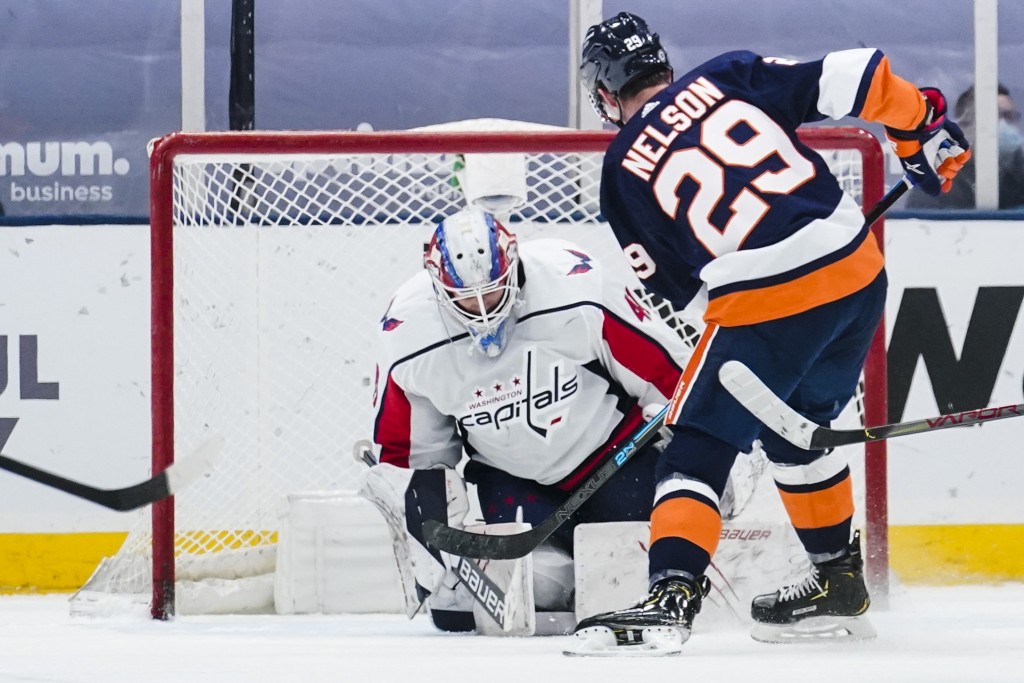 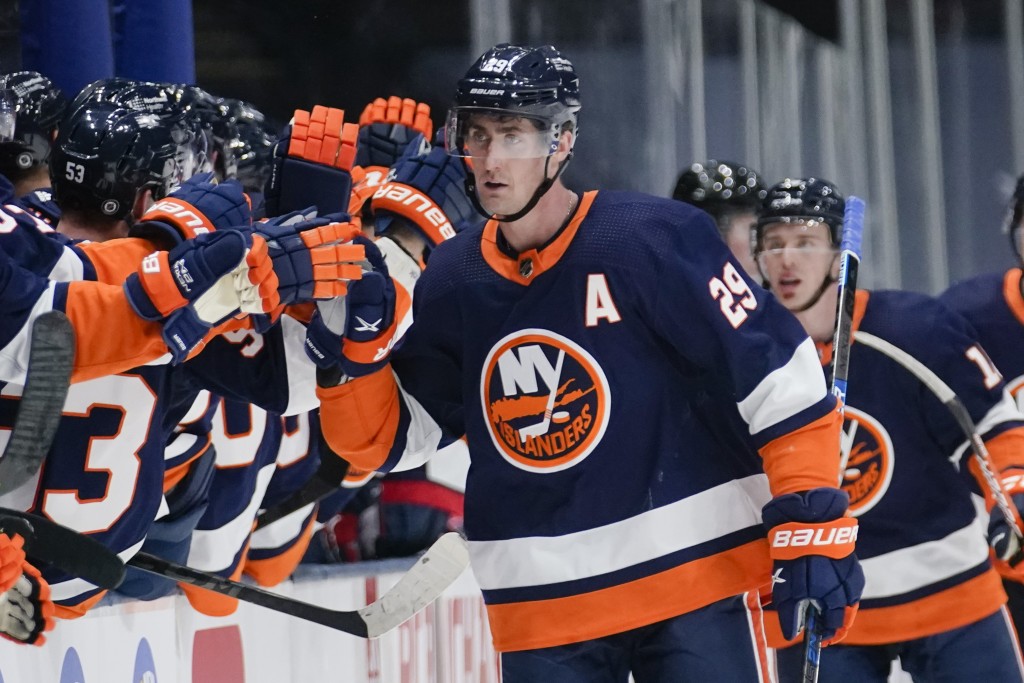 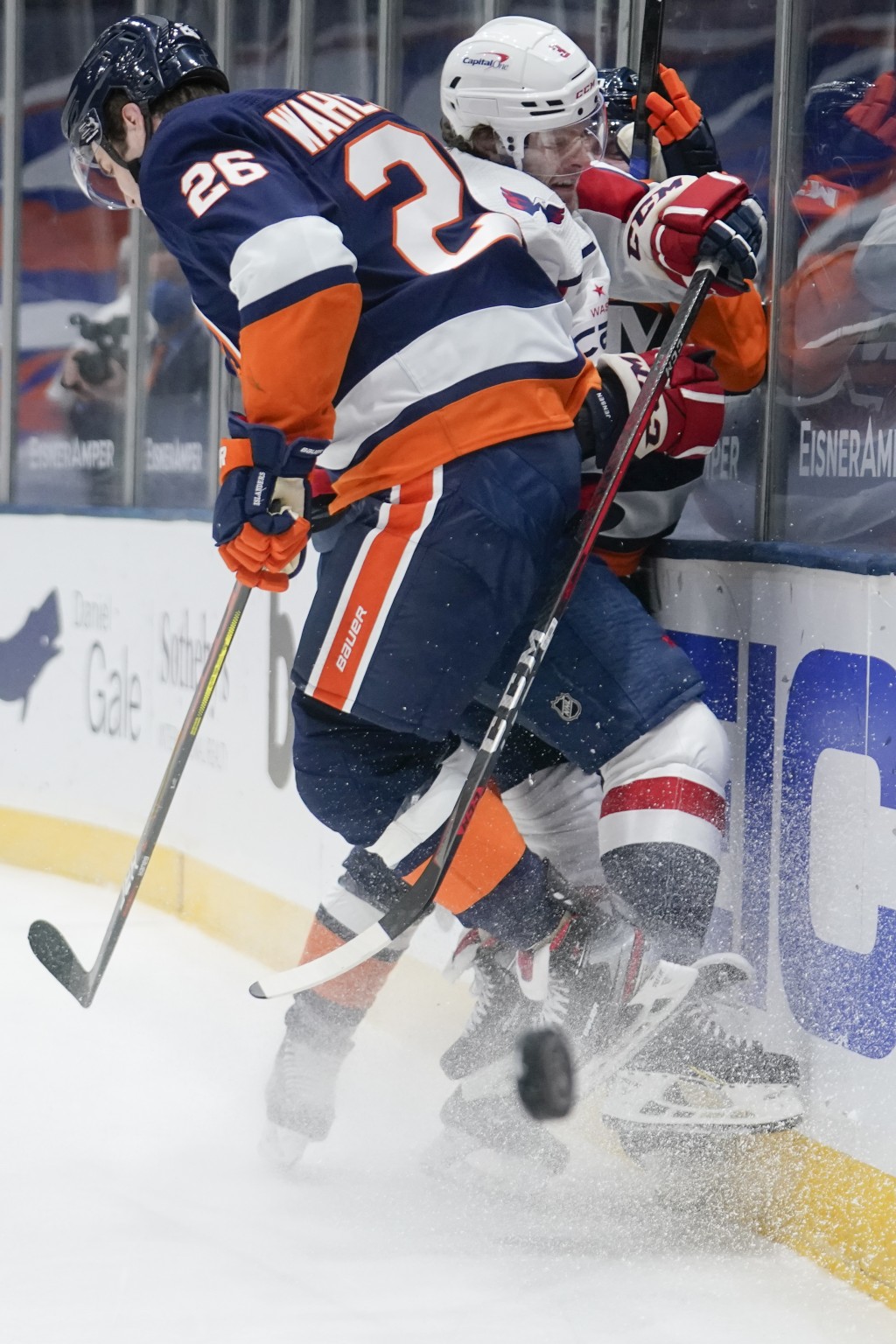 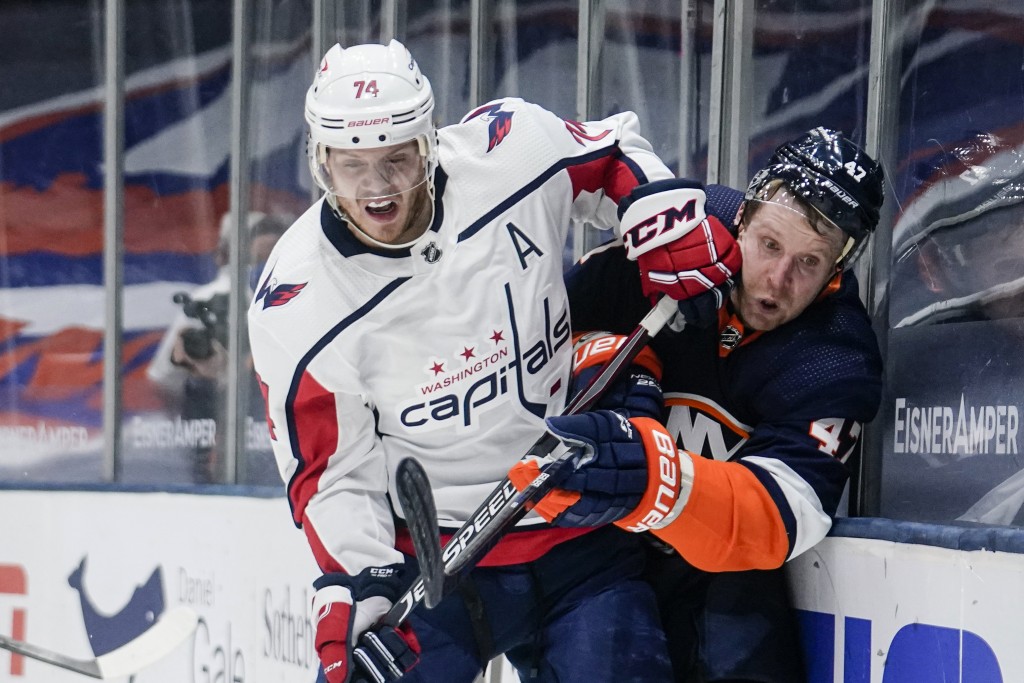 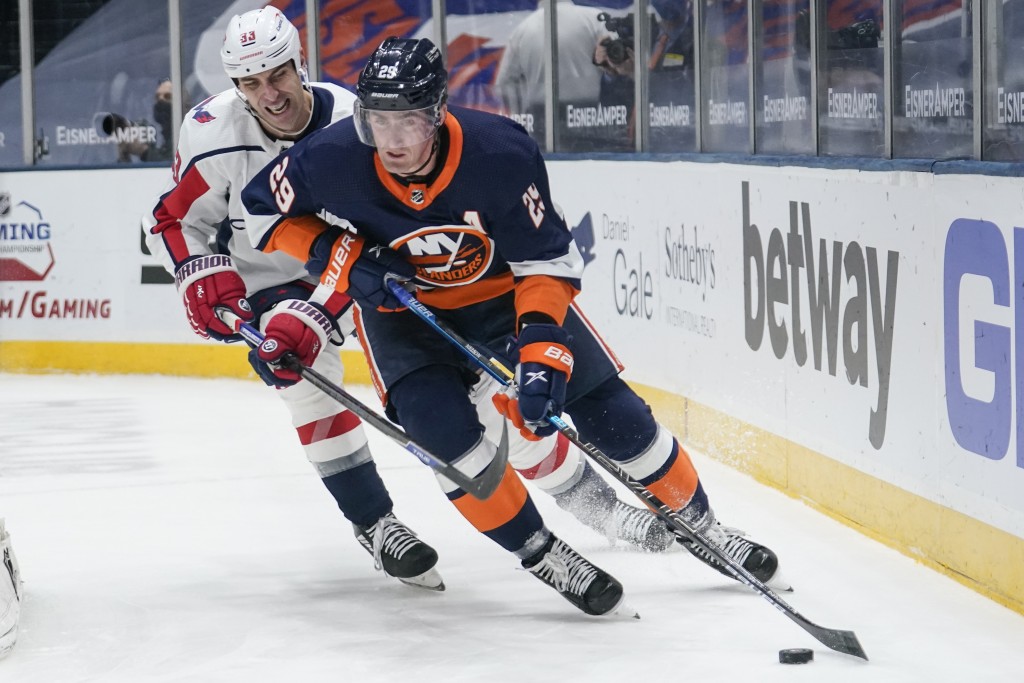 UNIONDALE, N.Y. (AP) — Brock Nelson scored with just under seven minutes left and Semyon Varlamov made 29 saves as the New York Islanders edged Washington 1-0 on Tuesday night to pull even with the Capitals for first place in the East Division.

Varlamov and Vitak Vanecek matched each other save for save for more than 50 minutes before Nelson scored his team-leading 14th goal assisted by defenseman Ryan Pulock at 13:05 of the third period.

Varlamov earned his fourth shutout this season and the 31st of his career. It was the first time he blanked his former Capitals team in a regular-season game.

New York improved to 16-1-2 at Nassau Coliseum, remaining the only team in the NHL with just one regulation loss at home.

The Islanders are 11-4-4 in games decided by a single goal, including a 6-4 record in regulation.

The game was much less chaotic than a meeting between the teams five days ago, when they combined for six goals in the first period and the Islanders won 8-4.

The Islanders held a 12-7 shots advantage in the first period, but the Capitals reversed that number in the second. It was the third time this season the Islanders and their opponents were scoreless through two periods.

The third started with a more frenetic pace, with both teams trading chances before Nelson was finally able to put a shot past Vanecek, who finished with 38 saves. The Islanders fired 20 shots at Vanecek in the third.

The Capitals won the first three meetings this season at home, outscoring New York 12-6. The teams will play two more times on Long Island and once in Washington.

The Islanders have three players with active streaks of least 200 games: Brock Nelson (284), Mathew Barzal (271) and Ryan Pulock (234). All three have appeared in every game since Barry Trotz became coach. Nelson is tied with Matt Moulson for fourth place in franchise history and 11 games from equaling captain Anders Lee, whose streak ended at 295 games on March 11 when he sustained a season-ending knee injury against the Devils.

TROTZ AGAINST THE CAPITALS

Since becoming coach of the Islanders before the 2018-19 season, Trotz is 6-7-0 in the regular season against the Capitals team he led to a Stanley Cup championship in 2018. Last Thursday’s win over Washington was the first in five tries at home against the Capitals over that span. The Islanders did defeat Washington in five games in last summer’s playoff bubble in Toronto.