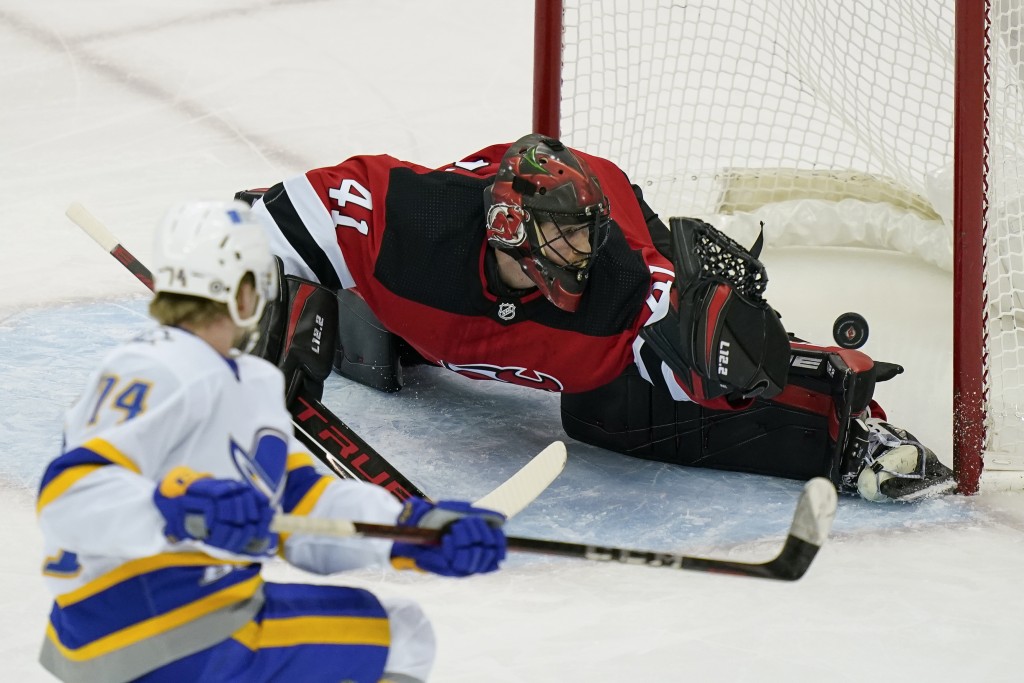 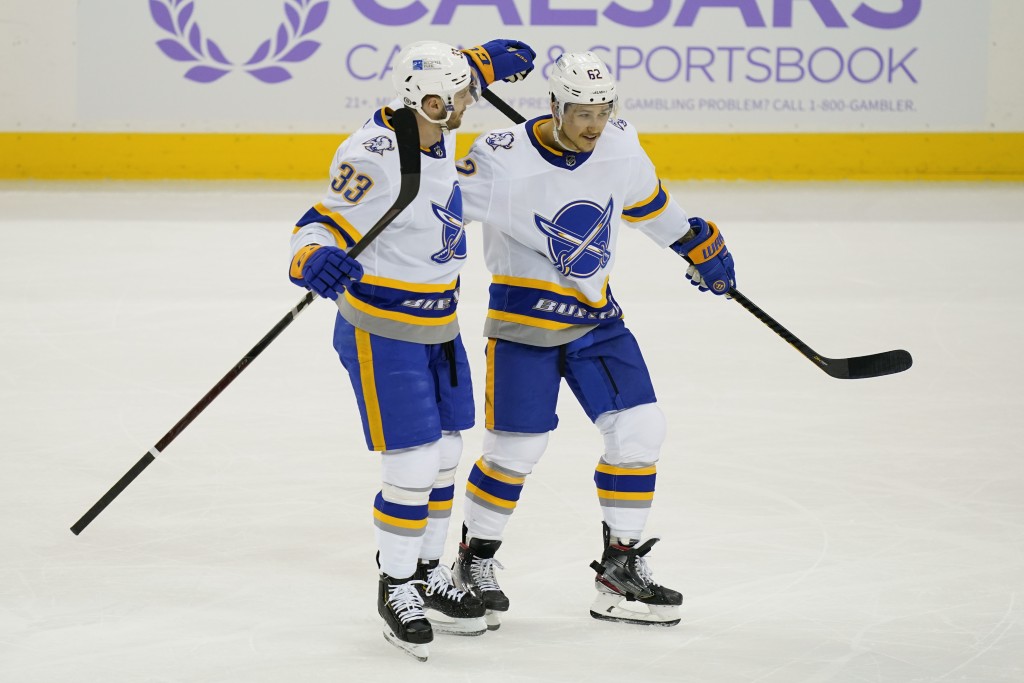 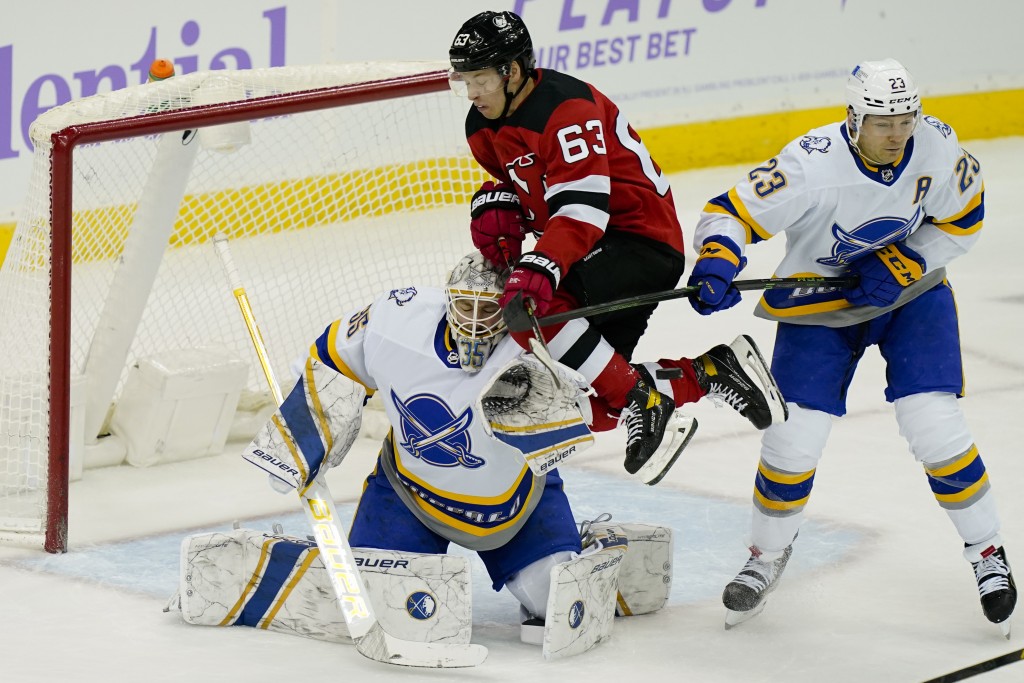 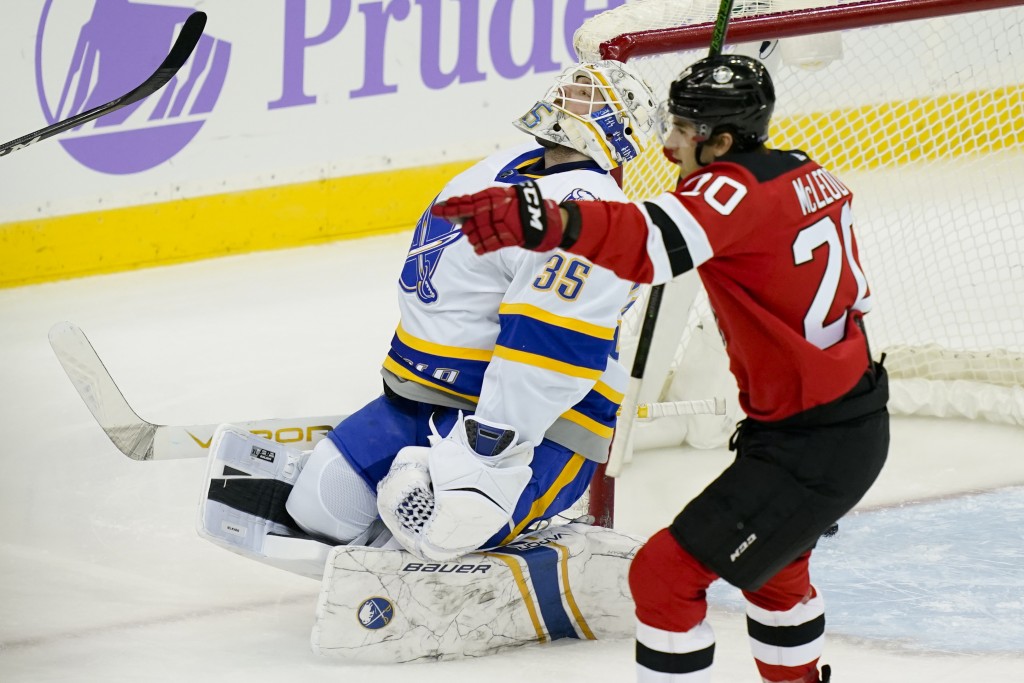 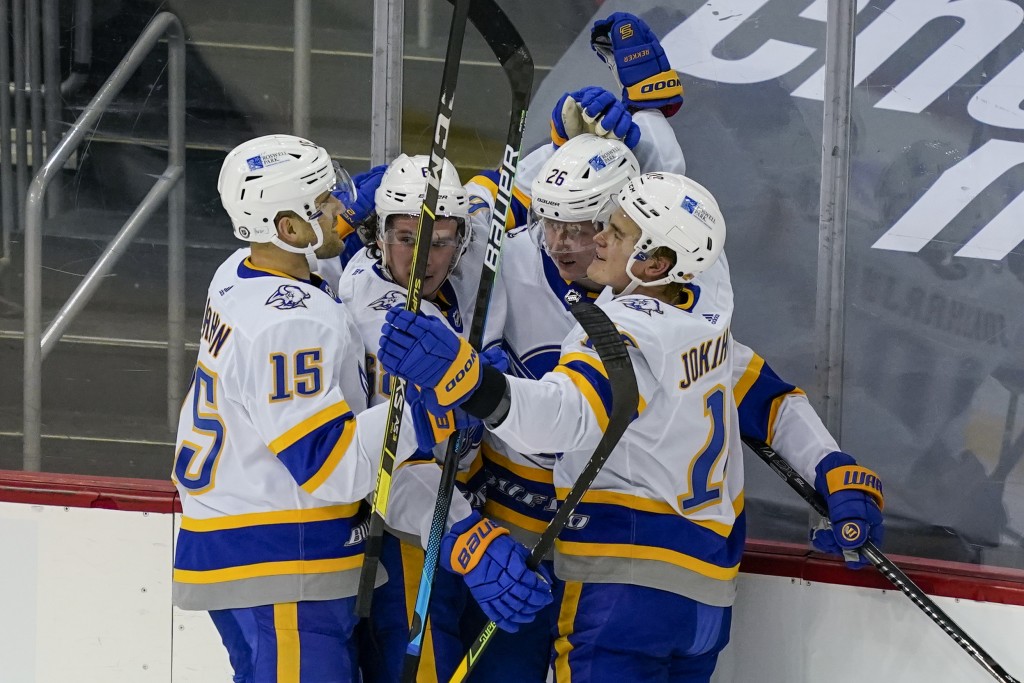 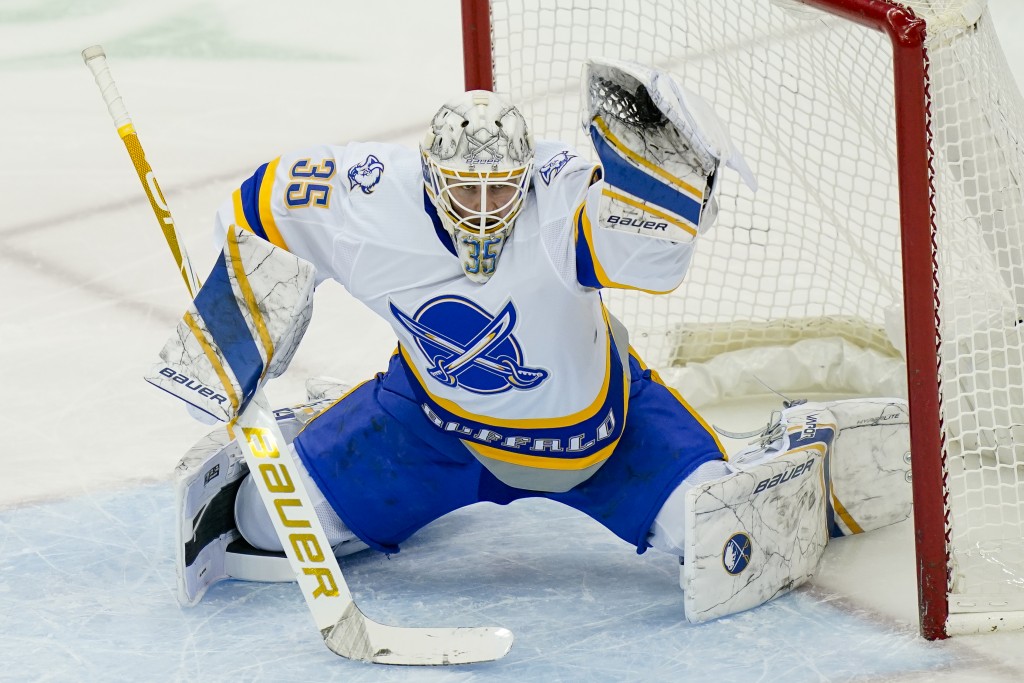 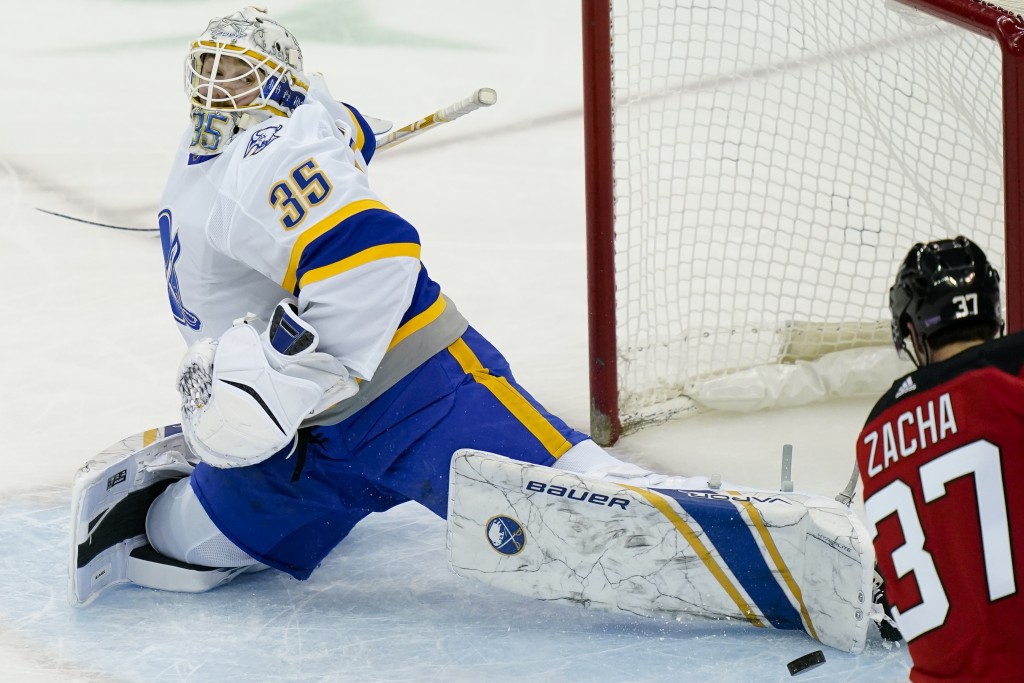 NEWARK, N.J. (AP) — Defenseman Rasmus Dahlin scored and set up the winning goal by Casey Mittelstadt as the Buffalo Sabres snapped a 10-game road winless streak with a 5-3 over the New Jersey Devils on Tuesday night.

Ramus Asplund, Brandon Montour and Rasmus Ristolainen also scored for the Sabres, who recently snapped an 18-game winless streak. Linus Ullmark made 27 saves to beat the Devils for the fourth time this season.

Damon Severson, Jesper Bratt and Pavel Zacha scored for New Jersey, which is 1-4-2 in its last seven games. Scott Wedgewood made 13 saves in his first start in five games.

Dahlin tied the game 3-all at 15:19 of the second period with a shot from low in the left circle. It was only the third goal of the season for the No. 1 overall pick in the 2018 draft.

Mittelstadt's game winner came with 9:40 left in regulation with the Sabres on their second power play of the period. Dahlin prevented Travis Zajac from clearing the puck, skated to the right circle and found Mittelstadt for a redirection into an open net.

The game between the bottom two teams in the East Division was entertaining and was tied 3-all after two periods. It also featured the NHL debut of Tyce Thompson, the brother of Sabres forward Tage Thompson.

Tyce Thompson helped the Devils take an early with lead, putting a shot on goal that Ullmark couldn't handle. Severson knocked in the rebound.

Taking advantage of a turnover and nice pass by Mittelstadt, Asplund tied the game for Buffalo midway through the first period.

Montour scored his fourth goal in five games with a rebound in the final minute of the opening period, but Bratt tied the game in the final second with a power-play goal.

Zacha knocked in his own rebound while basically sitting on the ice to give New Jersey a 3-2 lead. Dahlin answered just over four minutes later.

WAITING FOR THE TRADE

Kyle Palmieri of the Devils and Taylor Hall of the Sabres are waiting to find out where they will be headed to play in the next few days.

Both unrestricted free agents are being held out of their respective lineups while their teams work out trade deals prior to Monday's trade deadline.

Palmieri was put on ice on Sunday. Hall joined him in limbo on Tuesday.

The Thompsons come from a hockey family. Their father, Brent, spent six seasons in the NHL. He is currently the coach of the Bridgeport Sound Tigers, the AHL affiliate of the New York Islanders.

Brent Thompson was unable to attend the game but his wife, Kim, was at the game.

The Devils have three players who have played against their brothers in the NHL. Defenseman P.K. Subban's brother is Chicago goaltender Malcolm Subban. Center Jack Hughes is brother of Vancouver defenseman Quinn Hughes. Forward Jesper Boqvist and Chicago defenseman Adam Boqvist are brothers.

NOTES: The Sabres dressed seven defenseman with Matt Irwin picking up the extra shifts. ... Bratt's goal ended an 0-for-16 run on the power play for New Jersey. ... Devils rookie F Mikhail Maltsev, who had four goals, picked up his first career assist on Severson goal.... Asplund has goals in three of the last five games. ...

Teams finish the season series with a game in Buffalo Thursday night.