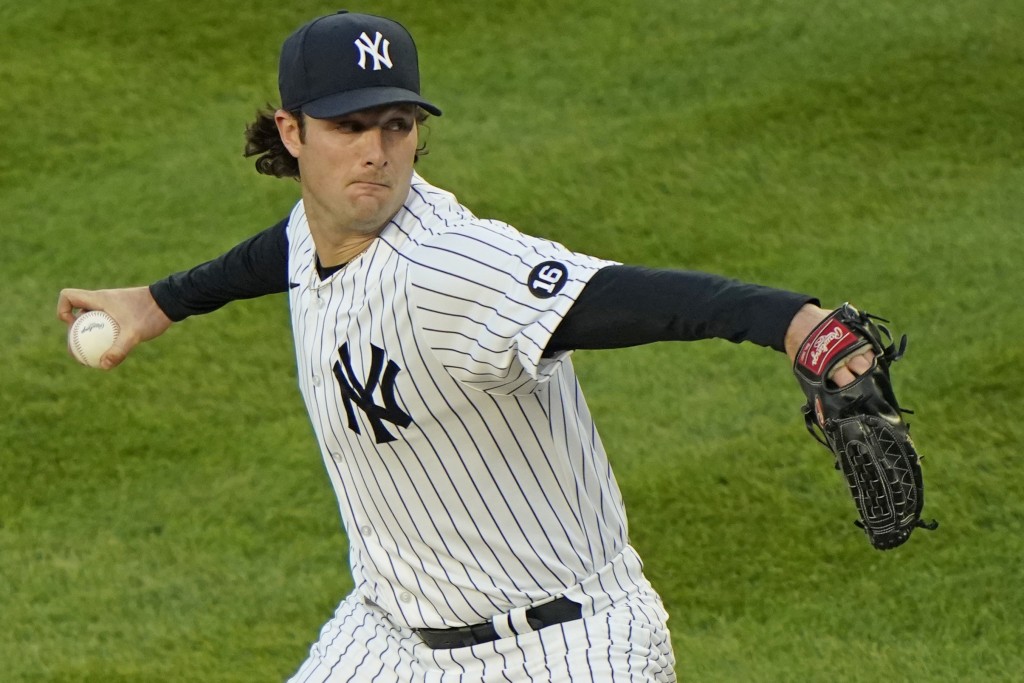 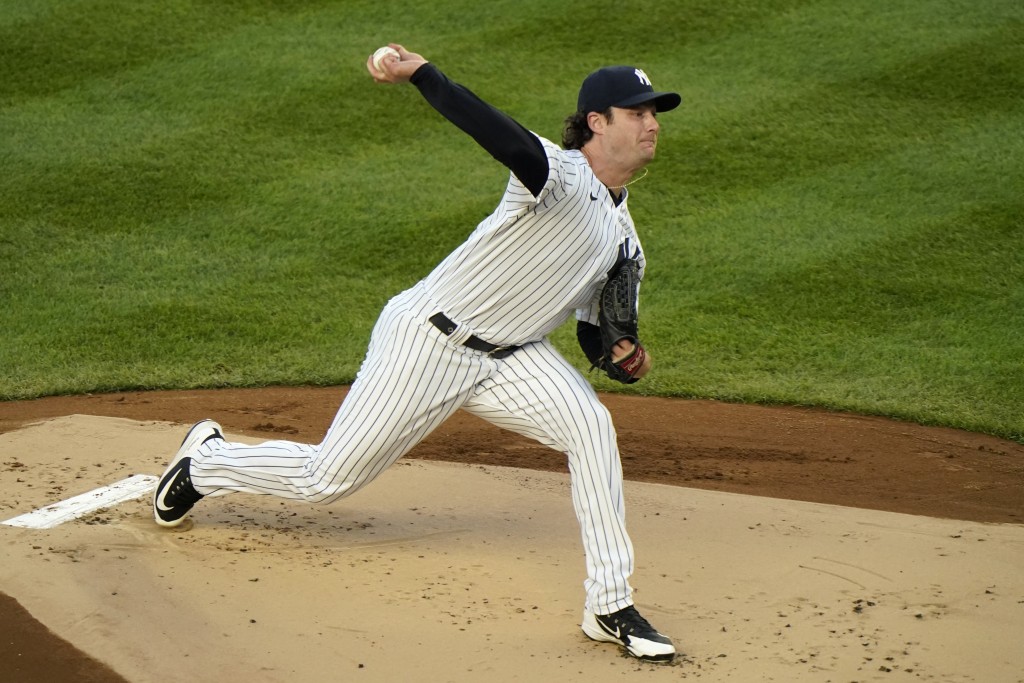 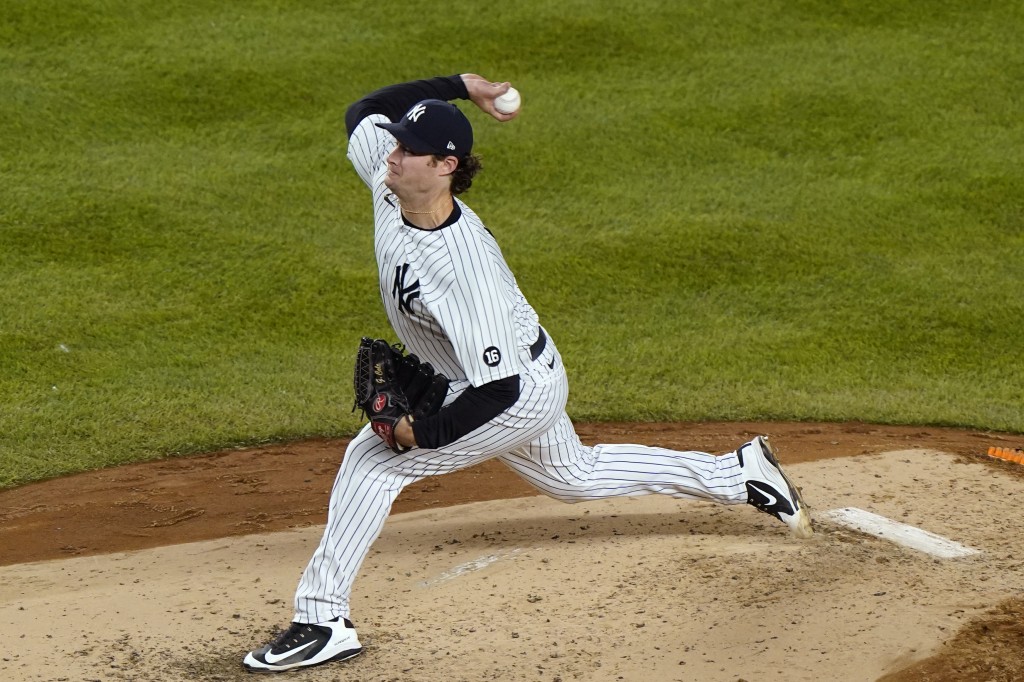 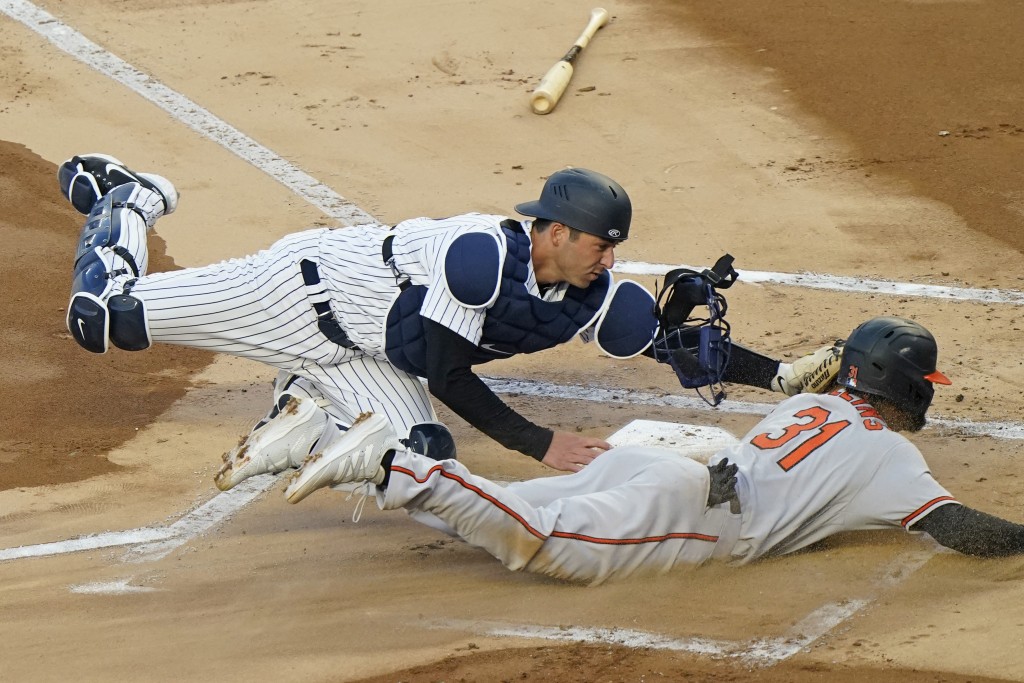 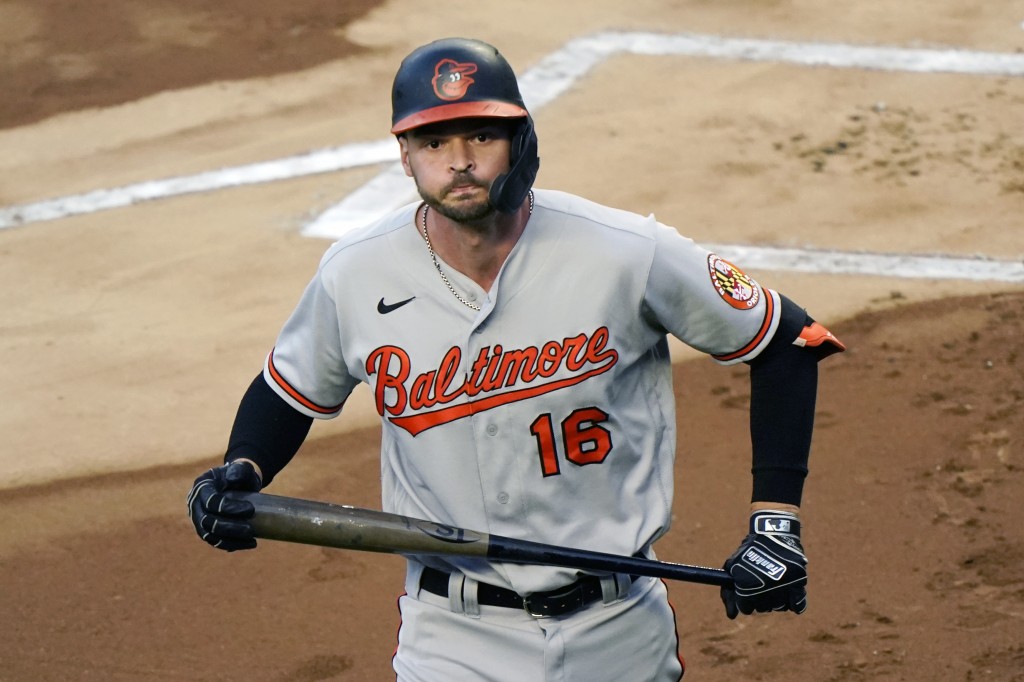 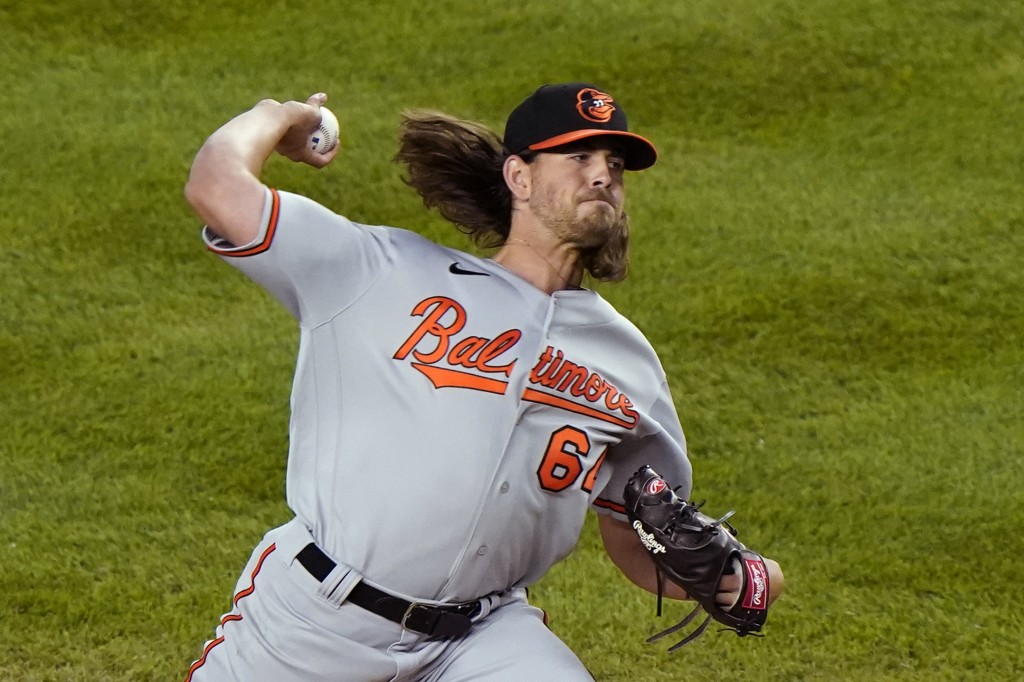 NEW YORK (AP) — Gerrit Cole struck out 13 and walked none over seven scoreless innings in his most dominant start since joining the New York Yankees, overwhelming the Baltimore Orioles 7-2 Tuesday night for his first win this season.

Cole (1-0) allowed four hits, three of them singles, in the type of the performance that showed why the Yankees made him baseball’s highest-paid pitcher in December 2019 with a $324 million, nine-year contract.

Jay Bruce backed him with his first Yankees home run, a solo shot in the second off Dean Kremer (0-1), and Aaron Judge added a three-run homer in the eighth.

New York has won a team-record 12 straight home games against the Orioles since May 2019, outscoring Baltimore 76-28. It moved above .500 for first time this year at 3-2.

Pitching with long sleeves on a night with a gametime temperature of 68, Cole threw 71 of 97 pitches for strikes. The 30-year-old right-hander induced 23 swinging strikes and got 17 called strikes from plate umpire Marty Foster.

He warmed up to the Rolling Stones’ “Gimme Shelter,” and the Orioles could find none. Cole got stronger as the night went on, throwing at up to 100.5 mph and retiring his last 12 batters. All four pitches were effective: He mixed 40 fastballs with 23 sliders, 21 knuckle-curves and 14 changeups.

Father Mark Cole, mother Sharon Cole and sister Erin looked on from the suite level, as they did for his no-decision against Toronto in Thursday’s opener. With no fans allowed during the 2020 regular season because of the pandemic, these were their first two chances to watch him pitch at Yankee Stadium for the team Mark Cole grew up rooting for.

Cole’s was just the seventh start ever for the Yankees of seven shutout innings with 13 strikeouts and no walks: Mike Mussina did it against Boston and Baltimore in September 2001, and Ron Guidry (1984), John Candelaria (1988), David Wells (1998) and Masahiro Tanaka (2017) did it once each. He became the first Yankees pitcher to strike out seven batters in 11 straight regular-season starts.

After Gary Sánchez caught the first four games, Kyle Higashioka caught Cole, as he did during last year’s playoffs.

Lucas Luetge allowed Rui Ruiz's two-run homer with two outs in the ninth after Ryan Mountcastle beat a two-out single on a call upheld in a video review.

Bruce led off the second with a Bronx special into the right-field short porch that traveled just 354 feet. New York’s first baseman while Luke Voit recovers from knee surgery, Bruce was moved up to No. 3 in the batting order in place of slumping center fielder Aaron Hicks, who got the night off.

Bruce saved a run in the first, throwing out speedy Cedric Mullins trying to score from third on Anthony Santander’s one-hopper with the infield in.

Orioles pitchers struggled with control for the second straight night. They have walked 12 in the series.

Adam Plutko, who was teammates with Cole and Trevor Bauer at UCLA in 2011, gave up DJ LeMahieu’s run-scoring double-play grounder and Judge’s RBI single. Giancarlo Stanton added an RBI double in the seventh off Tyler Wells, and Judge went deep against Wade LeBlanc.

Infielder Rougned Odor was acquired by the Yankees for minor league outfielders Antonio Cabello and Josh Stowers. The 27-year-old Odor did not make the Rangers’ opening-day roster and was designated for assignment on April 1. He is a left-handed hitter, and the Yankees have a mostly right-handed lineup. Texas will pay the Yankees cash to cover all but a prorated share of the $570,500 minimum this year and the 2022 minimum, which is still to be negotiated. Odor will cost nothing to the Yankees for purposes of the luxury tax. New York optioned right-hander Michael King to the alternate training site and designated infielder Thairo Estrada for assignment.

RHP Jameson Taillon starts Wednesday’s series finale in his first major league appearance since May 1, 2019, with Pittsburgh after recovering from his second Tommy John surgery that Aug. 13. New York skipped him the first time through the rotation. “It’s kind of felt like one big multiyear buildup,” Taillon said. “What’s five more days to add to the wait?" LHP John Means (1-0) starts for Baltimore after allowing one hit in seven scoreless innings at Boston.