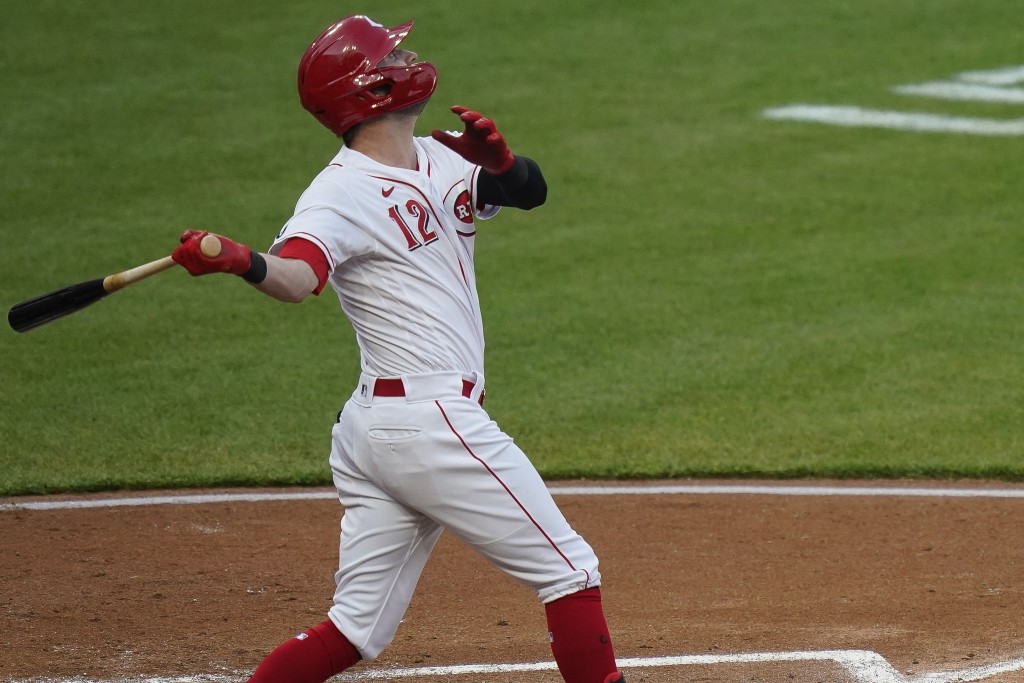 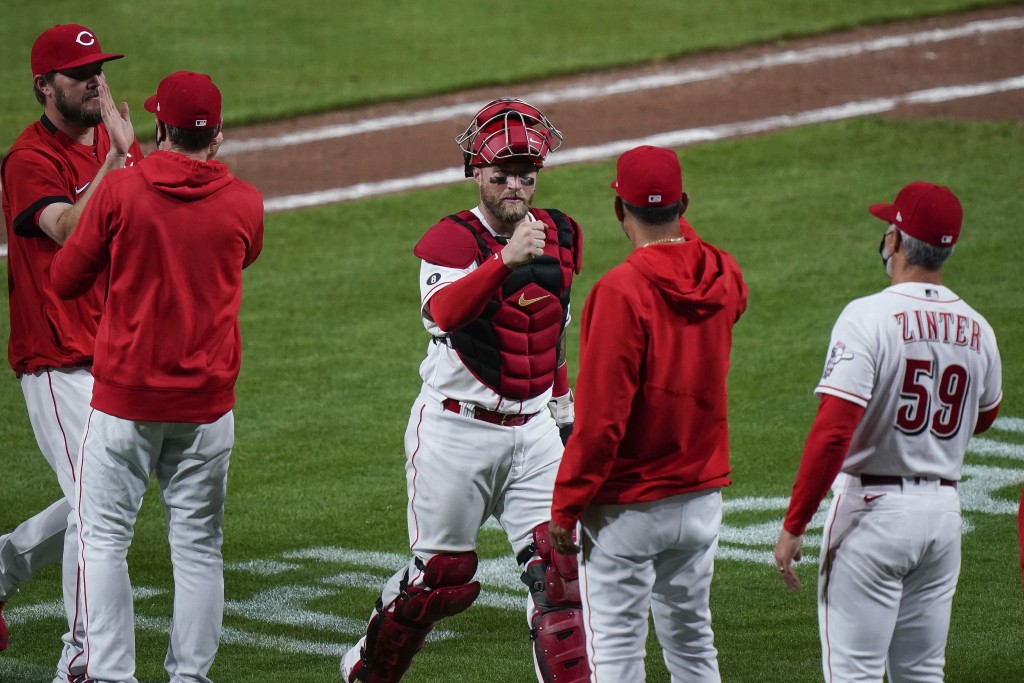 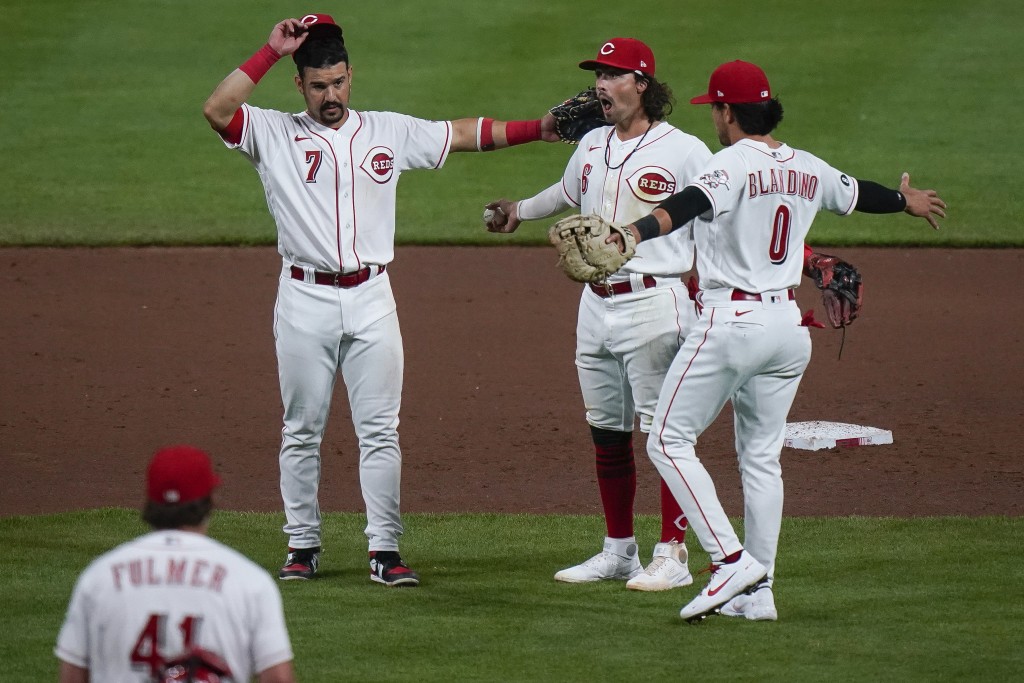 The Reds set a franchise record with 46 runs in their first five games. The 1895 and 1976 teams scored 44 runs through five games.

Cincinnati left-hander Wade Miley (1-0) pitched six scoreless innings in his first start of the year. He allowed two hits, struck out six and walked one.

Miley was limited to six appearances last season due to two separate stints on the injured list and battled a hamstring issue during spring training.

Naquin got the scoring started by launching Trevor Cahill's fourth pitch of the game an estimated 454 feet for his first career leadoff homer.

Naquin connected again in the second, making it 5-0 with a three-run shot. It was his third career multihomer game.

Naquin’s seven RBIs were the most by a Reds batter since Scooter Gennett had four homers and 10 RBIs on June 6, 2017, against the Cardinals.

Cahill (0-1), who signed a one-year deal late in spring training, was tagged for seven runs and nine hits in four innings in his Pirates debut.

Mike Moustakas had two hits and scored two runs, helping the Reds to a season-high 17 hits.

Phillip Evans homered for Pittsburgh in the seventh. The utilityman also pitched a perfect eighth.

Reds: OF Jesse Winker is expected to return to the starting lineup on Wednesday. He has been sidelined by flu-like symptoms. He has not test positive for COVID-19.

The Reds go for a three-game series sweep Wednesday. Right-hander Luis Castillo is looking to bounce back after allowing a career-high 10 runs in an 11-6 loss to the Cardinals on opening day. Right-hander Chad Kuhl starts for the Pirates. He earned a no-decision in a 5-3 season-opening win over the Cubs.