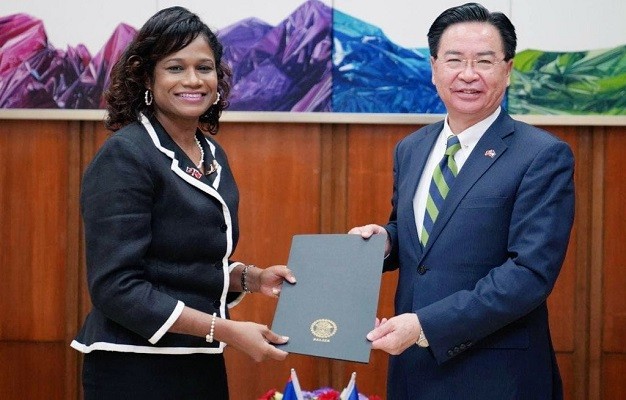 Upon welcoming Pitts, Wu noted that this is the first time she has stepped foot in Taiwan. He added that he believed she would quickly come to appreciate the beauty of the country's scenery and the friendliness of its people, according to a Ministry of Foreign Affairs (MOFA) statement.

Pitts called Taiwan an "important friend" to her country and thanked it for cooperative projects that benefit Belizeans as well as assistance in combatting COVID-19.

She also said Belize has high hopes about the economic cooperation agreement inked last fall to step up bilateral economic relations through lower tariffs and promotion of trade, investment, and technical cooperation. Pitts expressed hope the two partners can move forward on the deal as soon as the pandemic abates.

Pitts is replacing Ambassador Diane Haylock, who had served as the Caribbean nation's envoy to Taiwan since 2016.

As one of her first acts as ambassador, Pitts expressed condolences on behalf of Belize following the deadly train derailment in Hualien Friday (April 2). "Our thoughts and prayers remain with Taiwan as our sister country recovers from this unfortunate accident," she wrote on Twitter.

Pitts got her M.A. at Ohio State University and Ph.D. at Howard University in Washington, D.C., and she has been an instructor at higher education institutions in both the U.S. and Belize. She was elected councilwoman in her native Belize City in 2018, and has been involved in community and national development as well as women's empowerment.

On March 18, Pitts participated in a video conference with members of the Central America Trade Office in Taipei (CATO) to discuss initiatives being planned to promote culture, tourism, and investment in the Central American country as well as bilateral relations and trade. 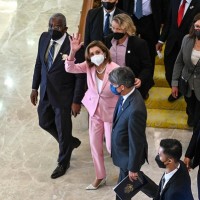