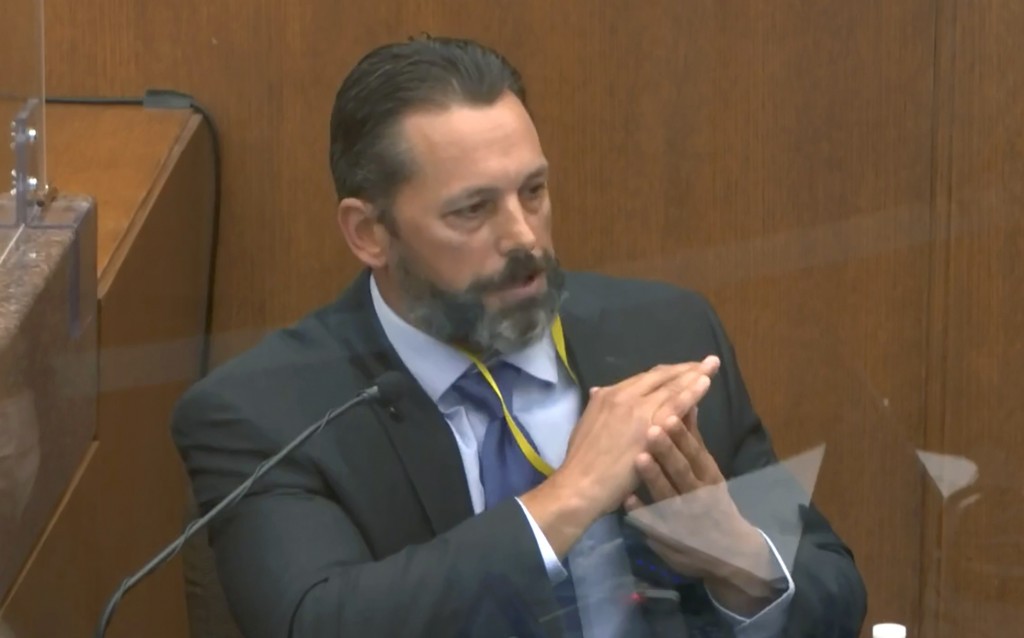 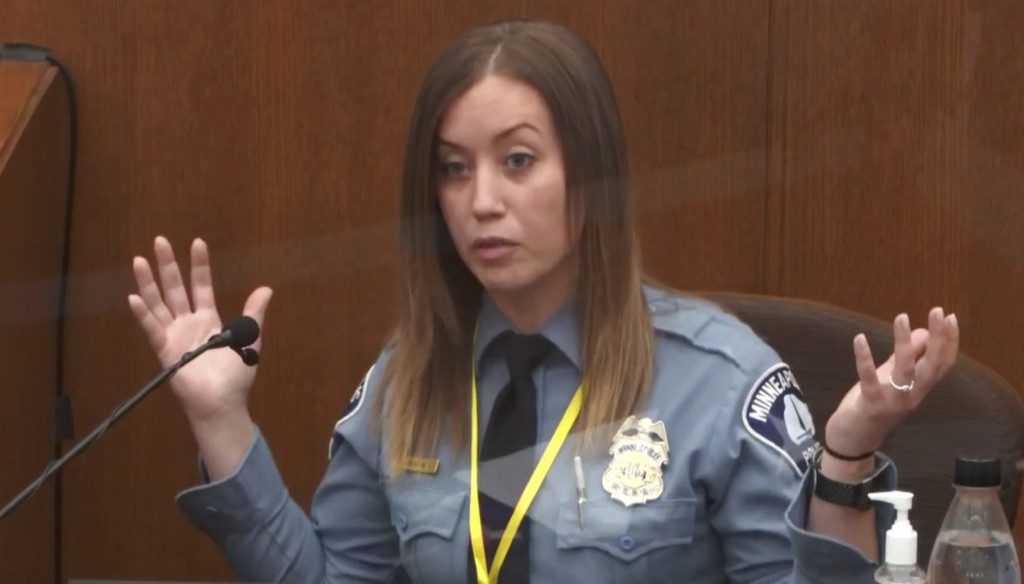 MINNEAPOLIS (AP) — One issue that has come up in the trial of former Minneapolis police Officer Derek Chauvin in the death of George Floyd has been the discussion among the officers involved on whether to use a type of restraint called a “hobble.”

Chauvin asked for the hobble, but he and the other officers involved decided not to use it after they had Floyd prone on the ground, officer body camera video shows. Testimony about it from police and experts could figure into arguments over whether they used a reasonable amount of force to try to subdue Floyd — or whether they went too far.

Several experienced officers, including Minneapolis Police Chief Medaria Arradondo, have testified that the white officer should not have kept Floyd pinned to the pavement with his knee for close to 9 1/2 minutes, by prosecutors’ reckoning, as the Black man lay face-down, his hands cuffed behind his back.

WHAT IS A HOBBLE?

It's a device used to restrain the legs of a combative or otherwise struggling suspect to prevent the kind of kicking that could result in injuries to the officers or damage to property, such as kicking out a window of a squad car. It has straps that bind the ankles together, and can also attach to the subject's waist.

It's considered a maximal restraint technique, Arradondo testified Monday. So when a hobble is used, he said, a supervisor must respond to the scene. Suspects are supposed to be rolled onto their sides because they can have difficulty breathing if they’re left prone on their back or stomach. They cannot be transported in a hobble, per departmental policy.

WHY DOES IT MATTER FOR THE DEFENSE?

There's been a lot of testimony about the continuum of force, and how much force is reasonable, depending on how hard a suspect is resisting. Under cross-examination from defense attorney Eric Nelson, Arradondo agreed that officers are trained to constantly reevaluate. Sometimes they need to back off the use of force; sometimes they need to to step it up. The chief seemed to indicate that by deciding not to use the hobble, the officers were doing just that — backing off on force.

Jody Stiger, a Los Angeles Police Department sergeant serving as a prosecution use-of-force expert, echoed that idea Tuesday, though the main thrust of his testimony was that the officers used excessive force overall.

Another potential reason not to use the hobble was that the officers had called for paramedics. It was initially a routine call for a superficial wound to Floyd's face that he apparently suffered in the struggle to force him into a squad car. But the call escalated to a lights-and-sirens emergency as Floyd's condition worsened. Having to remove the hobble so that the paramedics could work on him could have delayed their efforts to resuscitate him.

Chauvin, 45, is charged with murder and manslaughter in Floyd’s death May 25. Floyd, 46, was arrested outside a neighborhood market after being accused of trying to pass a counterfeit $20 bill to buy cigarettes. The defense has argued that Chauvin did what he was trained to do, and that Floyd’s use of illegal drugs and his underlying health conditions caused his death. The defense also has sought to shift blame to others, such as the paramedics.

WHY DOES IT MATTER FOR THE PROSECUTION?

The hobble decision has been coming up during testimony from some of the state's key witnesses, such as Arradondo. Bringing the subject up first helps prosecutors shape the narrative that emerges to the jury. Among other things, it lets prosecutors suggest that — since the officers decided Floyd was no longer resisting enough to warrant using the device — that there was no need for Chauvin to keep Floyd under his knee for so long, either.