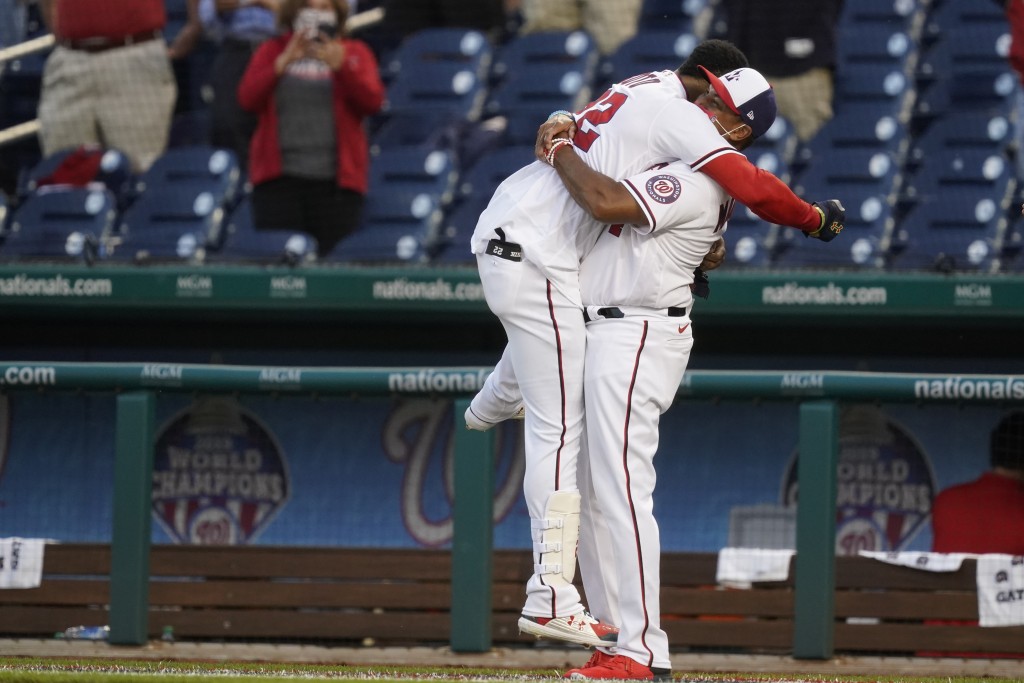 WASHINGTON (AP) — Juan Soto drove in the winning run with a single on a 3-0 pitch in the bottom of the ninth inning Tuesday, lifting the coronavirus-depleted Washington Nationals to a 6-5 comeback victory over the Atlanta Braves after waiting five days to start their season.

Lefty reliever Will Smith (0-1) entered for the ninth and promptly gave up a single to new leadoff hitter Victor Robles, and then hit Trea Turner with a pitch. That brought up Soto, the 2020 NL batting champion, and he delivered a line drive to center field.

Turner hit a two-run shot for the Nationals. Daniel Hudson (1-0) got the win.

Because of a COVID-19 outbreak — four players tested positive; seven were forced into quarantine after potentially being exposed — Washington’s first four scheduled games were scrapped.

Kyle Tucker and Aledmys Díaz hit back-to-back homers in the second inning for the Astros, who went an impressive 5-1 on their six-game road trip to start the season amid the incessant booing and jeering they’ll hear indefinitely as fans react to their sign-stealing scandal in the 2017 and 2018 seasons.

Mike Trout hit a 464-foot homer in the first inning, but the Angels dropped to 4-2 and failed to match the best six-game start in franchise history. Raisel Iglesias (1-1) got the loss.

DETROIT (AP) — Akil Baddoo added another big hit in this charmed start to his big league career, lining an RBI single in the 10th inning for Detroit.

Baddoo made his debut Sunday and homered on the first pitch thrown to him. Then he hit a grand slam in a 15-6 loss to the Twins on Monday. The rookie entered Tuesday’s game as a pinch runner, stayed in to the play the outfield and ended it with a hit to right off Hansel Robles (0-1).

Nelson Cruz and Byron Buxton homered for the Twins, who rallied from a 3-1 deficit.

Gregory Soto (1-0) pitched two scoreless innings for Detroit, and the Tigers scored in their half of the 10th.