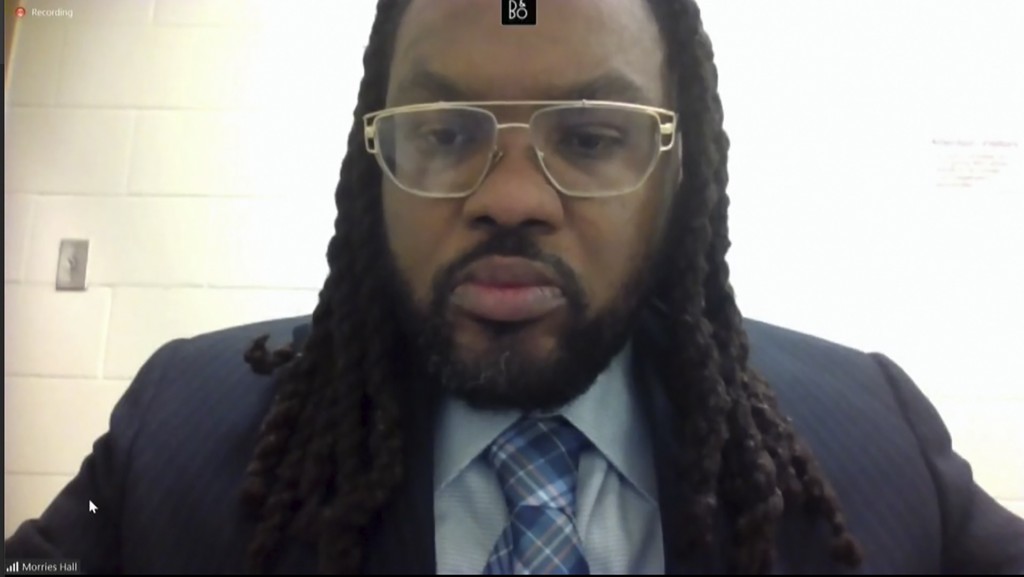 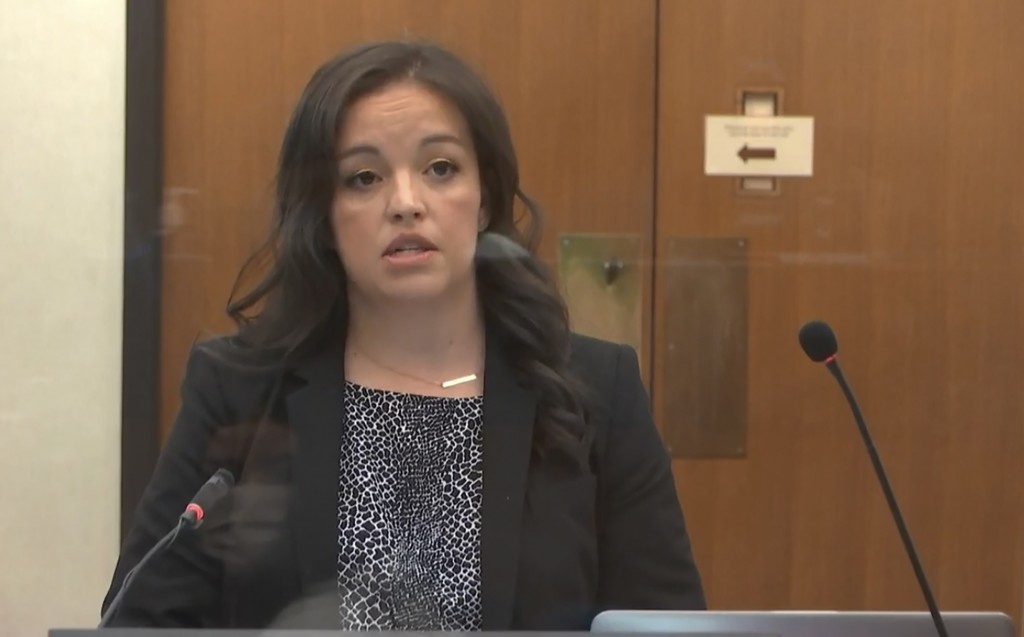 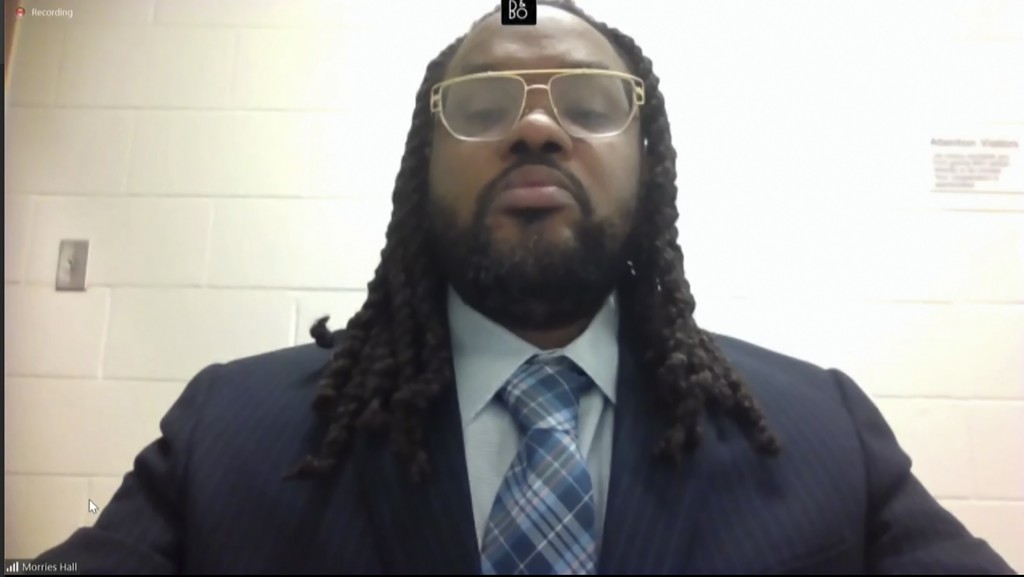 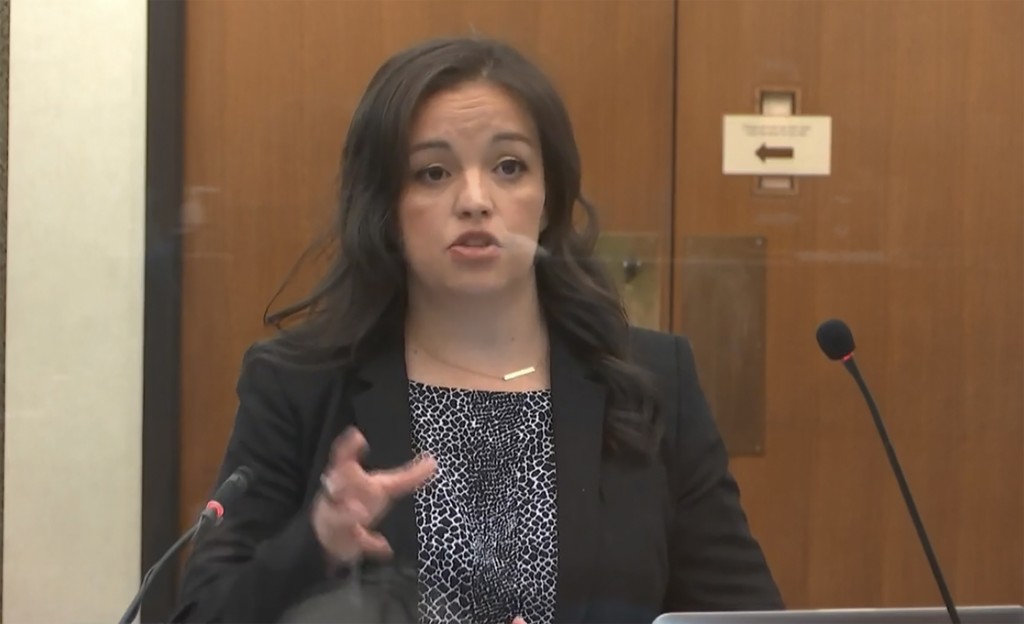 CHICAGO (AP) — Defense lawyers for a white former police officer on trial for murder and manslaughter in the death of George Floyd want to call an acquaintance of Floyd’s as a witness.

Here’s a look at Hall's significance in the case and the implications of any testimony from him.

WHAT IS HALL’S TIE TO FLOYD?

Just before then-Officer Derek Chauvin knelt on Floyd’s neck for over nine minutes on May 25, Hall was a passenger in a vehicle parked outside Cup Foods with Floyd at the wheel.

When Floyd was taken out of the vehicle and handcuffed, Hall and a woman who had also been in the car were questioned by officers. A pre-trial defense filing said the officers weren’t able to fully question Hall at the scene because they were focused on arresting Floyd.

WHAT'S THE AIM OF THE DEFENSE?

It’s common at murder trials for the defense to offer alternative theories for why victims died, or to point the finger at others to raise reasonable doubts. The defense clearly thinks Hall can help them raise doubt in the minds of Chauvin jurors about how Floyd died.

Defense attorney Eric Nelson mentioned Hall last week in his opening statement as someone who could provide testimony to help show illegal drugs, as well as underlying health conditions, led to Floyd’s death.

Earlier defense filings also cited Hall as telling investigators he suspected Floyd was under the influence of drugs on May 25 because Floyd had suddenly fallen asleep in the driver’s seat before officers approached the window.

WHAT’S THE POSITION OF PROSECUTORS ON HALL TESTIFYING?

They oppose it but didn’t spell out why.

Prosecutors dispute drugs were the primary reason Floyd died last year. They have said whether or not Floyd consumed drugs, he'd be alive had Chauvin not wedged his knee into his neck for 9 minutes and 29 seconds.

Prosecutor Matthew Frank said Tuesday he worried about the prospect of Hall saying to one question after another that he was invoking his right against self-incrimination. Without elaborating, Frank added: “It would create huge problems.”

What prosecutors don’t want, one legal observer said, is the defense firing a series of questions at Hall, such as whether he gave Floyd potent drugs on May 25, only for Hall to say each time he wasn't answering on constitutional grounds.

“The state doesn’t want Hall up on the stand with the defense having a field day asking questions he won’t answer, and jurors assuming he is not answering because the answer is ‘yes,‘” said Mike Brandt, a Minnesota defense attorney who has been closely following the trial.

Prosecutors could grant Hall immunity, meaning nothing he said could be used against him. But Brandt said the state has no interest in making it easier for the defense to enter evidence that doesn’t help the state.

DOES HALL HAVE THE RIGHT NOT TO TESTIFY?

If ordered to, Hall must take the witness stand. However, he is within his rights to invoke his Fifth Amendment right not to answer questions that could implicate him in a crime.

Judge Cahill said the constitutional protection “is a broad one.” But he also said it is the judge who decides — on a question-by-question basis — whether answering a question could put a witness in legal jeopardy.

Cahill indicated he agreed questions about whether Hall supplied drugs to Floyd or whether he had any connection to the counterfeit bill were clearly questions Hall could refuse to answer.

But he said it appeared Hall could answer questions about Floyd’s demeanor that day.

WHAT DOES HALL'S LAWYER SAY?

Adrienne Cousins said there was no question the defense might ask that would not put Hall at risk. Any question, she said, would put him at a scene where drugs were allegedly present and at which someone died.

“This leaves Mr. Hall open to third-degree murder… liability to drug activity that leads to an overdose,” she said.

Cahill gave Nelson until Thursday to prepare a list of sample questions that Hall might be willing to answer.

IS HALL’S TESTIMONY THAT VITAL?

Probably not. Much of what he could testify to can be or already has been addressed.

Floyd’s girlfriend, Courteney Ross, testified last week that she and Floyd struggled with addiction and that she believed Hall had previously provided drugs to Floyd.

The defense has also said it will enter toxicology tests that show drugs played a role in Floyd’s death. Prosecutors don't deny drugs were present in Floyd's system but say conclusions the defense draws from that are wrong.