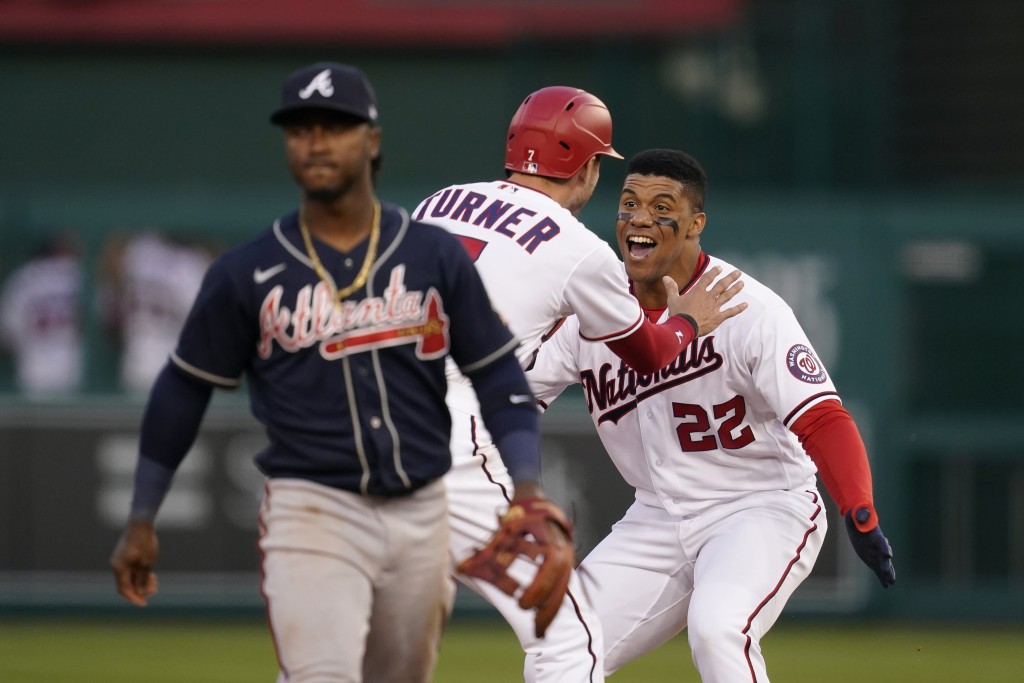 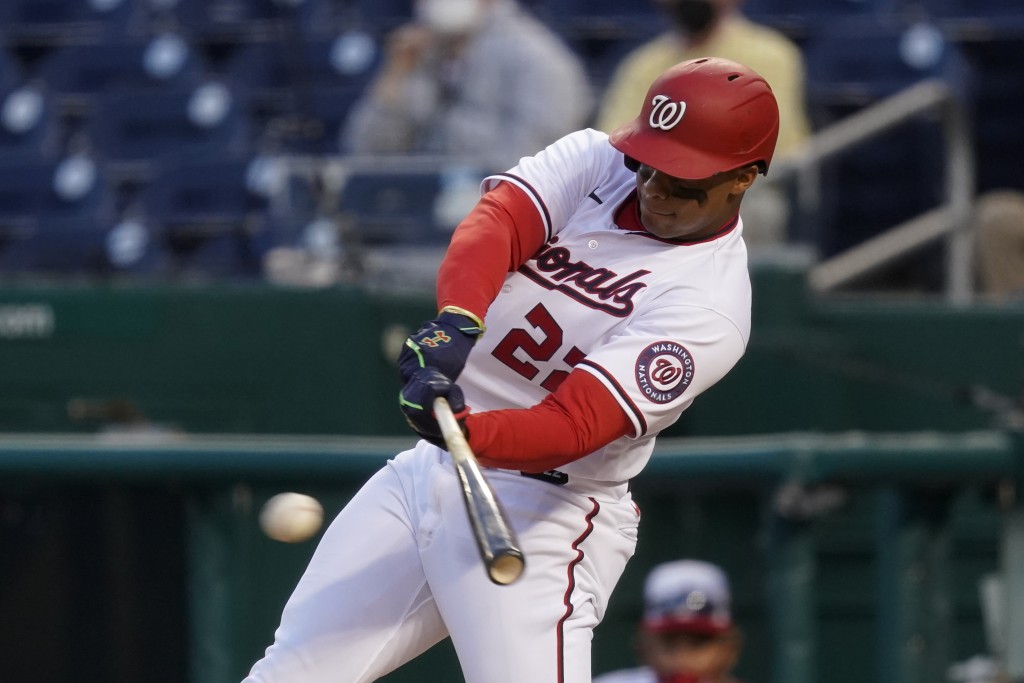 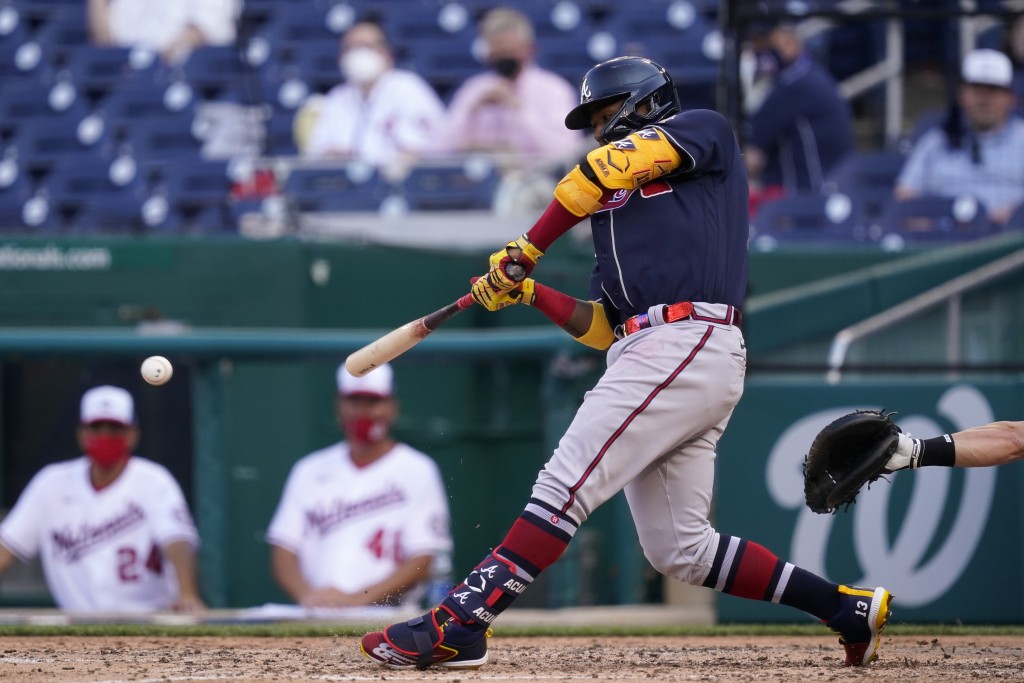 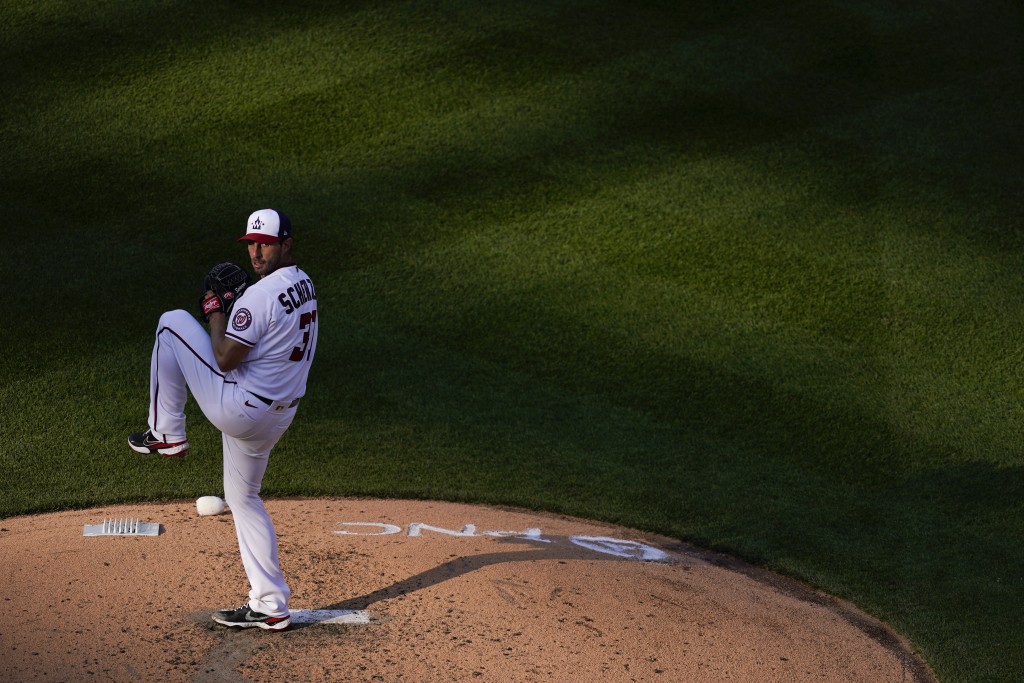 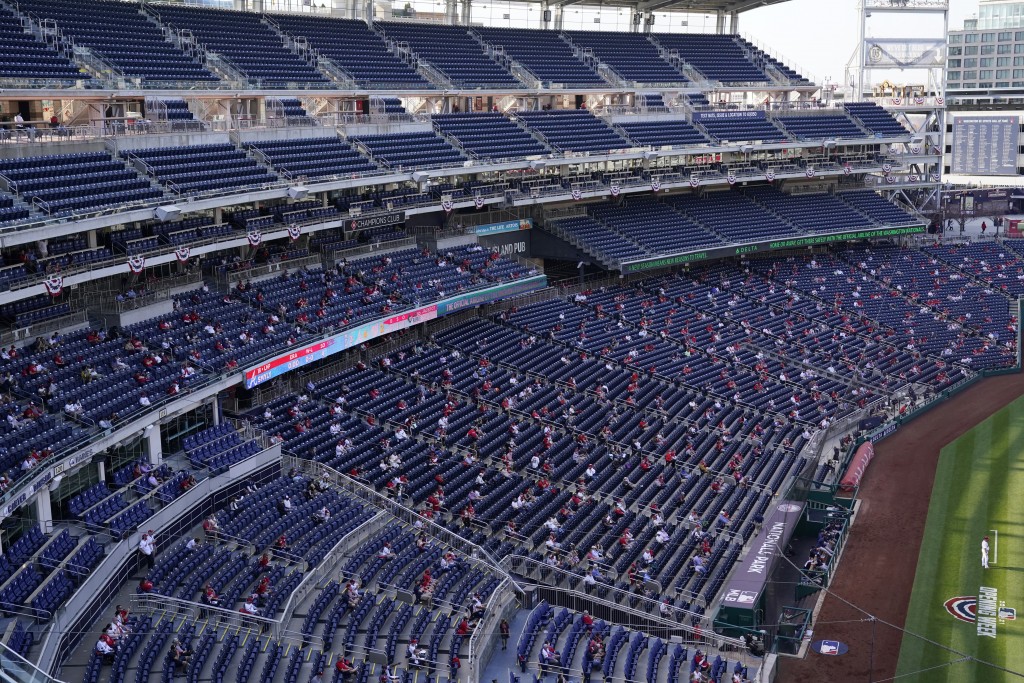 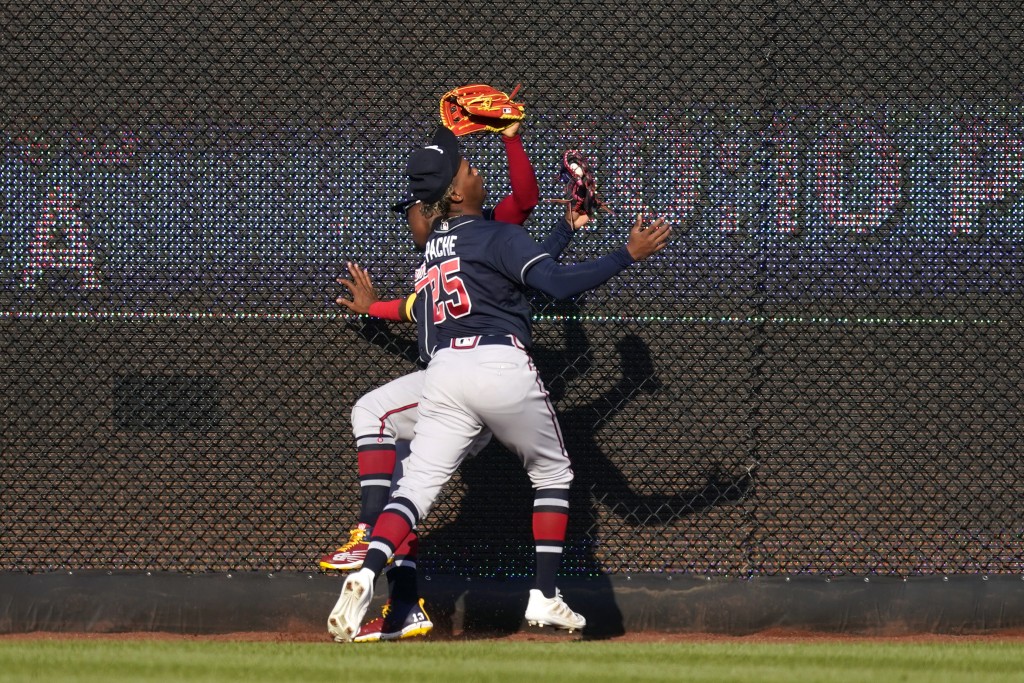 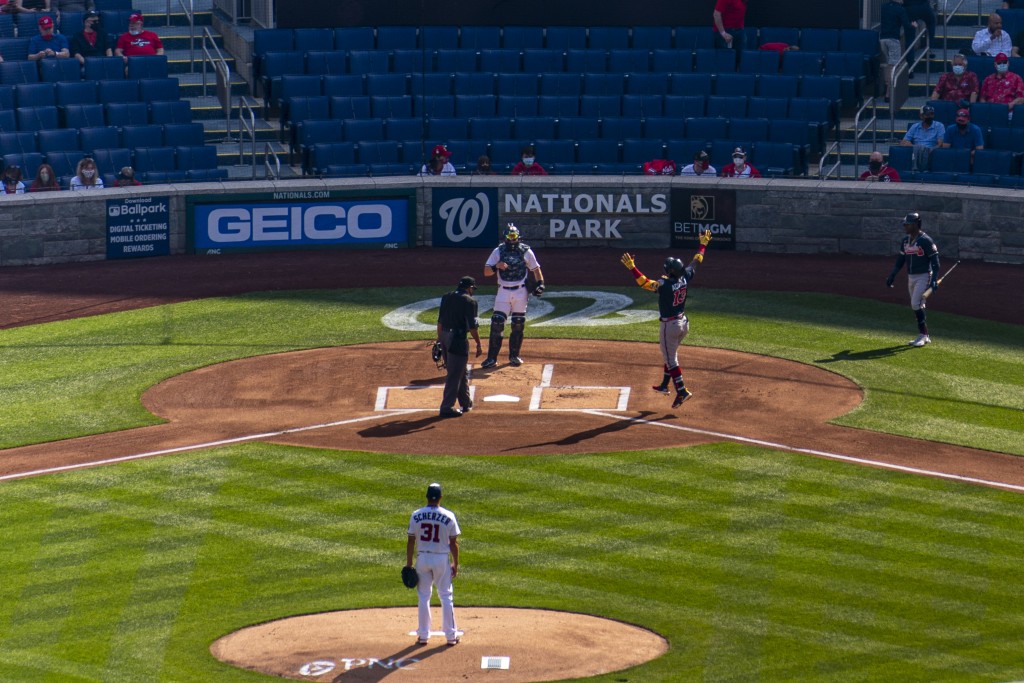 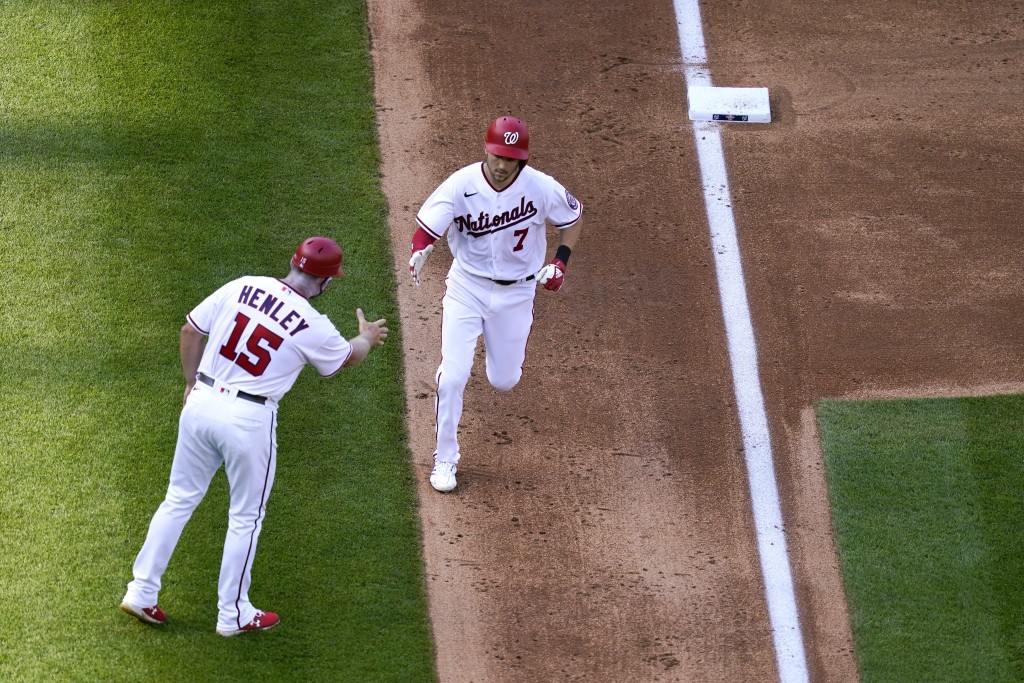 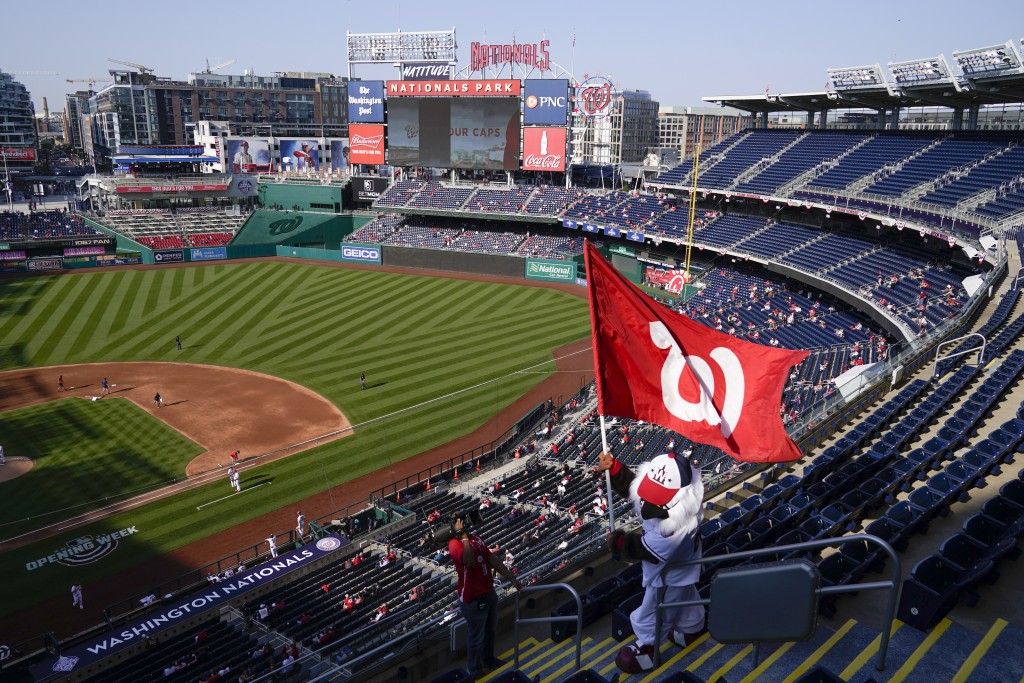 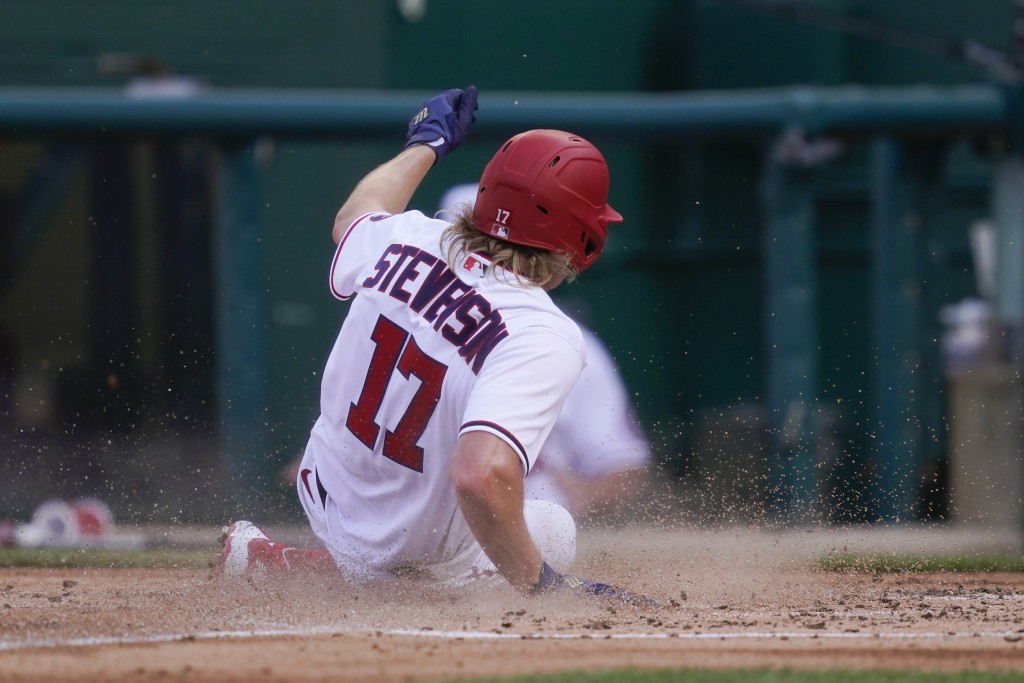 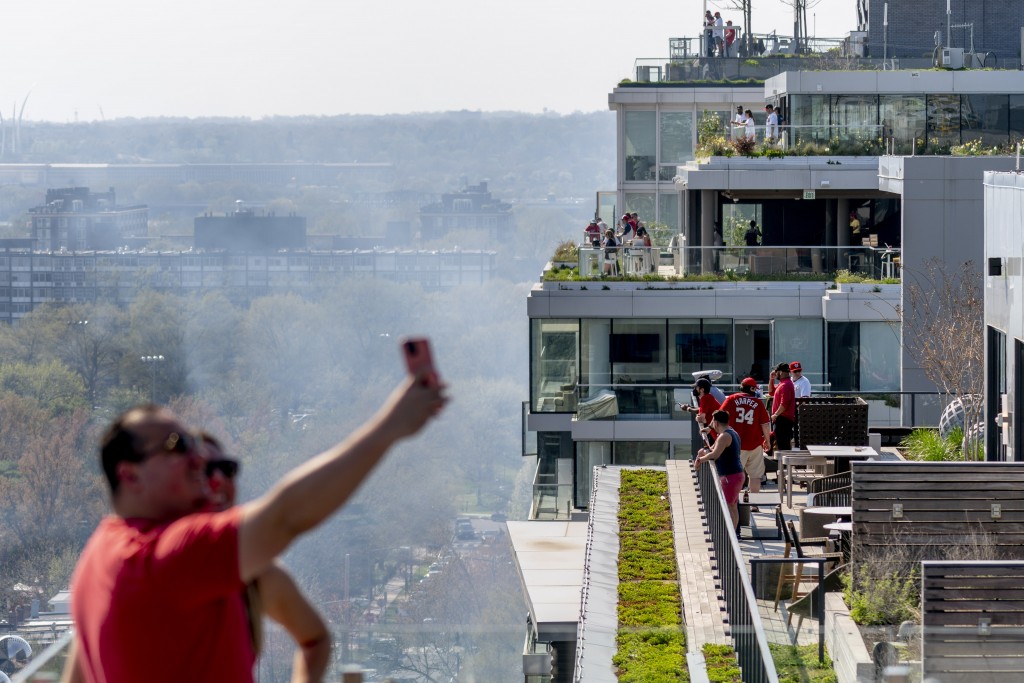 WASHINGTON (AP) — Juan Soto drove in the winning run with a single on a 3-0 pitch in the bottom of the ninth inning Tuesday, lifting the coronavirus-depleted Washington Nationals to a 6-5 comeback victory over the Atlanta Braves after waiting five days to start their season.

Lefty reliever Will Smith entered for the ninth and promptly gave up a single to new leadoff hitter Victor Robles, then hit Trea Turner with a pitch. That brought up Soto, the 2020 NL batting champion who went into this pivotal at-bat 0 for 4 on Tuesday.

But Soto delivered a line drive to center field, then tossed his red helmet high in the air before being mobbed by teammates who sprinted from the home dugout to meet him near second base, jumping and shouting and dousing him with water.

Chants of “MVP!” rang out from an announced crowd of 4,801 — the first spectators allowed at Nationals Park since Game 5 of the 2019 World Series.

The game did not start auspiciously for the Nationals.

Max Scherzer's first pitch of 2021 was hammered by Ronald Acuña Jr. for the first of four homers the Braves hit off the three-time Cy Young Award winner.

Two batters after Acuña drove a fastball out to left, admiring it for a bit before chucking his bat, Freddie Freeman took a curveball deep to right to make it 2-0. Dansby Swanson homered leading off the second, and Acuña connected with a slider to open the third.

All of 39 pitches in, and the Braves had scored four runs off Scherzer — all via homers.

That was one more run through 10 batters Tuesday than the reigning NL East champion Braves managed to score in three full games combined while getting swept at Philadelphia to begin their season.

Daniel Hudson worked around a walk in a scoreless ninth for the win.

Because of a COVID-19 outbreak — four players tested positive; seven were forced into quarantine after potentially being exposed — Washington's first four scheduled games were scrapped, including three at home against the Mets, followed by Monday against the Braves.

So after everyone else in the majors already had competed, and with a roster missing several key parts, Washington manager Dave Martinez grabbed a microphone a little past 4 p.m. on a sunny day and yelled: “Nationals fans! Welcome back! And welcome home! Let's play ball!”

About a minute later, Scherzer looked in at catcher Jonathan Lucroy, who was on his first day on the job with Washington after signing because two players at his position went on the 10-day injured list. The fastball left the park in a hurry.

Scherzer eventually looked more like himself, retiring 12 of the last 13 batters he faced. The righty ended up going six innings and allowing five hits — Marcell Ozuna’s single in the third joined the quartet of deep drives — and leaving with the score 4-all.

Washington tied it with the help of a two-run double by Lucroy, of all people, and a two-run homer to left by Turner in the third, both off Drew Smyly, who was making his Braves debut after signing a one-year, $11 million contract.

Kyle Finnegan replaced Scherzer in the seventh and Acuña made it 5-4 with a fielder's choice chopper up the middle.

But Washington loaded the bases in the eighth against A.J. Minter, and Andrew Stevenson — starting in left field for Kyle Schwarber, part of the IL contingent — made it 5-all with an RBI infield single that went off third baseman Austin Riley's glove.

Atlanta got INF Orlando Arcia from Milwaukee for RHPs Chad Sobotka and Patrick Weigel in a trade.

Braves: RHP Chris Martin, who left a relief appearance Sunday because of numbness in his fingers, “feels a little better,” manager Brian Snitker said, but was not available to pitch Tuesday.

Nationals: RHP Will Harris went on the 10-day IL with right hand inflammation. The team initially worried he might have a blood clot issue but that turned out not to be the case.

The teams play a doubleheader Wednesday. Washington's Stephen Strasburg and Atlanta's Max Fried will pitch; neither manager specified who would throw in the other game.