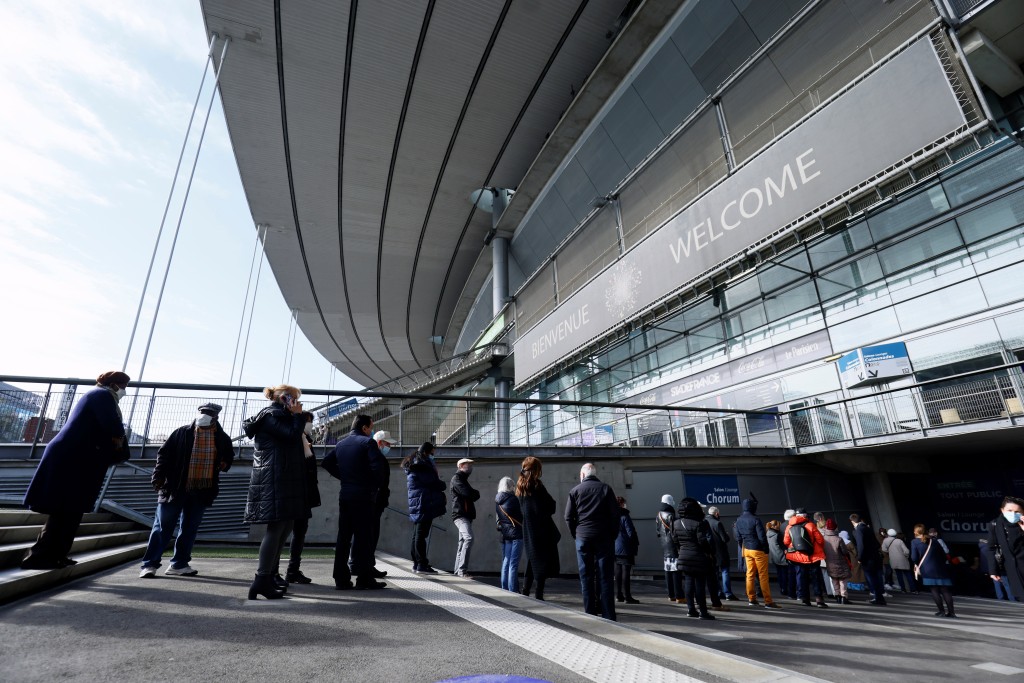 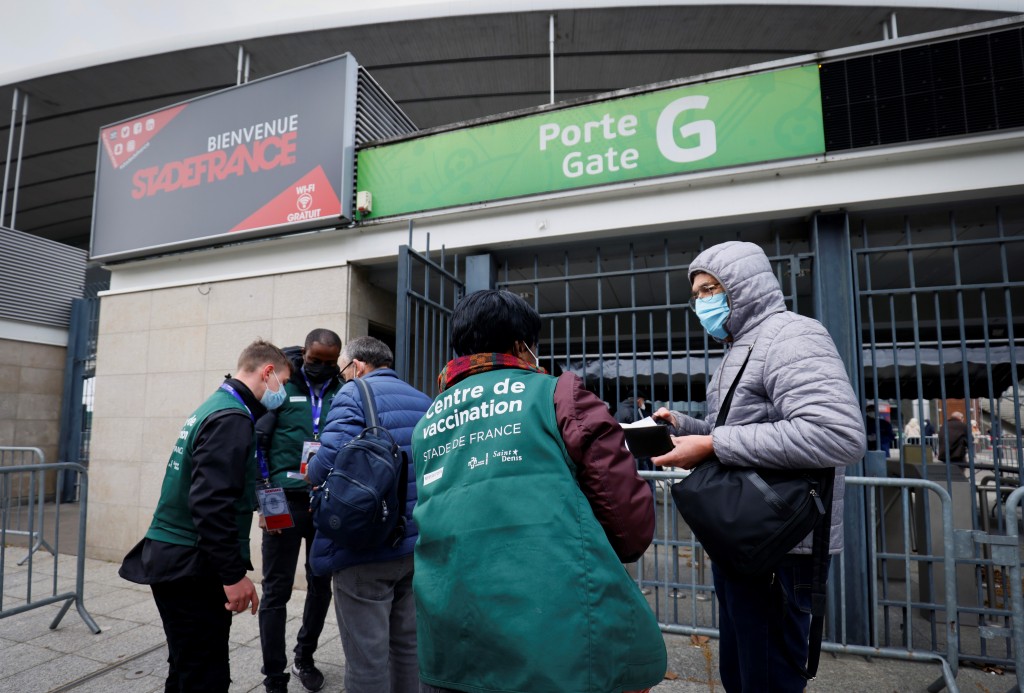 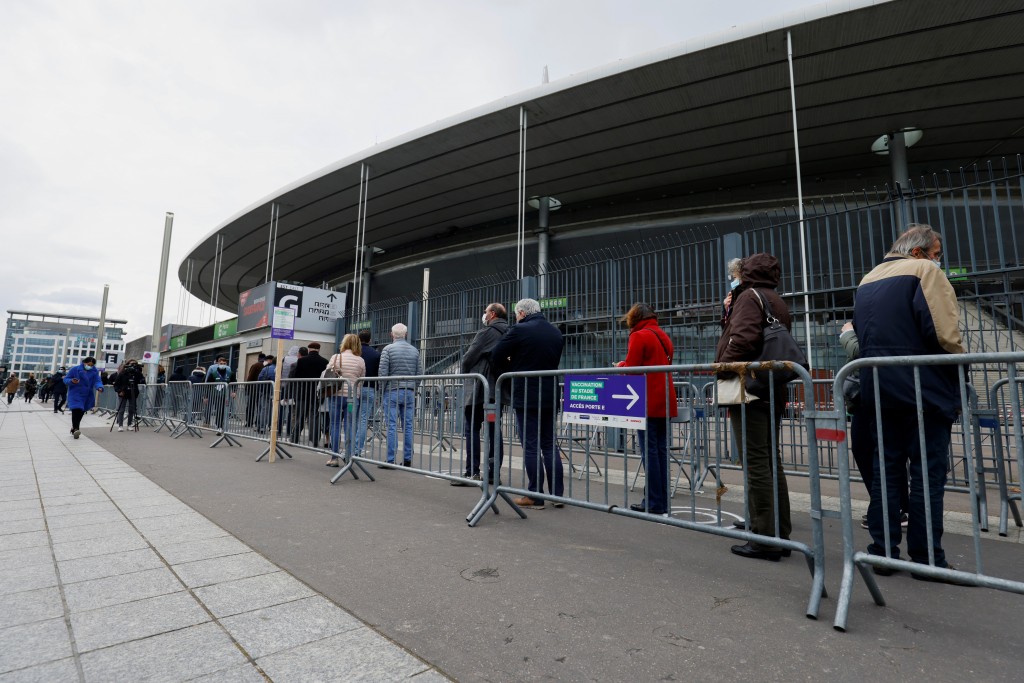 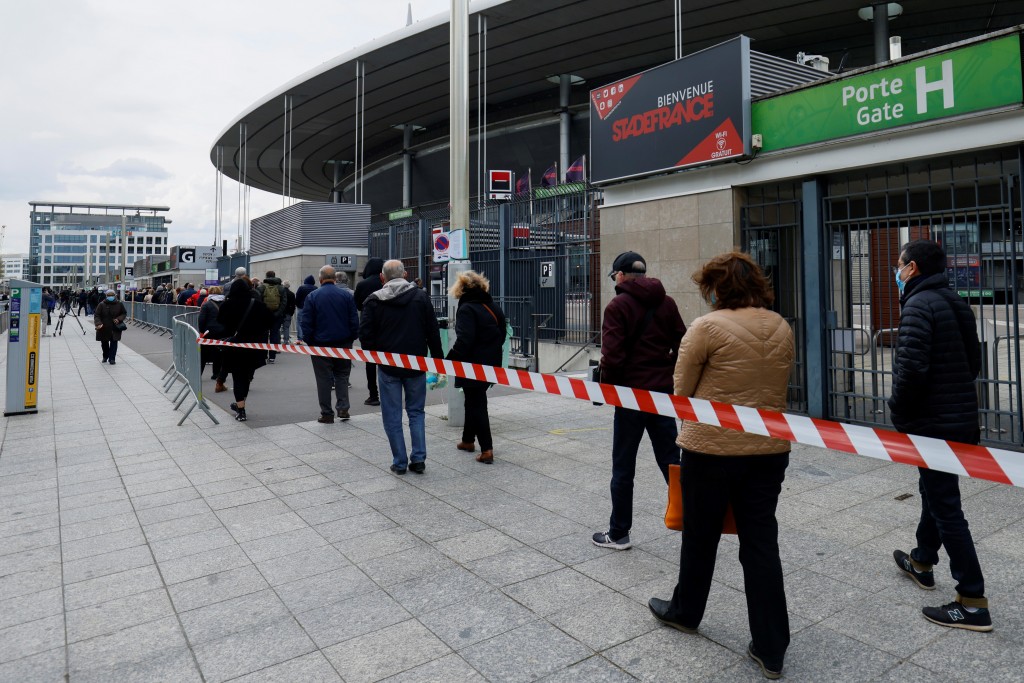 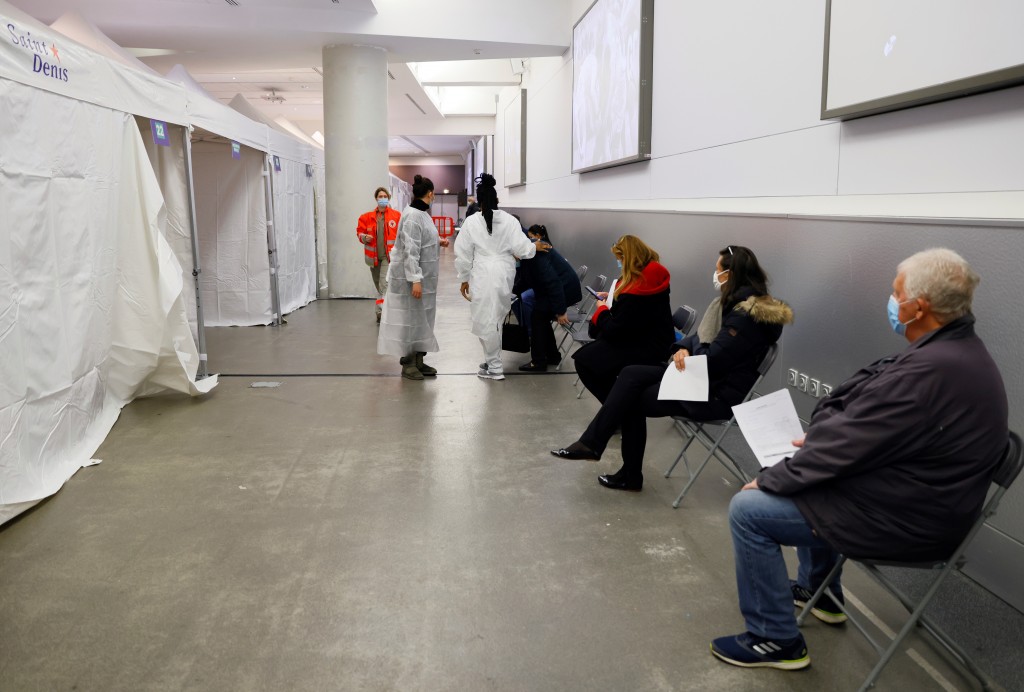 PARIS (AP) — France sought Tuesday to speed up its vaccine rollout by opening mass vaccination centers across the country, including the Stade de France stadium north of Paris, as infections surge and hospitals approach saturation.

The move came a day after new nationwide restrictions were enforced, including a three-week school closure, a month-long domestic travel ban and the closing of non-essential shops.

The Stade de France, venue of France’s 1998 football World Cup victory, opened its doors on Tuesday morning with 20 vaccination booths in the reception area. Organizers said nurses and firemen at the center can administer 10,000 doses per week.

Vaccines in France are currently reserved to people aged 70 and over, in addition to those with serious health conditions and health care workers.

Offered a choice between two COVID-19 vaccines upon registering, people initially showed preference for a Pfizer jab. But officials on site insisted the Moderna doses were as effective. By midday, no appointment was available anymore online for either shot.

“I think the French and residents of the Paris region in particular have heard more about the Pfizer vaccine than the Moderna. It’s always easier to turn to what you know better so people are quicker to choose Pfizer,” Aurélien Trousseau, the head of the Regional Health Authority said. “But it’s two totally equivalent vaccines. It’s the same technology.”

“Our goal is simple: ... every single dose has to be injected so we don’t lose any,” Rousseau said.

French health authorities said they aim at having about 40 mass vaccination centers open in the coming days, in addition to shots being administrated in smaller centers, doctors’ offices and pharmacies.

Seven military hospitals also opened vaccination centers on Tuesday, operated by military and civilian staff, in an effort to inject up to 50,000 doses per week, the defense ministry said.

Health Minister Olivier Veran warned Monday that the number of COVID-19 patients in intensive care units could increase to the level of the first crisis a year ago.

France has reported among the world’s highest death tolls from the virus, at 96,875.