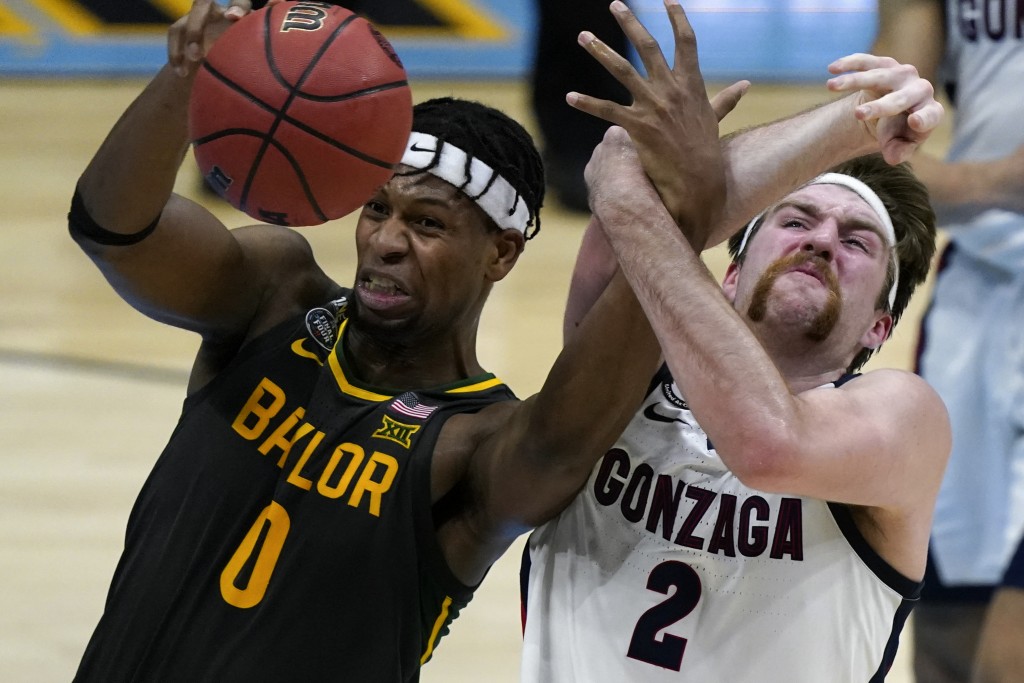 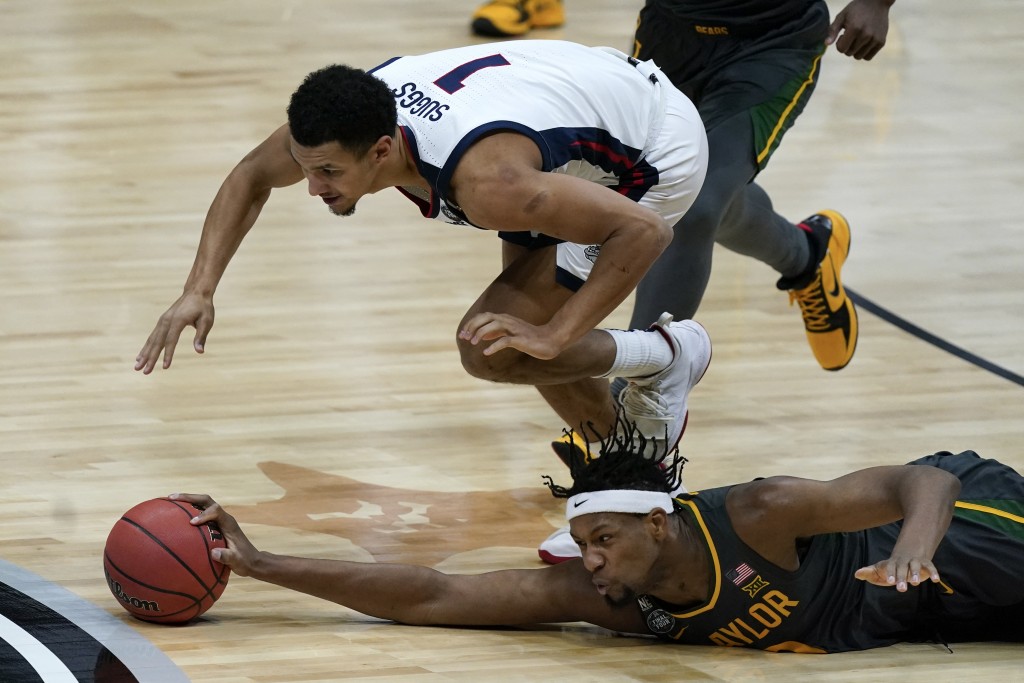 INDIANAPOLIS (AP) — Baylor knew it would need to play to near-perfection to end Gonzaga's flawless season.

The Bears just about did.

Jared Butler and their dynamic backcourt hit their first five 3-pointers and never cooled off. Undersized big man Mark Vital delivered as many headaches as bruises. Their bench was superb, their rebounding exceptional, their game plan impeccable and the coaching of Scott Drew spot-on in the crowning moment of his long building job in Waco, Texas.

Th result was a stunning 86-70 rout of the overall No. 1 seed for the first men's basketball title in school history.

Butler, the do-everything All-American, led the way with 22 points, outdueling Gonzaga freshman sensation Jalen Suggs in a matchup of premier point guards. Butler hit four 3-pointers, repeatedly broke down the Bulldogs off the dribble and, when they managed to stop him, piled up seven assists by finding someone else wide open.

Often it was his backcourt buddies MaCio Teague (19 points) and Davion Mitchell (15 points).

Or it was Vital, the 6-foot-5, 250-pound fullback in basketball shoes. He had three offensive rebounds before the game was 3 minutes old, finished with six points and 11 boards and made life miserable for Gonzaga star Drew Timme.

The teams were supposed to play in December in Indianapolis, but an outbreak of COVID-19 within the Gonzaga program forced the game to be called off. The two teams spent most of the regular season ranked 1-2 in the AP poll, and they were anointed the co-favorites for a most unique NCAA Tournament played entirely in central Indiana.

Despite only 8,000 fans in the crowd, the vast majority of them wearing green and gold, there was a palpable excitement about the game — perhaps it was still lingering from the Final Four, when Suggs hit a buzzer-beating 3-pointer in overtime to beat UCLA in one of the most remarkable finishes in the history of the NCAA Tournament.

In any case, the Bears roared to a 29-10 lead midway through the first half, the biggest deficit Gonzaga had faced all year, and threatened to turn that highly anticipated showdown into a nationally televised blowout.

The Bulldogs somehow got within 47-37 at halftime, and Suggs got hot early in the second half, allowing them to slowly chip away at their deficit. But that's when the poise of a team long on experience — Baylor starts three juniors and two seniors — showed provided the kind of emphatic answer that proved this so-called upset was no fluke.

Gonzaga's Andrew Nembhard had finally trimmed the deficit to single digits with 14:22 when Vital answered at the other end for Baylor. Butler added a couple free throws and, after a bucket by Timme, Teague scored a dazzling, twirling layup, Vital swatted a shot by Corey Kispert and backup Adam Flagler (13 points) buried yet another 3-pointer.

In just over a minute, Baylor's 58-49 lead swelled to 16 points again. It hit 20 a few minutes later. And the Bears merely had to coast through the final 5 minutes to celebrate a national title nearly two decades in the making.

The program was mired in scandal when Drew arrived 18 years ago. The murder of a player at the hands of a teammate was still fresh in fans' minds, as was the attempted cover-up by Drew's predecessor, Dave Bliss, and NCAA sanctions that turned the Baylor program into arguably the biggest rebuilding job in the history of the sport.

Yet after a few lean years, Drew had built a Big 12 contender. The Bears began to challenge Kansas and other blueblood programs. And they finally broke through with their first conference championship since 1950 earlier this season.

That was one of their goals. The other was to deliver their first national championship.

On Monday night, they reached that one, too.