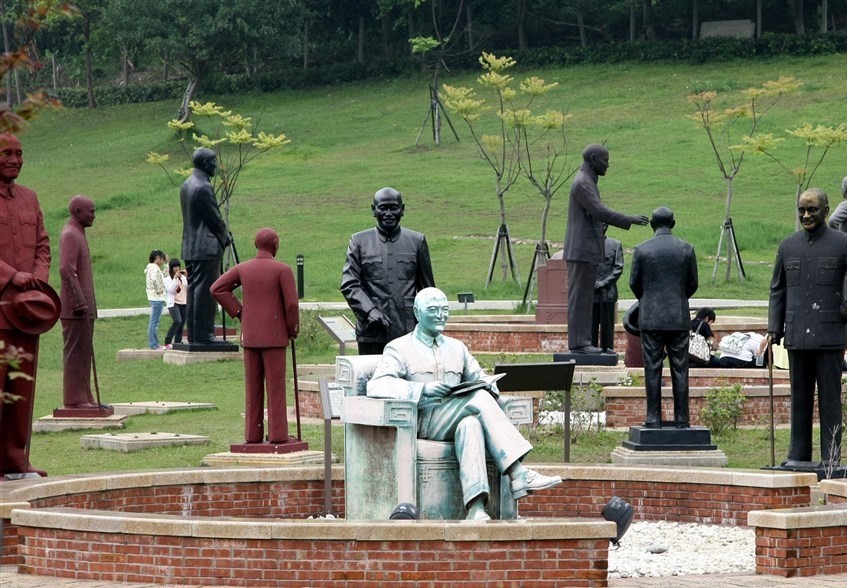 TAIPEI (Taiwan News) — The Transitional Justice Commission (TJC) stated Monday (April 5) that as of March 31, various agencies across the country have removed a total of 403 martial law-era statues and authoritarian symbols.

The symbols removed include one statue at the central office of the Legislative Yuan; three sites named after Chiang Kai-shek and two statues of the dictator at the Examination Yuan; and one public space on Taiwan’s Dongsha Islands (東沙群島, Pratas Islands) administered by the Ministry of the Interior christened “Chiang Kai-shek Hall.”

As for the martial law-era symbols yet to be disposed of, there are four at the Presidential Office, two at the Ministry of Economic Affairs, and 61 place names at the Veterans Affairs Council.

The TJC said it will continue to strengthen coordination with various agencies and local governments to deal with authoritarian symbols. In March, the commission said on Facebook that it would put forward a Chiang Kai-shek Memorial Hall modification plan this month and hold a community discussion.