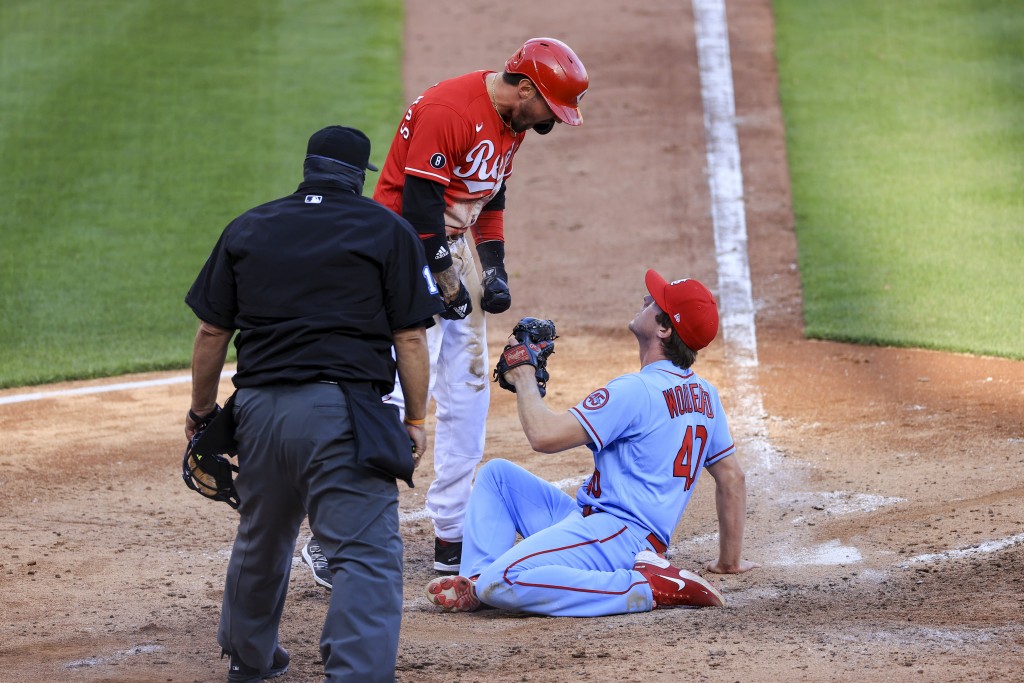 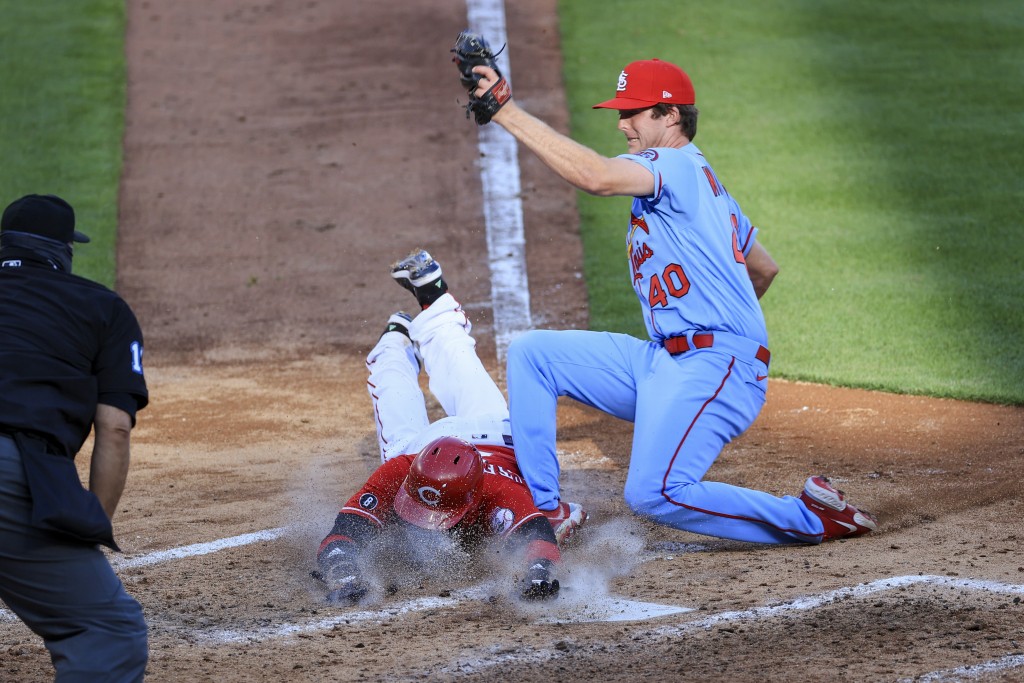 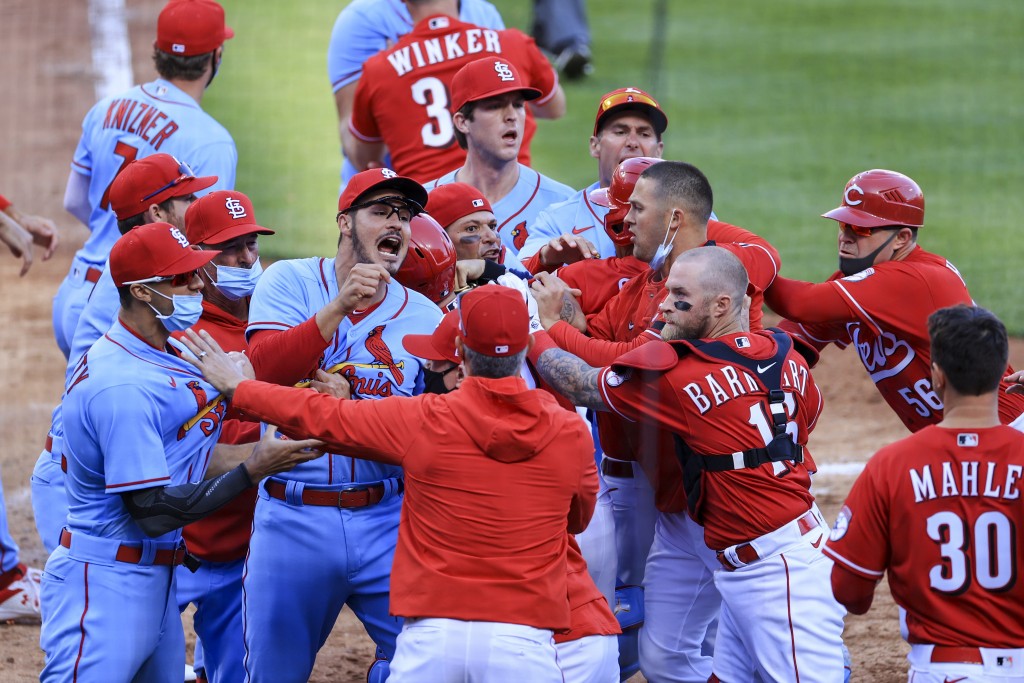 NEW YORK (AP) — Cincinnati Reds outfielder Nick Castellanos was suspended for two games and fined Monday for his role in an on-field brawl during the season's opening weekend, the first discipline given by Michael Hill in his new role as Major League Baseball's senior vice president for on-field operations.

Castellanos appealed the penalty to special assistant John McHale Jr. and will not serve the suspension while the appeal is pending.

Castellanos was disciplined for his actions in Saturday's game against St. Louis and was cited for “his aggressive actions and for instigating a benches-clearing incident.”

Castellanos, who homered on opening day and hopped out of the box before tossing his bat, was hit by a pitch from Cardinals pitcher Jake Woodford in the fourth inning Saturday. Castellanos retrieved the ball and offered to toss it back to Woodford before flipping it out of play.

A wild pitch sent Castellanos scampering home from third and he scored with a headfirst slide for a 7-2 lead, bumping into Woodford, who took the throw from catcher Yadier Molina at the plate.

As Castellanos began walking away, Molina rushed up and tapped him from behind, and the benches and bullpens emptied in a wild scene. Castellanos was ejected.

Hill, the former Miami Marlins' president of baseball operations, took over from Chris Young, who stayed just one season in the role of Joe Torre’s replacement as MLB's disciplinarian. Young left to become general manager of the Texas Rangers.