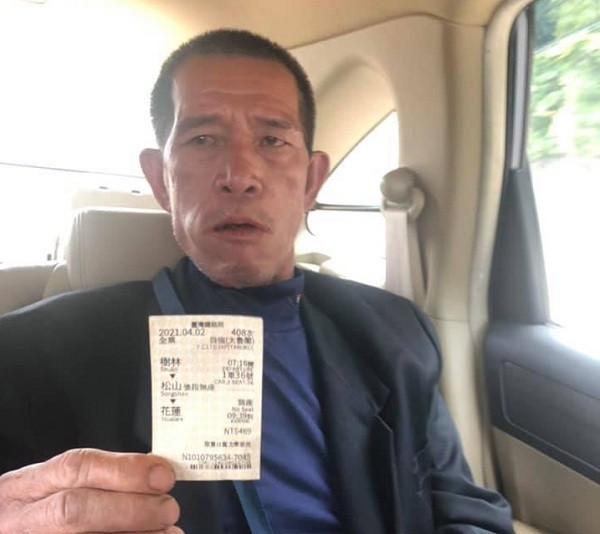 TAIPEI (Taiwan News) — A victim of the train derailment accident surnamed Yeh (葉) on Monday (April 5) cried foul at media allegations he was responsible for the fatal accident.

On Friday (April 2), a Taroko Express train collided with a service vehicle that slid from a construction site above the track, leaving at least 50 dead and over 200 injured. After the accident, many netizens posted photos from the scene to social media, with some showing construction site manager Lee Yi-hsiang (李義祥) standing on a hill with a few others beside him, who were alleged to have been workers at the site, CNA reported.

One such photo showed Yeh standing on the hill near the men. However, Yeh’s family made an attempt to clear his name by posting a photo of him holding a train ticket to Facebook, which was taken after the accident.

CNA cited Yeh as saying he was taking the train with his family back to Hualien’s Fengbin Township for a tomb sweeping trip and was seated in the first car, which was the train’s last car on that day. As he suffered no significant injuries, he disembarked and climbed up the hill.

His departure from the scene was photographed by other passengers, and the photos were then used by news media to label him as one of the construction workers. After the photos were exposed, Yeh’s family was “badly scolded” online and mocked by acquaintances, according to CNA, and Yeh has been wondering how to exonerate himself.

Yeh climbing the hill after surviving the accident (CNA photo)