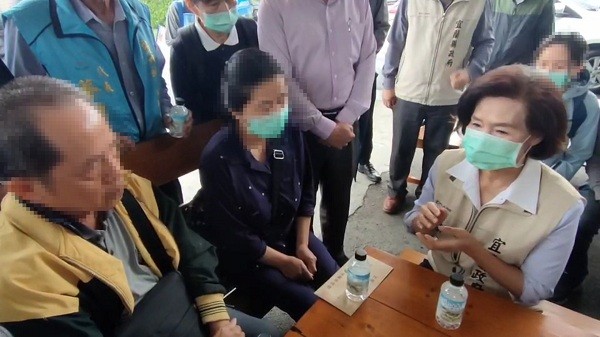 The woman’s 31-year-old daughter, surnamed Tsai (蔡), was the only fatal victim who lived in Yilan County. Her body was escorted by police to a cemetery in the county’s Yuanshan Township, CNA reported.

Tsai’s mother told CNA in a telephone interview her daughter worked in cosmetic surgery and was taking a trip to Taitung for the Tomb Sweeping Day holiday. Some of her friends had arrived at Taitung on Thursday, but as her daughter had to work, she and two others left Taipei a day later.

The mother said that when President Tsai Ing-wen (蔡英文) went to Hualien to extend her condolences to the victims’ families, her husband told the president that the Taiwan Railways Administration is in need of reform and has not lived up to past promises to improve.

She said she told the president, “My heart aches, and you will never understand my pain.”