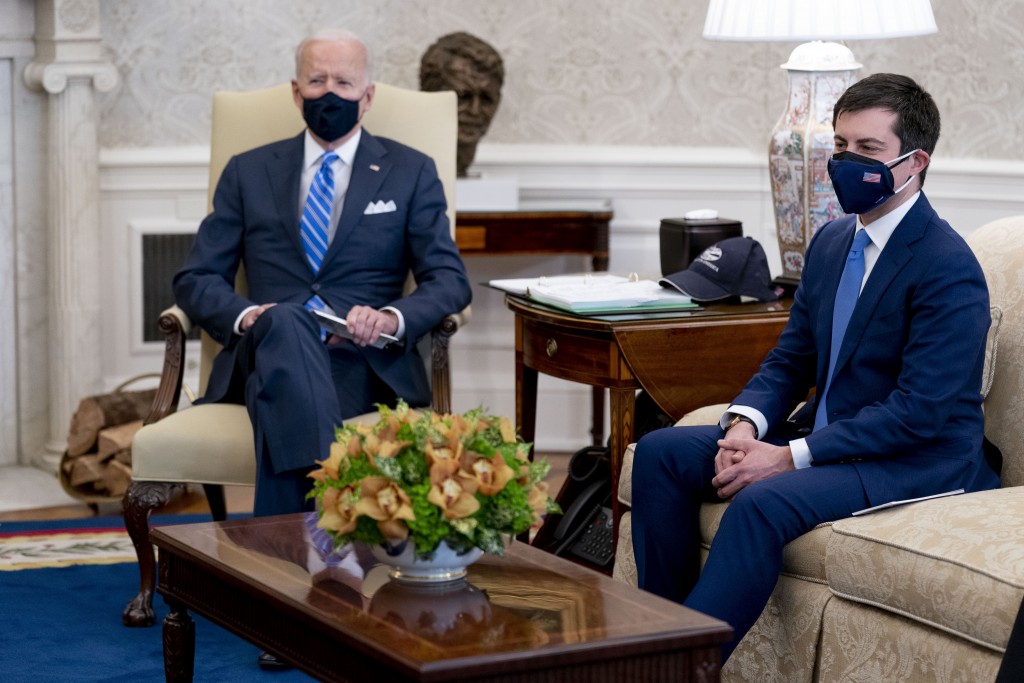 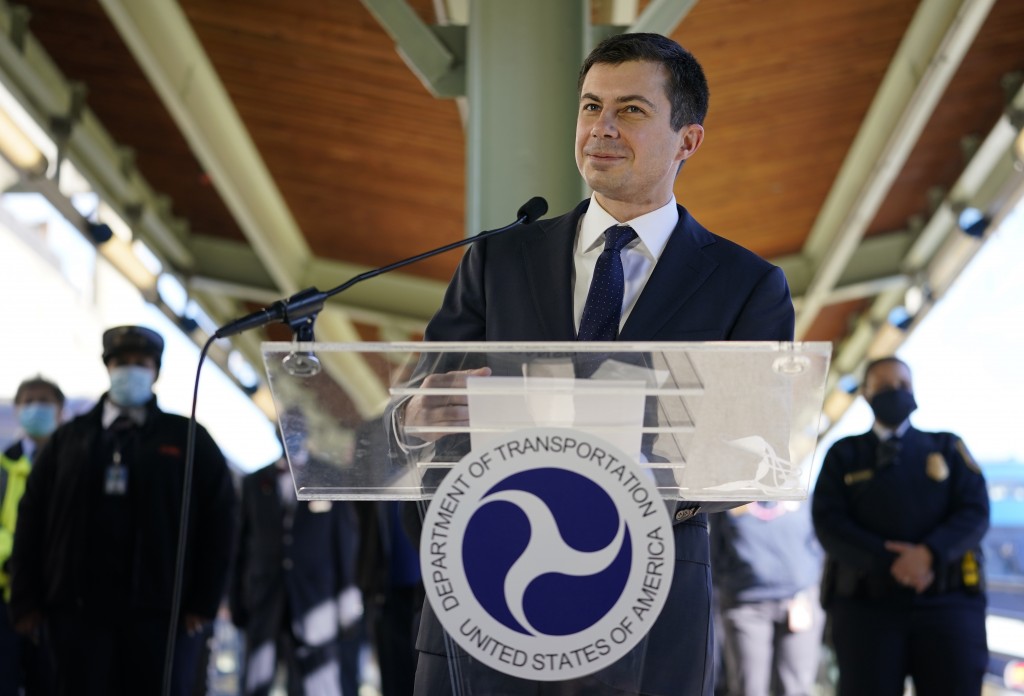 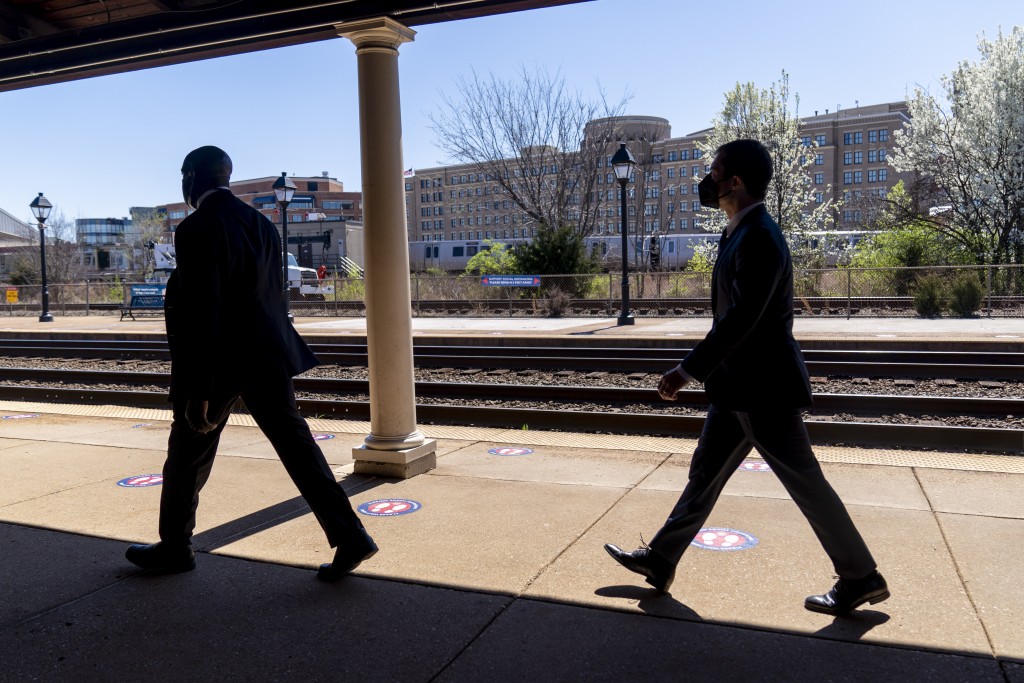 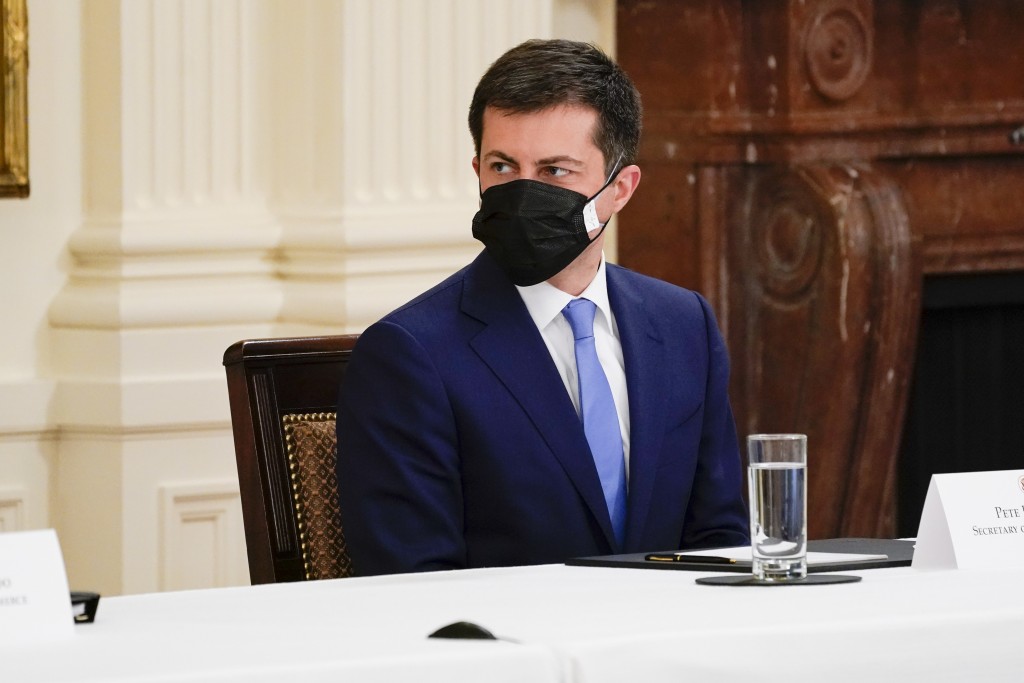 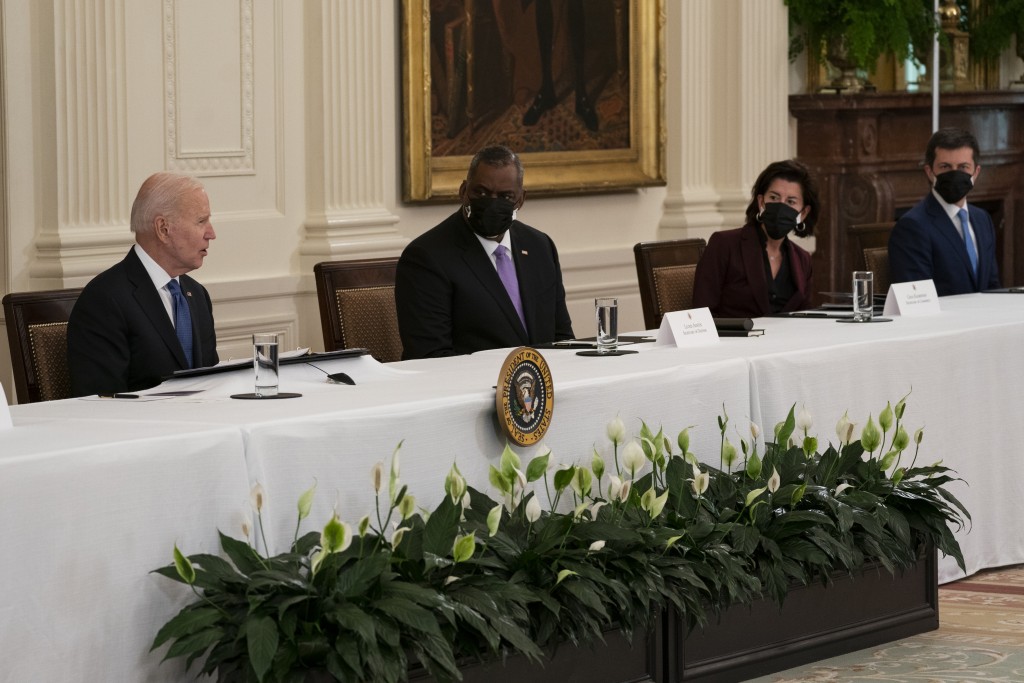 WASHINGTON (AP) — Pete Buttigieg was a few weeks into his job as transportation secretary, buried in meetings and preparing for the launch of President Joe Biden’s $2.3 trillion public works plan, when evening arrived along with a time to try something new in Washington.

Instead of climbing into the back seat of a black SUV like most Cabinet secretaries, he headed to a bike-share rack. Helmet on, and with a couple of Secret Service agents flanking him, he pedaled the mile-long trip to his home in the Capitol Hill neighborhood.

It wasn't a one-time stunt. On Thursday, Buttigieg arrived at the White House for a Cabinet meeting on his two-wheeler. And that wasn't his only “regular guy” moment. Dog park devotees in the District of Columbia have also seen him there, chatting up anyone from children to members of Congress such as Rep. Alexandria Ocasio-Cortez, D-N.Y.

Buttigieg first had his eye on the job of the man who is now his boss, Biden. Buttigieg's presidential campaign was surprisingly successful — he essentially tied for first with Vermont Sen. Bernie Sanders in the Iowa caucuses and finished a close second to him in the New Hampshire primary — and he made a strong impression as someone who represented the future of the Democratic Party.

Now the man known during his campaign as “Mayor Pete" — he was the mayor of South Bend, Indiana — faces the first test of that potential in his first job in Washington: leading a Cabinet department with a $75 billion annual budget and a mandate to help spur an infrastructure program that Biden has likened to the the building of the interstate highway system in the 1950s.

He will have to navigate the complicated politics of both an entrenched bureaucracy at the Transportation Department and the fraught politics of a bitterly divided Washington.

He may have found a way by just riding a bike, which has gained fans from even skeptics in Congress.

“You've got to keep your head up,” Buttigieg told The Associated Press, explaining the path and potential dangers posed from unaccustomed drivers, but he said it can be a much quicker journey from point A to B.

Biden on Thursday tasked Buttigieg and four other Cabinet members — the “Jobs Cabinet” — with selling the administration's infrastructure and climate plan, a flood of money for roads, bridges, airports, broadband communications, water systems and electric cars.

But the plan has already hit a wall with Senate Minority Leader Mitch McConnell, R-Ky., who objects to the corporate tax increases Biden says will pay for the plan and pledges to oppose it “every step of the way.” On the other side, Rep. Pramila Jayapal, D-Wash., the chair of the Congressional Progressive Caucus, says the package should be significantly larger.

The challenge of helping build consensus fits the ambition of the man who had the audacity to run for president from the perch of being mayor of a midsize town in Indiana. When Biden selected the Naval reserve veteran for the transportation post, he praised him as offering “a new voice with new ideas determined to move past old politics.”

In an interview, Buttigieg said he believes that bipartisan consensus is attainable.

“I’ve had enough conversations, especially the one-on-one conversations away from the cameras with members from both sides of the aisle, to know there really is a sincere interest in getting this done,” Buttigieg told the AP. “Now politics can get in the way of that of course. But I think unlike a lot of other issues where there is just deep passionately felt profound disagreement about what to do, here there’s a really healthy overlap in terms of our ideas about what has to happen, even if there is a lot of difference on how to get there.”

Translation? Republicans like smooth roads and fast internet for their constituents, too. But so far, there is no indication Republicans share his position.

He's pledging to promote public transit and other green alternatives to gas-guzzling cars and apply an “equity lens” to infrastructure projects.

Republicans describe the former McKinsey consultant as likable and open-minded, even if they wonder at times about his actual level of sway on legislation.

Illinois Rep. Rodney Davis, the top Republican on a key panel overseeing highways, said he’s talked with Buttigieg twice, once at a meeting with Biden and a bipartisan group of lawmakers at the White House. He called the conversations “really good.”

“I’m very excited to be able to work with him,” said Davis, a cyclist back home in his rural district, who thinks the former mayor can bring a valuable street-level perspective to filling potholes and easing congested streets.

“If he wants to go for a ride to discuss bike lanes and public transit, I’d welcome that,” he said.

Though the youngest Cabinet member at age 39, Buttigieg possesses a star power matched by few others in the group. He did have one recent stumble: He had to quickly walk back a plan to charge drivers per mile they drove. It's a proposal that has some support among Republicans but could violate Biden's campaign pledge not to raise taxes on people earning less than $400,000.

Buttigieg has impressed West Wing aides with his work ethic and willingness to learn. The president’s advisers also hold warm feelings toward the former mayor for his decision last spring to quickly endorse Biden after abandoning his own campaign, helping accelerate the end of the Democratic primary contest.

On that front, she sees his work on infrastructure not as "part of this grand plan on his next move,” but rather as a demonstration of his ability to focus on the task at hand.