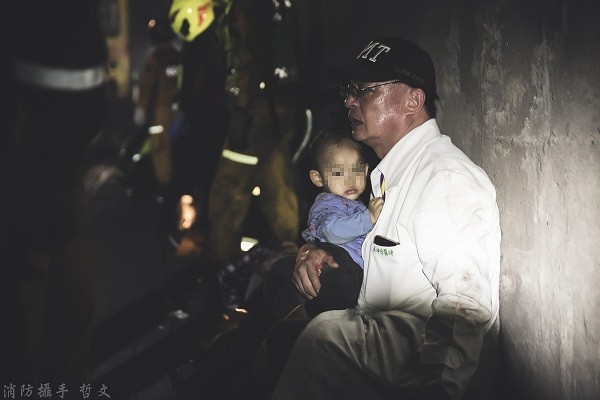 TAIPEI (Taiwan News) — A doctor was photographed holding a child in his arms at the scene of Friday’s (April 2) train wreck shortly after it transpired, warming hearts in Taiwan during this difficult time, CNA reported.

Following the collision of a Taiwan Railways Administration train with a service vehicle — a disaster that left at least 50 dead and over 200 injured — a grandmother was seen sitting in shock, with her grandchild beside her bawling.

Wu Kun-chi (吳坤佶), an orthopedist at Hualien Tzu Chi Hospital and a volunteer firefighter at the Hualien County Fire Department, immediately took the child into his arms and began to comfort it.

The child began to calm, and a nearby firefighter took photos. The firefighter later described it as a heartwarming scene, according to CNA.

Wu said he arrived at the crash around 11 a.m. on Friday morning, but as there was no space beside the train at the entrance of the tunnel, he and other rescuers were forced to crawl along the top of the cars and then lower onto the tracks between them. They had to repeat this process several times to reach the seventh and eighth cars, the most badly damaged.

He and two other rescuers formed a team. They began to categorize the injured into seriously or lightly wounded and collected the bodies of the deceased.

“It can only be described as a hell that one cannot bear to see,” said Wu, who has a lot of search-and-rescue experience. He said the sights were unimaginable, as were the smells. He reminded his team members to periodically rest and check in with themselves.

Wu said the triage helped ambulances to more smoothly send the victims to hospitals and allowed for preliminary medical preparations before their arrival. 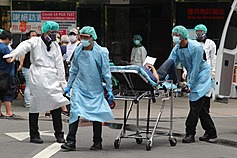 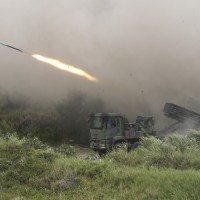