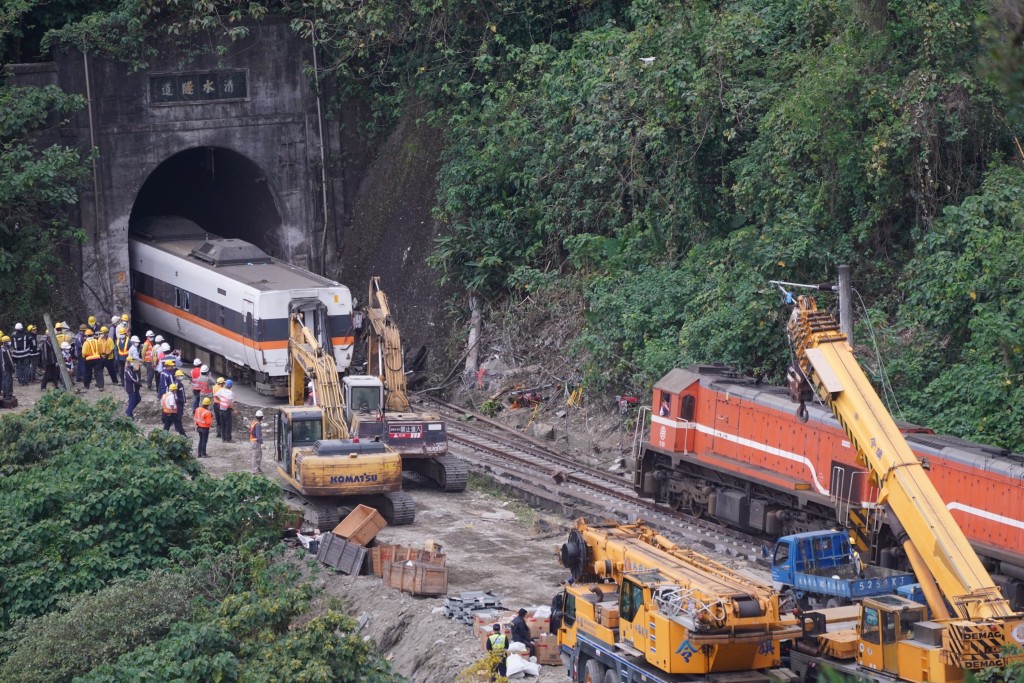 TAIPEI (Taiwan News) — Data retrieved from the train that crashed near a tunnel in Hualien's Taroko Gorge on Friday (April 2) morning indicates the truck that slid down a slope was already on the rail before the fatal collision took place.

Footage obtained from driving recorders on the southbound train suggests the truck appears to have rolled onto the train track prior to the incident. The driver of the train had less than 10 seconds to react and failed to hit the brakes in time, according to Hong Young (楊宏智), chairperson of the Aviation Safety Council (ASC), which is probing the cause of the tragedy.

Taiwan Railways Administration pointed out the train was believed to be running at 130 kilometers per hour at the time and it would have taken 16.6 seconds and a distance of 600 meters for it to stop. The conditions did not allow this to happen, wrote CNA.

To determine when and how the truck got onto the rail and if its brakes had been properly engaged are the key questions in the investigation, Liberty Times quoted Young as saying.

Meanwhile, the driving recorder for the truck was retrieved on Sunday (April 4), which should be able to help paint a clearer picture of one of Taiwan's deadliest rail disasters in decades.

Separately, the Hualien high court has overturned the district court’s decision to release the owner of the truck, surnamed Li (李), on bail. Reasons include the defendant’s inconsistent statements and the fact that his criminal record for forgery had not been taken into consideration by the district court.