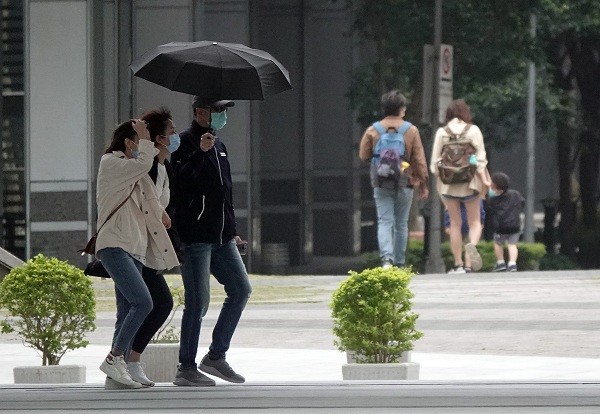 TAIPEI (Taiwan News) — A weak weather front will sweep across Taiwan today (April 4), bringing occasional showers to the north coast, mountainous areas in the north, and the eastern side of the country, according to meteorologist Daniel Wu (吳德榮).

Another weather front, along with another wave of northeasterly winds, will arrive on Thursday and last through the daytime Friday. Wu predicted cooler temperatures and light rain for the north as well as occasional showers for the east and central mountainous regions.

Intermittent drizzles are expected for the north and coasts from Friday night to Saturday, but little drought relief can be expected in areas south of Taoyuan, Wu added.