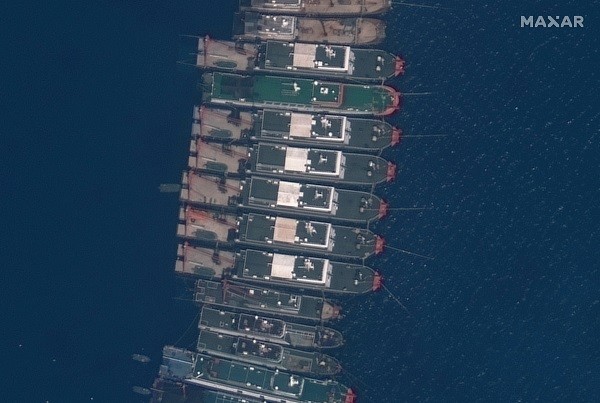 TAIPEI (Taiwan News) — The war of words between the Philippines' defense department and the Chinese Embassy in Manila has taken a rancorous turn over the dozens of Chinese vessels lingering in the Southeast Asian nation's exclusive economic zone (EEZ), with the defense chief remarking that Beijing's envoy "has a lot of explaining to do."

Last month, Manila announced that 220 Chinese ships were moored at Whitsun Reef, known in the Philippines as the Julian Felipe Reef, a V-shaped feature of the Union Banks atoll in the disputed Spratly Islands 324-kilometers from the Philippine province of Palawan. This puts it comfortably within the country's 370-km EEZ, which gives the Philippines sole access to resources in the waters.

The Philippines, Taiwan, Malaysia, Vietnam, Indonesia, and Brunei all lay claim to various parts of the Spratlys. Meanwhile, China claims nearly the entire South China Sea with its so-called nine-dash line, which is not recognized by international law.

Both the Philippines and the U.S. say the horde of vessels belong to China's paramilitary People's Armed Forces Maritime Militia. China insists they are fishing boats sheltering from rough waters.

Philippine Defense Secretary Delfin Lorenzana has on multiple occasions demanded that the ships leave, and the country has increased its military presence in the area, including by sending fighter jets on surveillance missions over the flotilla.

The issue poses a test to Philippine President Rodrigo Duterte, who many observers say has sought to placate Beijing by downplaying his country's territorial grievances in recent years. The Duterte administration also ordered 25 million doses of China's Sinovac coronavirus vaccine earlier this year.

As of Saturday (April 3), the Philippine Department of National Defense said 44 China-flagged ships were still anchored off the Whitsun Reef. "The Chinese Ambassador [Huang Xilian, 黃溪連] has a lot of explaining to do," said Lorenzana that same day in a statement objecting to the vessels sailing near and mooring off the Philippines-controlled reef despite weeks of protestations.

"I am no fool," an exasperated Lorenzana said. He pointed out that given recent favorable weather conditions, there are no safety concerns to justify the ships' continued presence. "These vessels should be on their way out. 'Umalis na kayo diyan'" —Tagalog for "Get out of there."

China responded Saturday night through its embassy in the Philippine capital, saying it had "taken note of the perplexing statement" by Lorenzana. It repeated the assertion that the ships carry fishermen, not members of its maritime militia, and declared the reef to be "part of China's Nansha Islands" and a longtime "traditional fishing ground" for its fishery workers.

The embassy again insisted the ships have been taking shelter at the reef because of "rough sea conditions." Expressing its commitment to "safeguarding peace and stability in the waters," the representative office took a swipe at the Philippine defense chief, advising against "any unprofessional remarks which may further fan irrational emotions."

Lorenzana hit back in a Sunday (April 4) press release, saying the "utter disregard by the Chinese Embassy in Manila of international law especially the UNCLOS [United Nations Convention on the Law of the Sea] to which China is a party is appalling." He pointed to the 2016 ruling by the Permanent Court of Arbitration in The Hague, which sided with the Philippines and shot down China's expansive territorial claims under the "nine-dash line."

He went on to say that China should "respect Philippine sovereignty over" areas within the EEZ and asserted that the ongoing presence of "Chinese maritime militias" there reflects designs to "occupy features" there, just as China took control of nearby Scarborough Shoal by muscling out Philippine fishermen in 2012.

The latest escalation in the spat over disputed reefs follows a conversation between U.S. National Security Advisor Jake Sullivan and his Philippine counterpart Hermogenes Esperon last week. The White House said the two discussed their concerns about the Chinese flotilla and that Sullivan assured Esperon the countries' mutual defense treaty covers Philippine territory in the disputed sea. 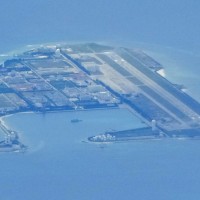 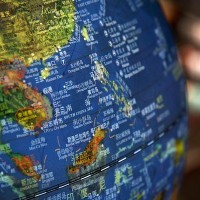