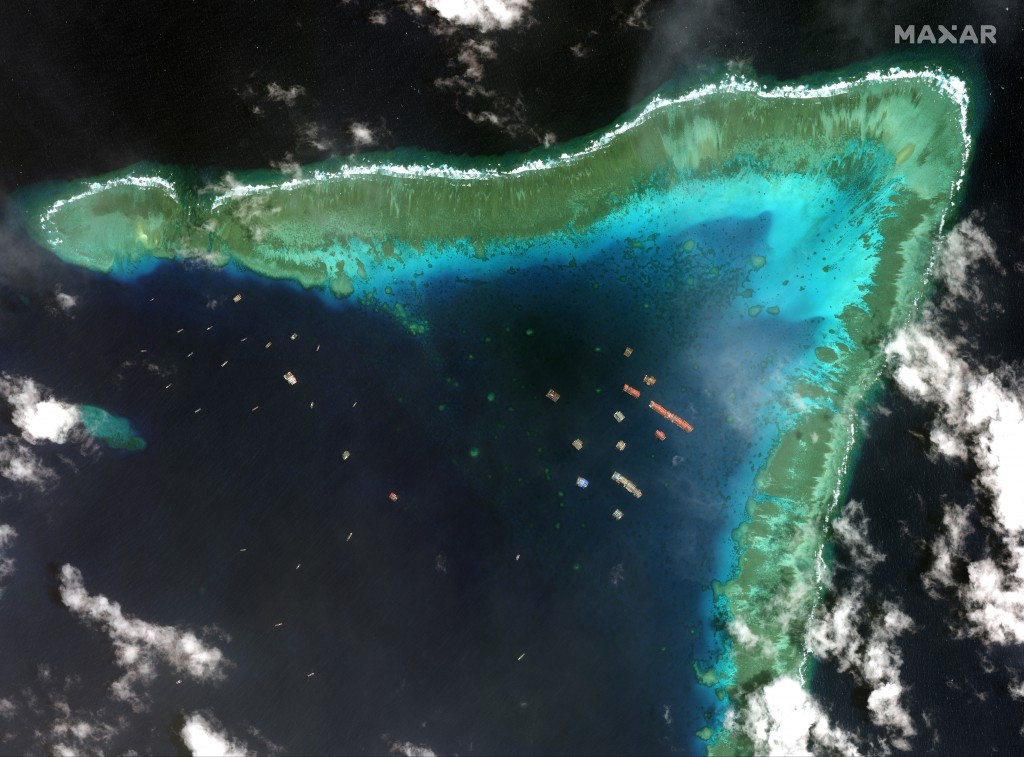 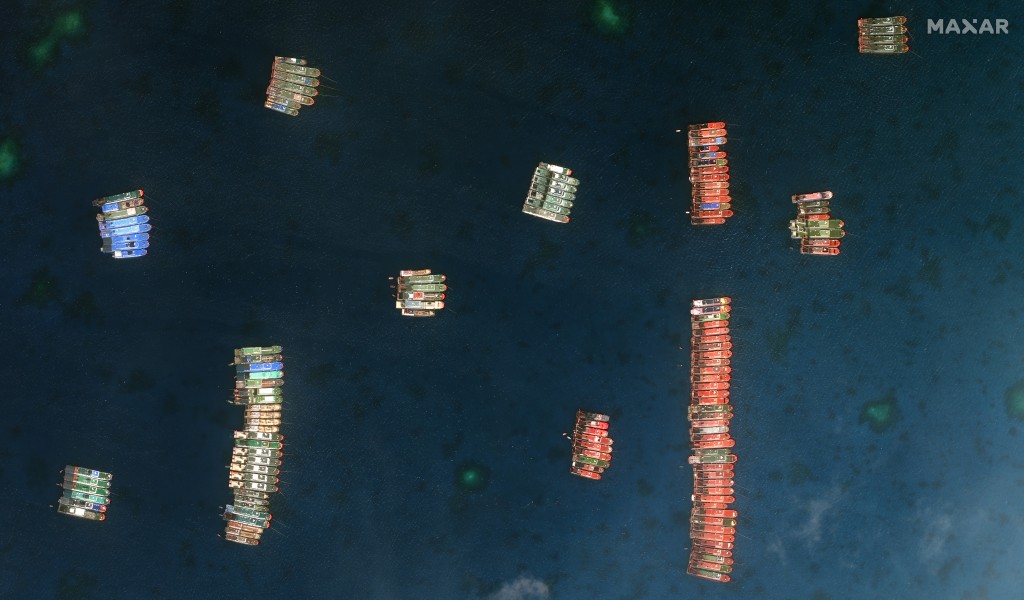 MANILA, Philippines (AP) — An annoyed Philippine defense chief renewed a demand on Saturday for dozens of Chinese vessels to leave a Manila-claimed reef in the South China Sea, and said he would not be fooled by Chinese assertions that the vessels were taking shelter from bad weather.

The Chinese Embassy shot back at what it called a “perplexing statement” by Defense Secretary Delfin Lorenzana and insisted that the vessels had the right to take shelter in what it said was Chinese territory. “Nobody has the right to make wanton remarks on such activities,” it said.

The unusually hostile public exchange stemmed from the sighting early last month by the Philippine coast guard of more than 200 Chinese vessels, which Lorenzana called “militias,” at the Whitsun Reef. The Philippines filed a diplomatic protest, saying the reef, which it calls Julian Felipe, lies within an internationally recognized offshore zone, where it has the exclusive right to exploit fisheries, oil, gas and other resources.

China ignored Manila’s demand for the Chinese vessels to leave the area, which it calls Niu’e Jiao and claims as Chinese territory. The Chinese Embassy in Manila said the vessels were taking shelter at the reef from rough sea conditions.

“The Chinese ambassador has a lot of explaining to do,” Lorenzana said in a statement Saturday, adding that the latest Philippine military surveillance showed 44 Chinese vessels were still moored at the reef.

“I am no fool. The weather has been good so far, so they have no other reason to stay there. These vessels should be on their way out. You should get out of there,” Lorenzana said Saturday.

The Chinese Embassy responded anew by repeating that the vessels were taking cover in what it called Chinese waters.

“It is completely normal for Chinese fishing vessels to fish in the waters and take shelter near the reef during rough sea conditions,” the embassy said.

“We hope that authorities concerned would make constructive efforts and avoid any unprofessional remarks which may further fan irrational emotions,” the embassy said. It added that “China is committed to safeguarding peace and stability in the waters.”

Whitsun Reef lies in the Spratlys, the most hotly contested region in the South China Sea. The Philippines regards the resource-rich chain of islands, islets and atolls as part of its western province of Palawan. But the offshore region is also claimed entirely or partly by China, Vietnam, Malaysia, Taiwan and Brunei. China has turned seven disputed reefs into missile-protected island bases in recent years, ratcheting up tensions.

The United States has expressed support for the Philippines, its long-time treaty ally, and accused China of using “maritime militia to intimidate, provoke and threaten other nations, which undermines peace and security in the region.” Beijing denied the vessels were part of a maritime militia.

Philippine President Rodrigo Duterte has nurtured friendly ties with Beijing since taking office in 2016 and has been criticized for not immediately demanding Chinese compliance with an international arbitration ruling that invalidated Beijing’s historic claims to virtually the entire South China Sea. China has refused to recognize the 2016 ruling, which it called “a sham,” and continues to defy it.