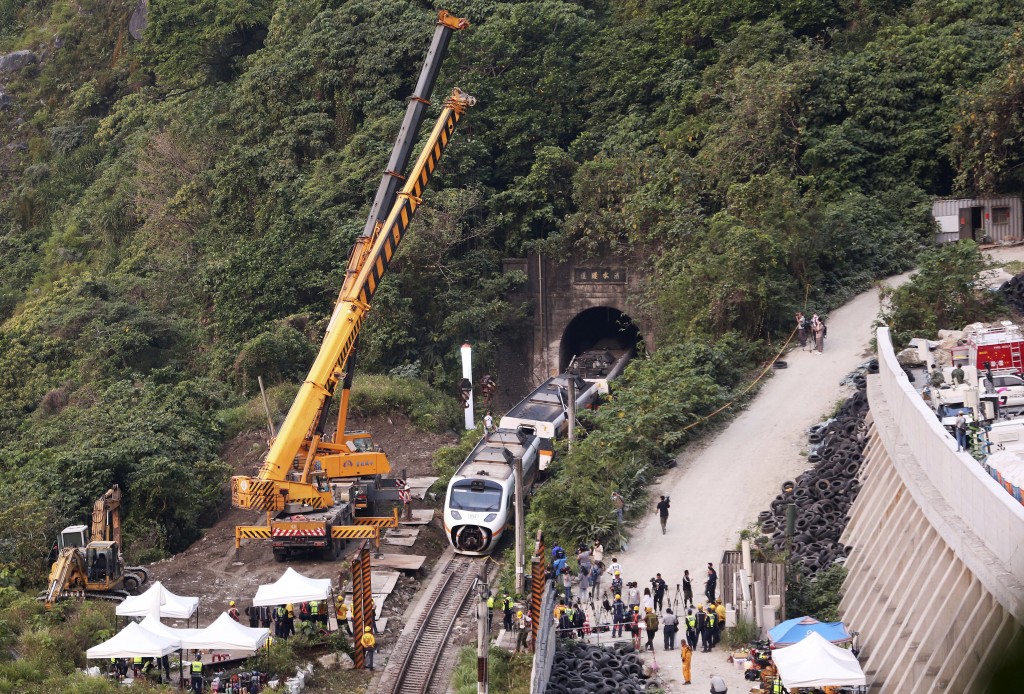 TAIPEI (Taiwan News) — The Taiwanese government has thanked friends and allies throughout the world for their support following the deadly train accident that claimed 50 lives in the eastern county of Hualien Friday (April 2).

The Ministry of Foreign Affairs (MOFA) said that as of Monday (April 5) at noon, it had received 780 messages conveying "concern and condolences" from heads of state, government officials, legislators, representatives of international organizations, and scholars from a total of 94 countries, including all 15 of Taiwan's diplomatic allies.

Many others voiced their sympathies publicly, including Japanese Prime Minister Suga Yoshihide, who took to Twitter to express "mourning for the deceased and sincere consolation for the injured." Meanwhile, Indian Ministry of External Affairs Spokesman Arindam Bagchi tweeted: "We are deeply saddened by the loss of so many lives in the railway accident in Taiwan."

Czech Senate President Milos Vystrcil, who led a large delegation of politicians and businesspeople to Taiwan last August, also chimed in on the social media platform. "My thoughts are with you and I believe that many of us will offer a prayer to your country," he wrote.

Deep sympathy to #Taiwan hit by a tragic accident. Sincere and deep condolences to those who lost their beloved ones and wishes of a speedy recovery to the injured.
My thoughts are with you and I believe that many of us will offer a prayer for your country. - Milos Vystrcil

At 9:28 a.m. on Friday, the start of the four-day Tomb Sweeping Festival holiday, a Taroko Express train bound for Hualien hit a crane truck believed to have rolled down a hillside onto the tracks moments before the train emerged from the Daqingshui tunnel in Hualien County's Xiulin Township.

A total of 146 were injured, while 50 have been confirmed dead in what was the country's deadliest train accident in seven decades.