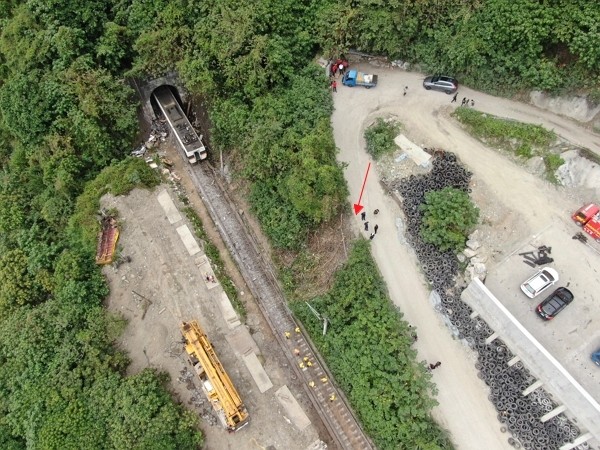 TAIPEI (Taiwan News) — The driver of a crane truck believed to have caused the tragic train accident in eastern Taiwan on Friday (April 2) tried to forge photos in a construction report in 2015, according to a ruling by the Taiwan High Court.

The ruling, issued by the Hualien branch of the court in February, determined that the crane truck driver, surnamed Lee (李), had instructed one of his employees to photoshop two construction site images for a report in July 2015. Lee was found to have sent the falsified report to the Hualien County Government while applying for NT$556,512 (US$19,496) in project funding.

The court of first instance ruled that Lee had violated the Anti-Corruption Act and handed him a six-month prison sentence, which can be commuted to a fine of NT$180,000. Despite his explanation that he had only “borrowed” photos from another project to illustrate the progress of the one he was in charge of, the High Court rejected his appeal.

Following the country's deadliest train accident in more than seven decades Friday, Lee was taken to a local police station for questioning and was later detained on suspicion of negligent homicide (過失致死罪). Around 1 p.m. on Saturday, he was released on bail of NT$500,000 after reportedly experiencing emotional distress.