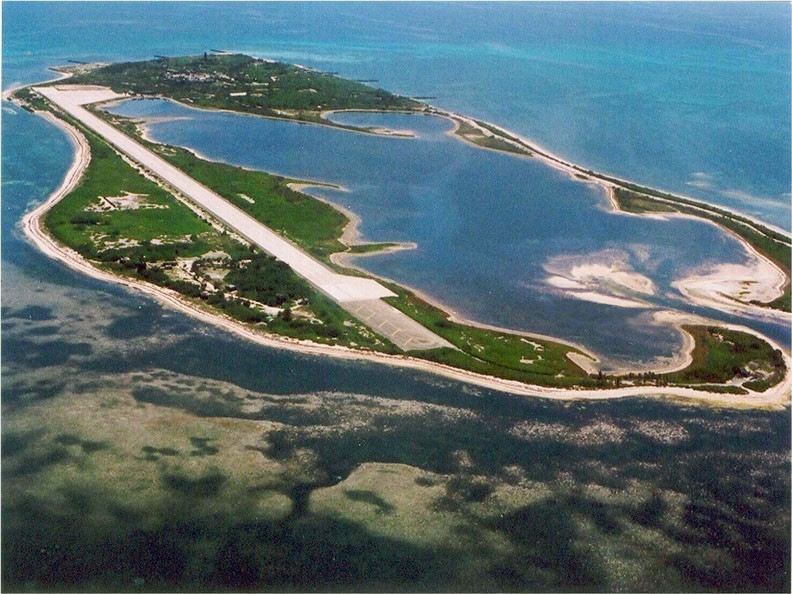 TAIPEI (Taiwan News) — In order to strengthen the defense of Taiwan’s Dongsha Islands (東沙群島, Pratas Islands), Taiwan has begun the reconstruction of the Dongsha Airport runway, which is scheduled to be completed by next February.

According to the recent Ministry of National Defense budget report, the Dongsha Airport runway renovation project was approved in February 2020, with construction originally to start on April 6th that same year. However, due to cross-strait tensions and weather concerns, construction did not begin until this March, Liberty Times reported.

Dongsha Airport is currently managed and maintained by a detachment from the Air Force’s Pingtung Base. On weekdays, Air Force C-130 transport planes bring supplies, while Uni Air charter flights operate between the islands and Kaohsiung International Airport.

Former Deputy Air Force Commander Chang Yen-ting (張延廷) said Friday (April 2) that personnel and supplies can be sent to Dongsha Airport from the Taiwanese mainland, and vice versa, during peacetime. If need be, the Air Force can carry out multiple strategic transportation and replenishment missions, using transport planes to carry troops, firepower, and equipment to the islands.

On April 1, a Chinese military drone was detected flying over the islands, prompting the Coast Guard Administration to strengthen defenses there.