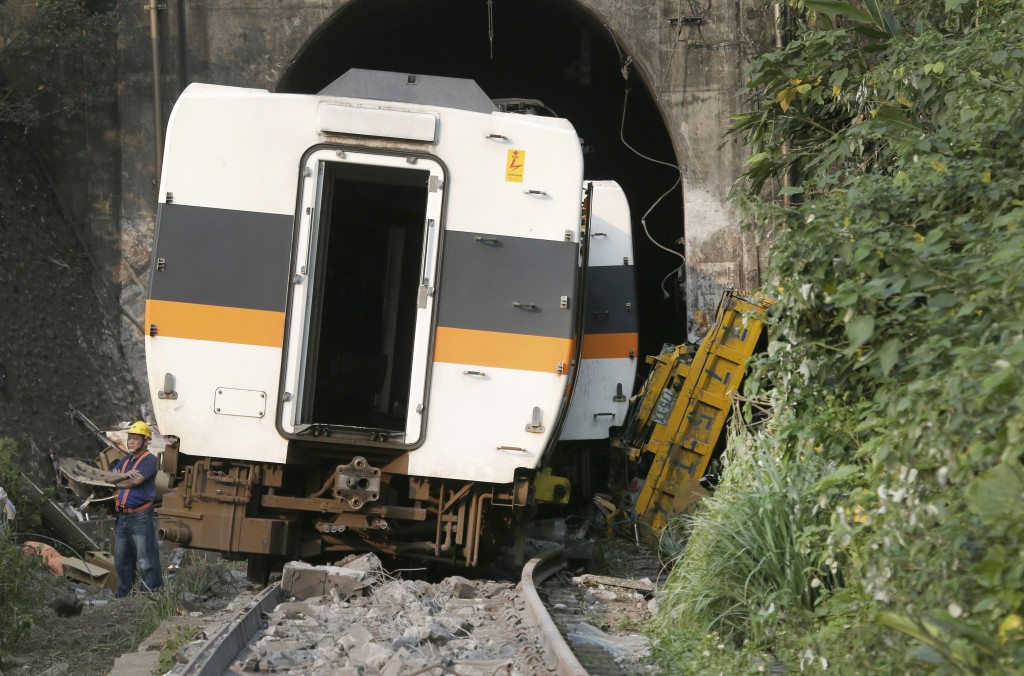 The TRA confirmed Tuesday morning that the second American woman is among the dead.

TAIPEI (Taiwan News) — One American is dead and another missing after Friday's (April 2) train derailment that killed 50 in Hualien County, the Ministry of Foreign Affairs (MOFA) confirmed Saturday afternoon (April 3).

As Taiwan mourns those killed after a southbound Taiwan Railways Administration went off the track, MOFA announced that the country has identified another body, an American, and mounted a search for her missing companion, also a U.S. national.

The Hualien District Prosecutor's office told the press that both were women and one was Taiwanese American. The woman who was confirmed to be dead was 25 years of age, while the other woman is 27, according to Nownews.

Foreign Minister Joseph Wu (吳釗燮) contacted American Institute in Taiwan Director Brent Christensen to express his condolences and assure him the Taiwanese government will provide any necessary assistance to the victims, the ministry said in a statement.

It also stated that the AIT has contacted the families of both Americans and pledged that MOFA will work with the de facto U.S. embassy and other American entities to meet the families' needs as the situation develops.

At 9:28 a.m. on Friday, the start of the four-day Tomb Sweeping Festival holiday, a Taroko Express train carrying over 450 passengers and bound for Hualien hit a crane truck believed to have rolled 20 meters down a slope onto the tracks moments before the train emerged from the Daqingshui tunnel in Hualien County's Xiulin Township.

A total of 146 were injured, while 50 have been confirmed dead in what was the country's deadliest train accident in seven decades. The American woman joins a Frenchman as the second foreign national to be killed.

Based on the preliminary investigation, the Taiwan Transportation Safety Board (TTSB, 運安會) has said it believes the brakes of the crane truck were not engaged, leading to the collision.