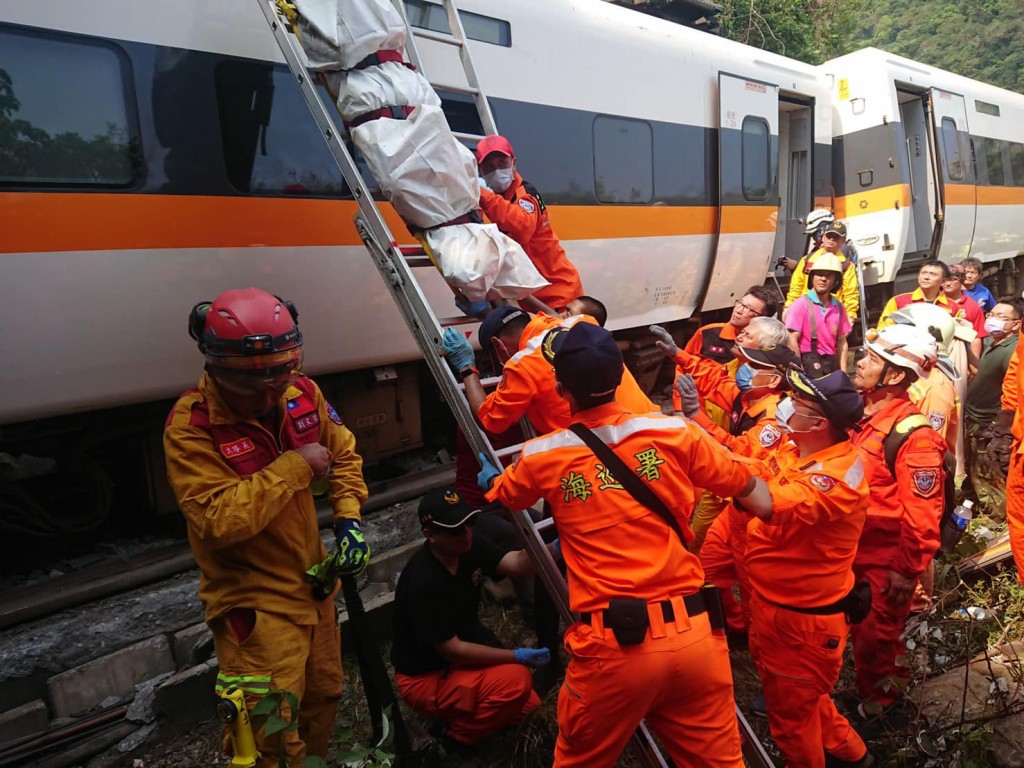 TAIPEI (Taiwan News) — A French national was among the 50 people who perished in Taiwan's deadliest train accident in 70 years Friday, and three other foreign citizens were injured.

At 9:28 a.m. on Friday, the first day of the Tomb Sweeping Festival holiday, the Taiwan Railways Administration (TRA) No. 408 Taroko train running from Shulin, New Taipei, to Taitung, suddenly derailed as it entered the Daqingshui tunnel. As of 7 p.m., the death toll from the derailment had reached 50, including the conductor, his assistant, and 48 passengers, while 146 were injured and are receiving treatment.

Among the passengers who died was one Frenchman, identified as Charles De Guyenro and reportedly born in 1993. Two Japanese and one Australian sustained minor injuries and are currently being treated in nearby hospitals, according to the Ministry of Foreign Affairs (MOFA).

The ministry said that it has contacted its representative offices in France, Japan, and Australia to inform them of the death and injuries suffered by citizens of those countries and to offer assistance. MOFA stated that it "expresses its deep sorrow for this unfortunate accident," and it offered "sincere condolences to the victims and their families."

The international community has also reached out to Taiwan over the tragic accident. As of 6 p.m. on Friday, representatives from diplomatic allies and a host of other countries had expressed their condolences. In response, MOFA voiced "sincere gratitude for the concern and warm greetings."

Friday's derailment is the deadliest railway accident to occur in Taiwan over the past 70 years, according to Apple Daily.