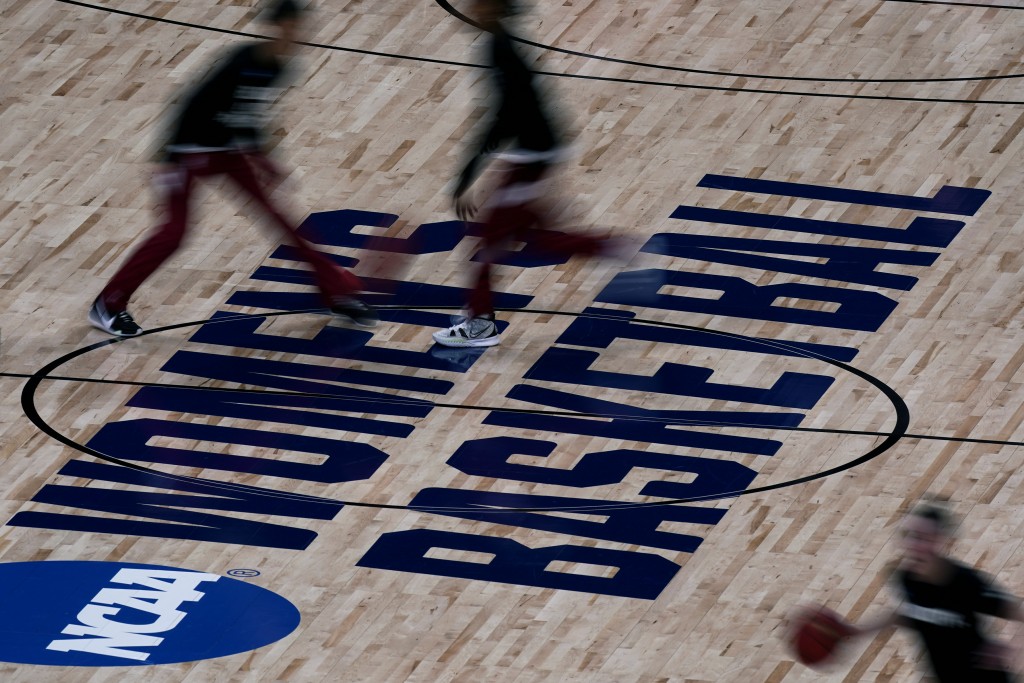 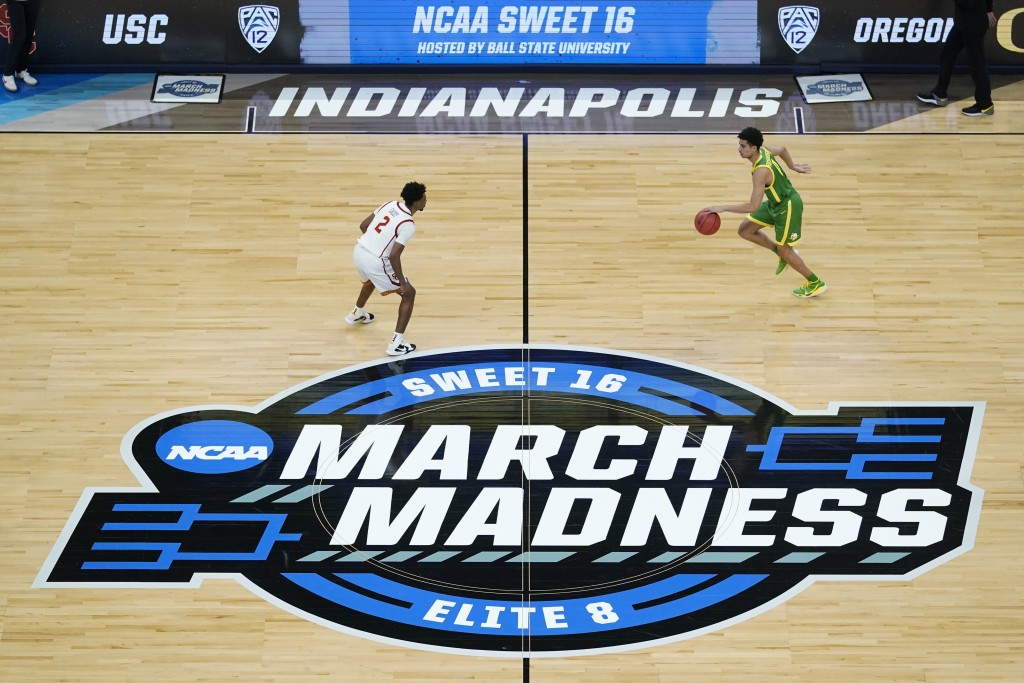 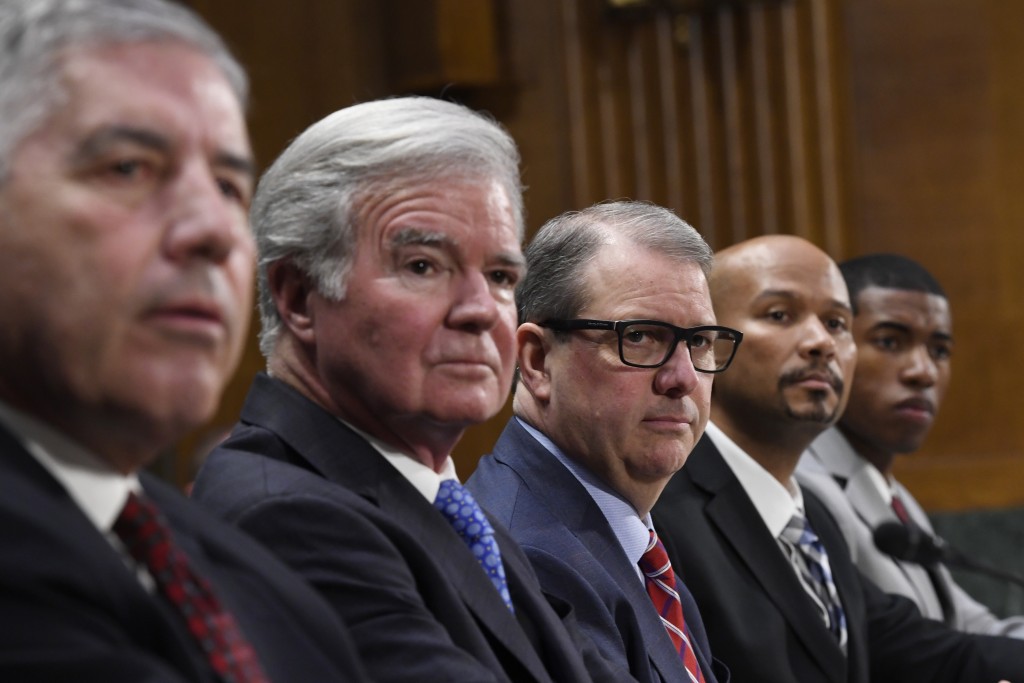 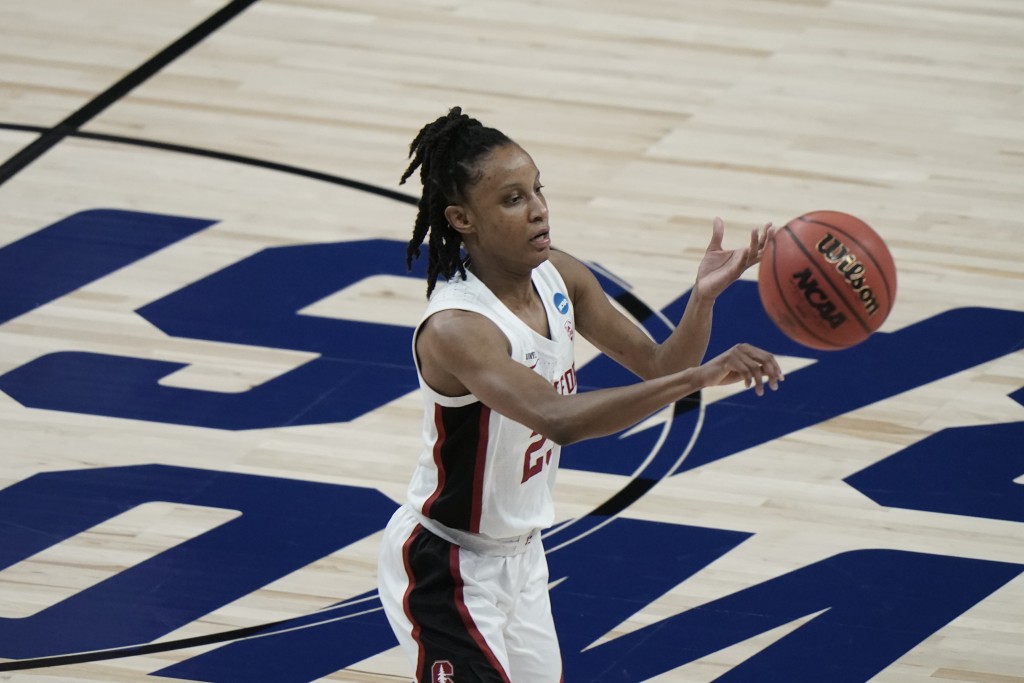 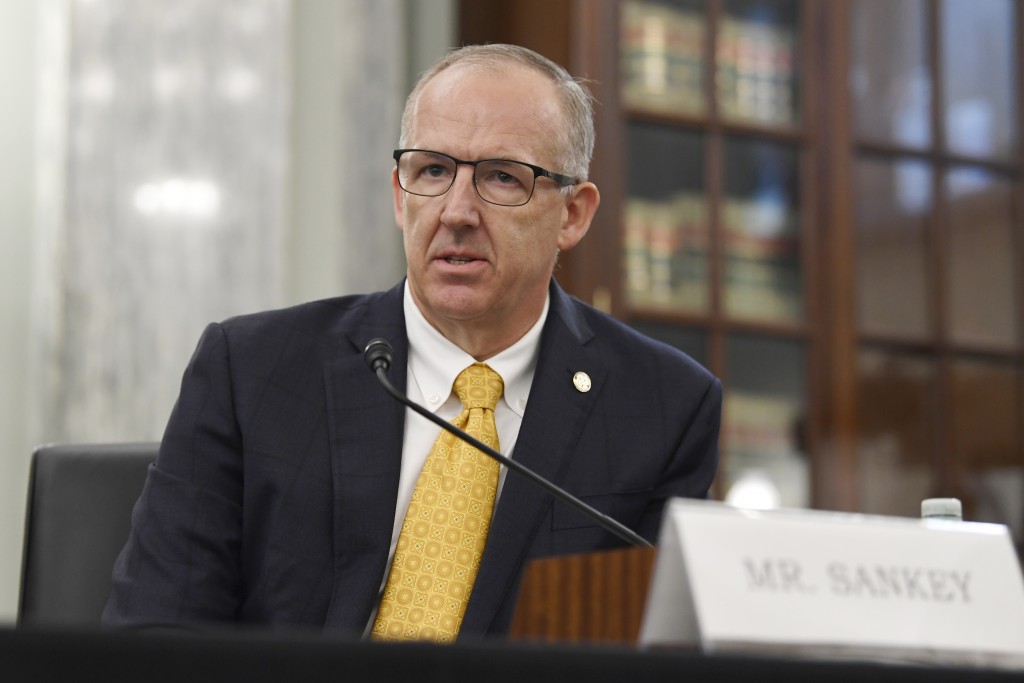 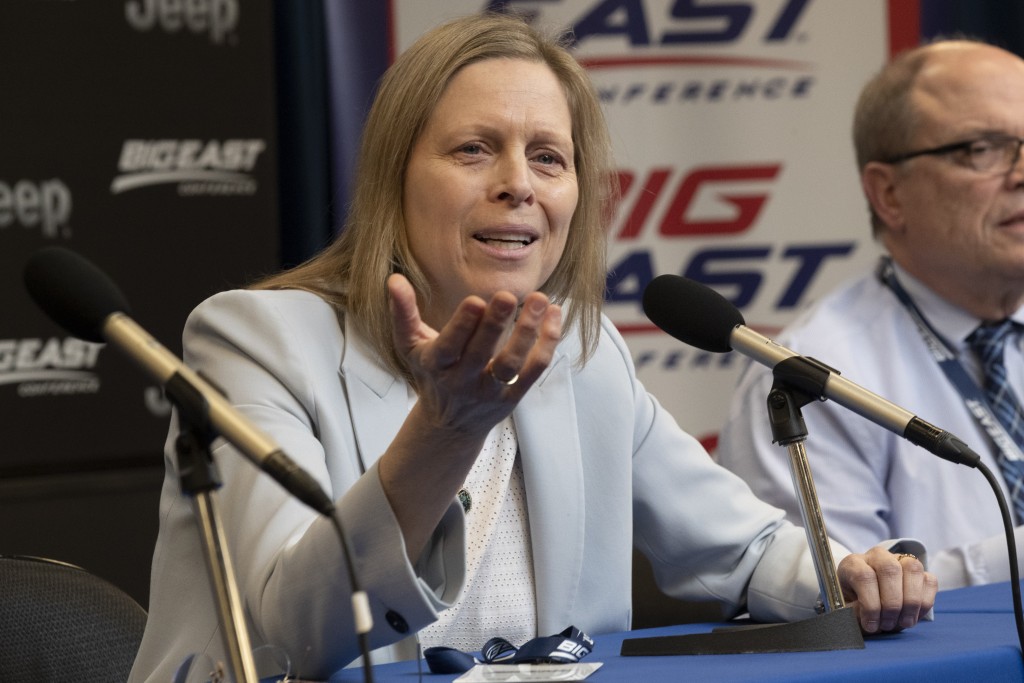 INDIANAPOLIS (AP) — To hear many of those in charge of Division I programs tell it, the state of play for women's sports could get worse, not better, under proposals that would put more money in the pockets of some college athletes.

Via a new Associated Press survey of athletic directors, and in conversations with ADs and conference commissioners during March Madness, a picture emerged of concern for sports other than the two largest revenue-generators, football and men’s basketball.

The AP asked 357 ADs a series of online questions shortly before various differences between the men’s and women’s basketball tournaments were put on full display over the past two weeks, drawing complaints from players and coaches, along with mea culpas from the NCAA. Granted anonymity in exchange for candor, 99 athletic directors participated.

The most striking of the results released Thursday: 94% of respondents said it would be somewhat or much more difficult to comply with Title IX gender equity rules if their school were to compensate athletes in the biggest money-making sports.

“Sharing revenue with student-athletes is not feasible. That only works if universities are then absolved of Title IX requirements,” one AD wrote in the survey. “Football revenue supports women’s golf, women’s tennis, women’s softball, women’s volleyball, women’s soccer, women’s track and field on this campus.”

More than 70% said certain sports would lose funding or be cut altogether if their school offered additional non-scholarship payments to students.

“It’s not good enough to just say, ‘Let’s change.’ We have to contemplate the impacts of the change. What’s on the other side of the looking glass,” said Southeastern Conference commissioner Greg Sankey, whose league's ADs did not participate in the survey. “And I am concerned — highly concerned — about the impact on all student-athletes.”

After decades of clinging to an amateur ideal, the NCAA is on the verge of letting players sign individual sponsorship deals to profit off their names, images and likenesses (referred to as “NIL”). With some state laws already on the books that would allow players to cash in, Congress is considering no fewer than four bills that would establish NIL rights and/or call for schools to share revenues with athletes. The Supreme Court heard arguments Wednesday in a case about whether limits on compensation for athletes violate antitrust laws.

Because of TV deals, football and men’s basketball are the biggest sources of cash for most schools’ sports programs; only 25 schools' athletic departments pulled in more money than they spent in 2018-19, according to the NCAA, and all were in the Power 5 conferences: SEC, Atlantic Coast Conference, Big Ten, Big 12, Pac-12.

“What little revenue 95% of institutions realize through revenue sports goes toward supporting other sports,” one AD wrote as part of the AP survey. “Paying those 5% of students will devastate the other teams that rely on that revenue to survive.”

So a fundamental restructuring of the revenue model could ultimately shift money out of women’s sports.

One question: Will NIL contracts with individual athletes siphon too much money from schools or conferences?

“If that happens," Florida State AD David Coburn said, "that IS going to impact not just other men’s sports, but it will certainly impact women’s sports and the ability of universities to impact equity.”

One key matter in college sports is whether women and men get the same opportunities, such as the number of spots available for athletes at a school or the quality of training facilities. That standard was enshrined in federal law in 1972 by Title IX, which broadly prohibits gender discrimination in educational programs that receive federal funding.

The NCAA might not have abandoned the letter of the law, but it certainly lost sight of the underlying principle during its two biggest events: the men’s basketball tournament, held entirely in Indianapolis this year and ending Monday, and the women’s tournament, concluding Sunday after a two-week run in San Antonio.

“It was very unfortunate and hurting to see that we didn’t have the same effort put in,” Stanford senior guard Kiana Williams said. “We don’t need the exact same weight room as the men, but there just could have been a little bit more effort.”

The NCAA and its president, Mark Emmert, shifted to damage control. The spin campaign continued Wednesday with a news conference suddenly added to Emmert’s schedule and intended as a time to discuss the women’s tournament. That’s in addition to a previously planned session with reporters Thursday to assess the men’s competition.

In an AP interview, Emmert blamed staff communication for the issues and acknowledged “decades of undervaluing women’s sports.” The NCAA announced it would engage a law firm to assess gender equity issues across its title competitions.

“What kind of cocoon are you living in? The player from Oregon starts putting up a TikTok — and they probably had to explain to Mark Emmert what a TikTok is, by the way — and the next thing you know, it just gained steam. Those things that happened are just symptomatic of how they’ve just ‘second-classed’ the women’s tournament to the men’s tournament,” said Rich Ensor, commissioner of the Metro Atlantic Athletic Conference.

“Underneath the surface,” Ensor said, "there are a lot of problems.”

The Big East’s Ackerman, whose league’s 11 athletic directors all are men, said her conference and others are considering something akin to the NFL’s Rooney Rule that governs coaching and front-office searches, in the hopes of “ensuring that in every pool of final candidates for a high-profile position, there is someone from an under-represented population, whether it’s a person of color or a woman.”

Donna Woodruff, Loyola Maryland's AD, said increasing diversity “helps to avoid the mistakes of the past.”

“It doesn’t guarantee that you do," she said, “but it certainly should help.”

Whoever is running college athletic departments can expect a seismic shift in the way the business operates.

To get a sense of what's coming, the AP presented a series of online questions to ADs; a cross-section from around the country participated, but the 28 athletic directors of the SEC and Big Ten did not.

As part of the survey, one AD referred to the looming shakeup as “a rich-get-richer scheme” for leagues already dominating the landscape.

One SEC athletic director, Kentucky’s Mitch Barnhart, who is also the chairman of the men’s basketball tournament selection committee, said in an interview it is just too difficult to predict possible fallout.

“It’d be the equivalent of saying we’re going to bet on a game without knowing who the participants are,” Barnhart said. “We just don’t have enough information.”

From the AP survey:

— If your school begins compensating athletes in revenue-generating men’s sports such as football and basketball, how will that affect your school’s ability to comply with Title IX? Would that make it: Much more difficult: 75.3%; Somewhat more difficult: 18.6%; No impact: 6.2%; Somewhat easier or much easier: Zero.

— If your school were to offer compensation beyond scholarships to students, are there any sports that would lose funding or be cut by your school? Yes: 73.7%; No: 26.3%. One AD from a Group of 5 conference, football-playing schools a tier below the Power 5, said: “That’s who needs to worry — anyone involved in any sport that doesn’t generate revenue."

There are, without a doubt, skeptics who question the sincerity of ADs professing worries about eliminating sports or negative effects on women’s sports.

Maybe, the thinking goes, they just want to avoid wholesale changes and are searching for plausible reasons for leaving things as they are.

“This whole argument is definitely reflective of the ‘playbook.’ It’s going to the ‘playbook’ when they say that about women’s sports and about Title IX,” said Victoria Jackson, a sports historian who teaches at Arizona State. “It comes up whenever any mention of change in revenue comes out.”