TAIPEI (Taiwan News) — A Chinese man who claimed that he was longing for "Taiwan's democracy and freedom" successfully reached Taiwan's Kinmen County over the weekend by way of an improvised watercraft.

Taiwan's Coast Guard Administration (CGA) on its Facebook page on Tuesday (March 30) announced that a Chinese national was apprehended in Kinmen County's Wuqiu Township after he made what it described as a "Taiwan freedom voyage" via a homemade boat. The CGA stated the man has since been transferred to the Kaohsiung District Prosecutor's Office to be investigated for violating the Immigration Act (入出國及移民法). According to the CGA, it received a report at 8 p.m. on Saturday (March 27) of a man wandering around on the southern coast of Wuqiu Township. He appeared to have just disembarked from a tiny jerry-rigged boat.

Officers immediately handed him a face mask, took his temperature, and asked for basic identification information, before taking him to a detention center for further questioning. The CGA immediately notified the Centers for Disease Control (CDC) and handled him in accordance with Central Epidemic Command Center (CECC) epidemic prevention guidelines.

The man was identified as a 37-year-old Chinese national surnamed Li (李), who was a resident of Meizhou Island in China's Fujian Province, which is only 20 nautical miles (37 km) from Wuqiu Township and 72 nautical miles from Kinmen, reported UDN. The primitive craft was found to have a steel bar skeleton that surrounded a styrofoam core with a wooden deck and was powered by an outboard motor.

During questioning, Li said that he constructed the dinghy and made the treacherous journey because he "yearned for Taiwan's democracy and freedom," reported ETtoday. However, the CGA emphasized that his actions were illegal and were a breach of epidemic prevention efforts. Authorities are investigating whether the man was truly seeking asylum or had other motives, such as illegal smuggling. The CGA vowed that its marine patrol units will "continue to uphold the security of the border and protect the nation's people." 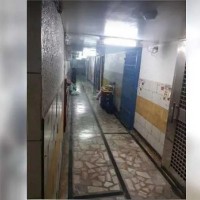 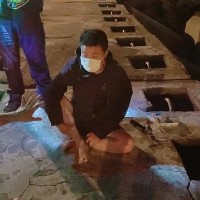 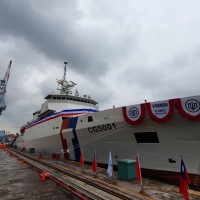