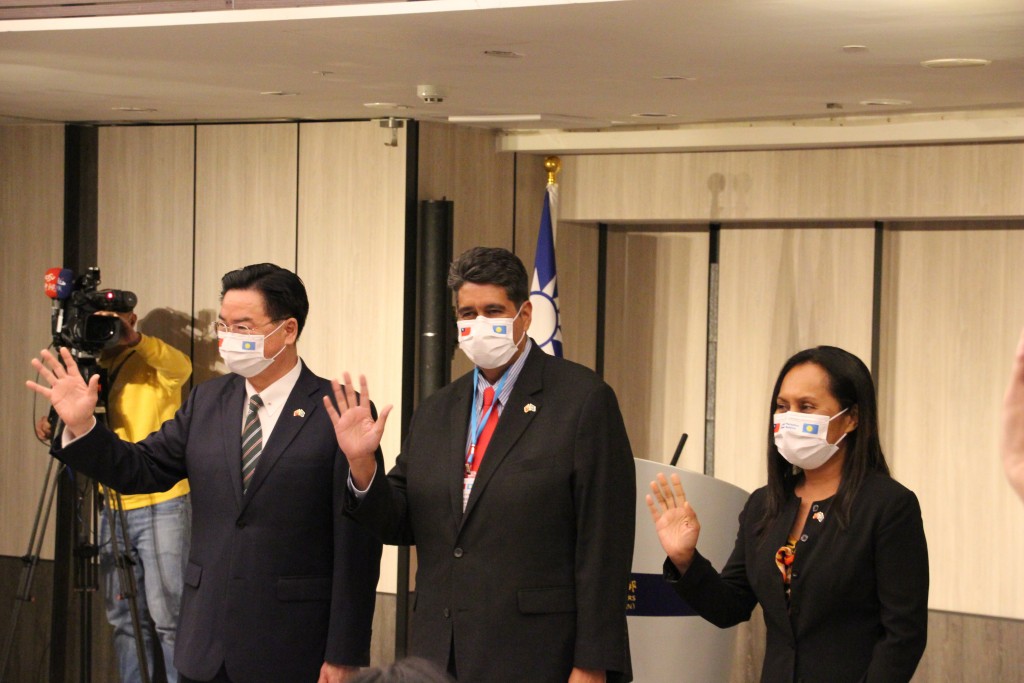 TAIPEI (Taiwan News) — Palau's President Surangel Whipps Jr. likened China's approach to diplomacy to an abusive relationship on Monday (March 30), the third day of the Pacific island's delegation to Taiwan to herald the opening of a travel bubble.

The archipelagic nation, population 21,613, has for years resisted China's efforts to get it to abandon Taiwan. The East Asian giant loomed large at a press conference for Whipps hosted by the Ministry of Foreign Affairs, particularly since the Palauan delegation included John Hennessey-Niland, the first sitting American ambassador to visit Taiwan since the U.S. cut ties with it in 1979.

Asked about the Chinese pressure campaign to get Palau to switch relations to Beijing, Whipps noted that China's government had previously used its control over the nation's travel industry to entice Palau with a flood of tourists.

Palau experienced a tourism boom around 2010, and international visitors doubled in five years. The proportion who were Chinese shot up especially high, accounting for 54 percent of Palau's 169,000 visitors in 2015, according to government data.

Whipps called this spike in Chinese tourism a "teaser." However, as the country failed to join the ranks of former Taiwan allies that were drawn to Beijing's promises of development and investment, China weaponized tourism in November 2017, instituting a ban on package tours to Palau. While it was already seeing a slight dip in general tourism, which the Palau Visitors Authority attributed to drought and the effects of overcrowding, the number of visitors from China fell precipitously.

Referring to China's "carrot-and-stick" approach, Whipps said, "I use this example: You don't beat your wife to make [her] love you. That's not what you do."

Relationships should be mutually beneficial and based on trust without coercing one side to make a decision "because there's a political game you're trying to play," he stated. He added that the island nation welcomes Chinese tourists and trade but that "We don't have to harass each other to try to push people in certain directions."

China in 2019 succeeded in poaching two other small Pacific nations: the Solomon Islands and Kiribati. This left Taiwan with only 15 official allies.