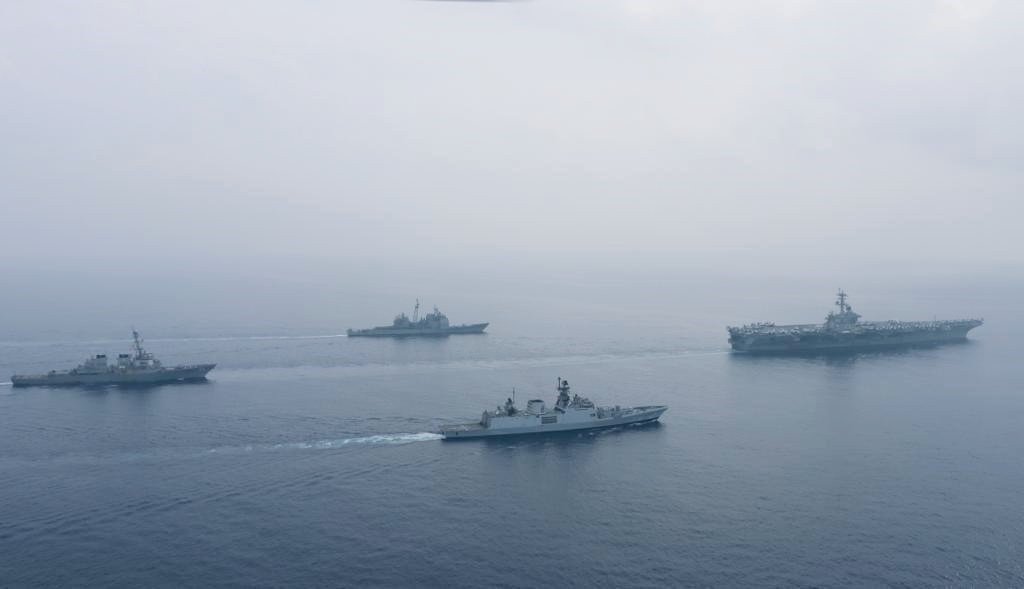 TAIPEI (Taiwan News) — In response to China's recent provocative activities in the Indo-Pacific region, the US and India Sunday (March 28) launched military exercises in the eastern Indian Ocean region.

On Sunday, the U.S. Navy and the Indian Navy kicked off the Passage Exercise (PASSEX) war games that are slated to last until Monday (March 29). For the first time, the Indian Air Force sent fighter jets to take part in the exercise.

The drills come one week after U.S. Defence Secretary Lloyd Austin visited India as part of a three-nation tour. During his visit, the two sides agreed to step up military-to-military engagement amid China's increasing aggression in the region.

Our relationship is a stronghold of free and open Indo-Pacific region. PM Modi stated India stands for freedom of navigation and freedom of overflight, unimpeded lawful commerce in adherence to international law. This reaffirms our shared vision for regional security,"

During the exercises on Sunday and Monday, the INS Shivalik, a stealth multi-role frigate, and Long Range Maritime Patrol Aircraft P8I teamed up with the USS Theodore Roosevelt Carrier Strike Group. In a tweet uploaded on Sunday, the Indian Navy announced that Indian Air Force fighters were included in the exercise to provide them with the chance to train in air interception and air defense with the US Navy near the coast of India.

The drills were preceded by the Malabar naval exercise in November and included warships from all four Quad nations: India, the U.S., Japan, and Australia. In April, the Indian Navy will join its Quad allies in taking part in a French naval exercise in the Bay of Bengal called "La Perouse."