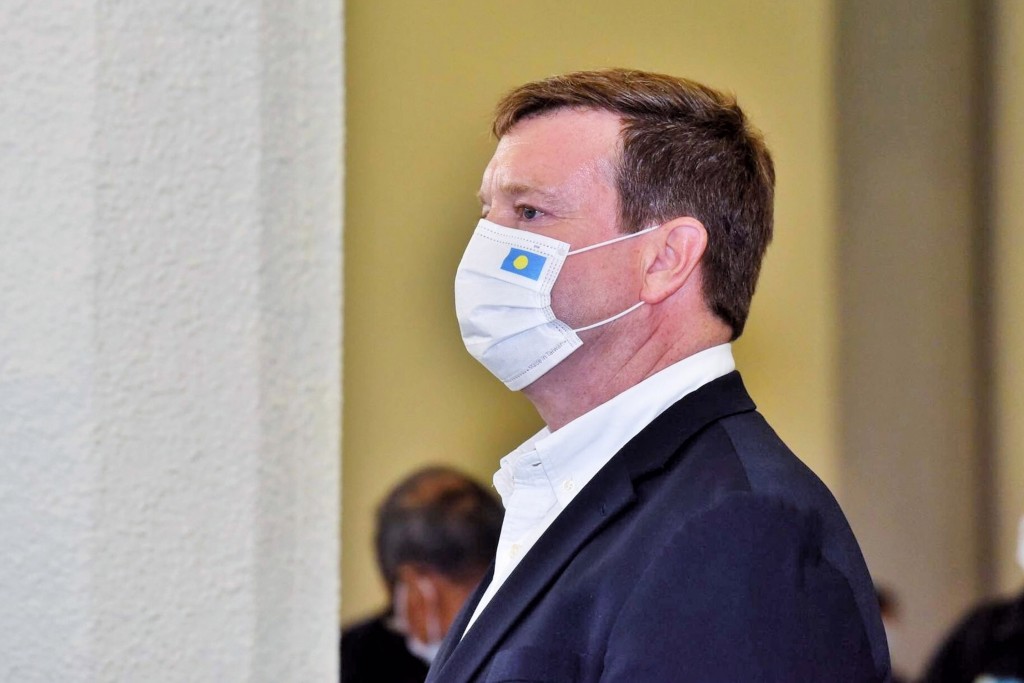 TAIPEI (Taiwan News) — Taiwan on Sunday (March 28) saw the arrival of the first sitting U.S. ambassador since diplomatic ties between the countries were severed 42 years ago.

On Sunday, Palauan President Surangel Whipps Jr. arrived to kick off a new travel bubble between Taiwan and Palau, with the first flight slated for Thursday (April 1). Joining Whipps' delegation is Ambassador to Palau John Hennessey-Niland, the first U.S. ambassador to visit Taiwan in an official capacity since former President Jimmy Carter cut ties with Taipei in favor of Beijing in 1979.

Hennessey-Niland has more than 30 years of experience working in the Foreign Service, having previously been stationed in Hawaii, Fiji, and Ireland. During his confirmation hearing in 2019, he publicly expressed support for the Taiwan Allies International Protection and Enhancement Initiative (TAIPEI).

During the hearing, he said that he believes American ambassadors have the responsibility to express their dissatisfaction with China for its economic and political threats against Taiwan's allies. He also called on Washington to penalize Beijing for its "malicious behavior."

Hennessey-Niland said the TAIPEI Act would make an important contribution to supporting diplomatic allies of Taiwan like Palau. He pointed out that Taiwan is an important partner of the U.S. and Indo-Pacific nations and that the U.S. and Taiwan can do more to assist Pacific island countries.

Su Tzu-yun (蘇紫雲), a senior analyst at the government-funded Institute for National Defense and Security Research, was cited by CNA as noting that the arrival of Hennessey-Niland marks the first visit by a U.S. ambassador to Taiwan since the end of diplomatic relations. Lin Ting-hui (林廷輝), deputy secretary-general of the Taiwanese Society of International Law, told the news agency that the visit is "not trivial."

Lin asserted that it shows the U.S. is "not shying away" from sending an ambassador to Taiwan. He said this demonstrates that American policy on Taiwan has changed to "a more positive orientation."

He postulated that the U.S. is no longer limiting itself to the parameters of the Taiwan Relations Act. Lin claimed that the move shows the U.S. is not afraid to interact with the East Asian country through official ambassadors.

"It no longer hides it as it did in the past. Instead, it chooses to make it public." said Lin.