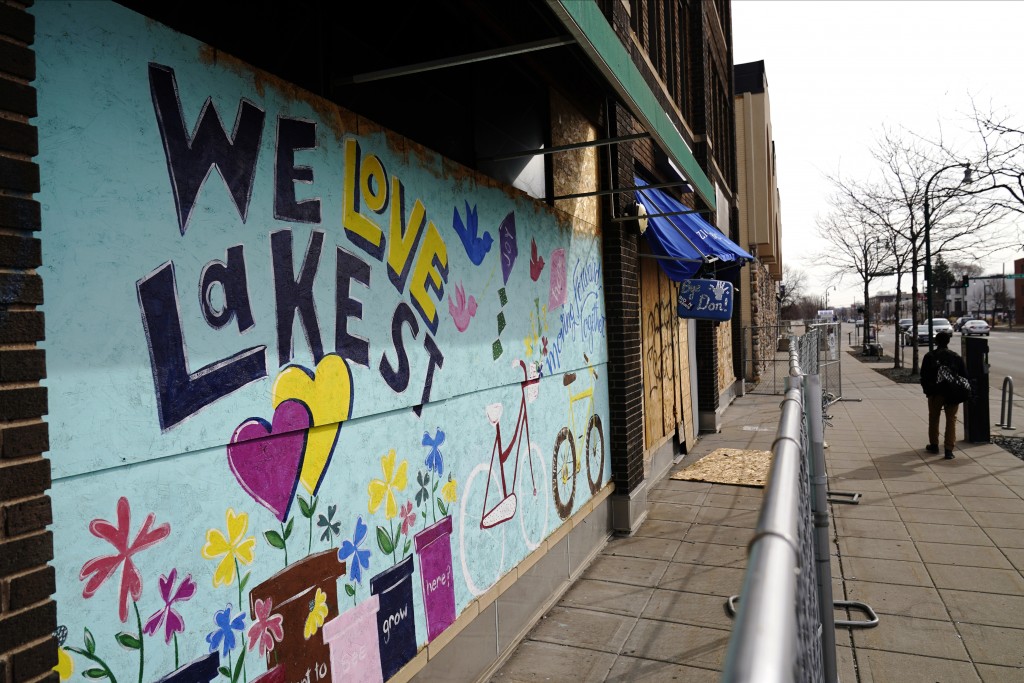 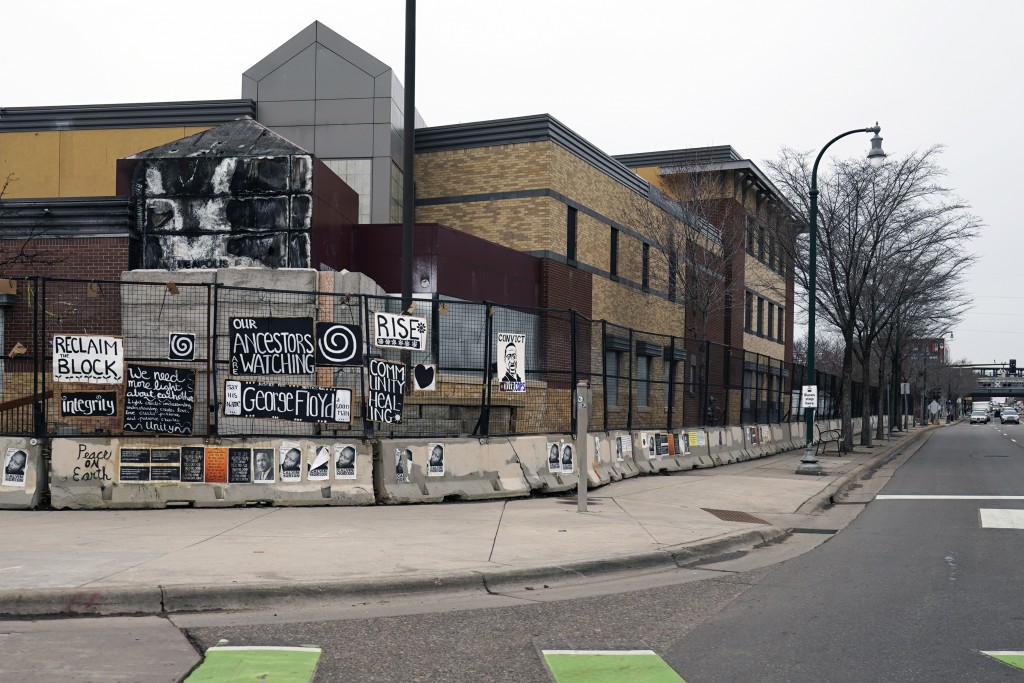 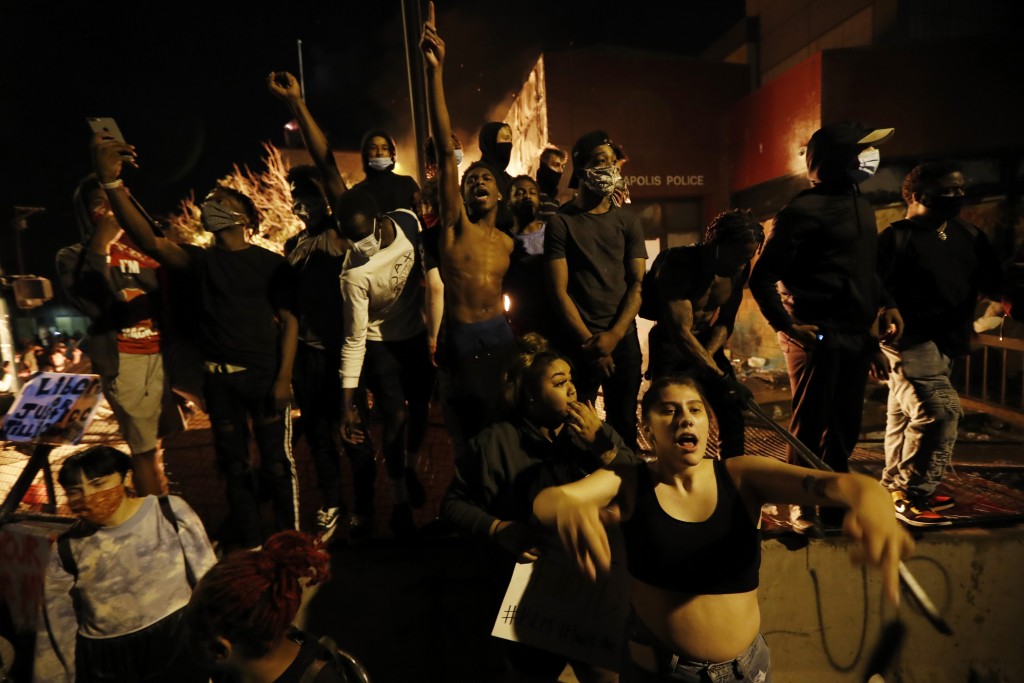 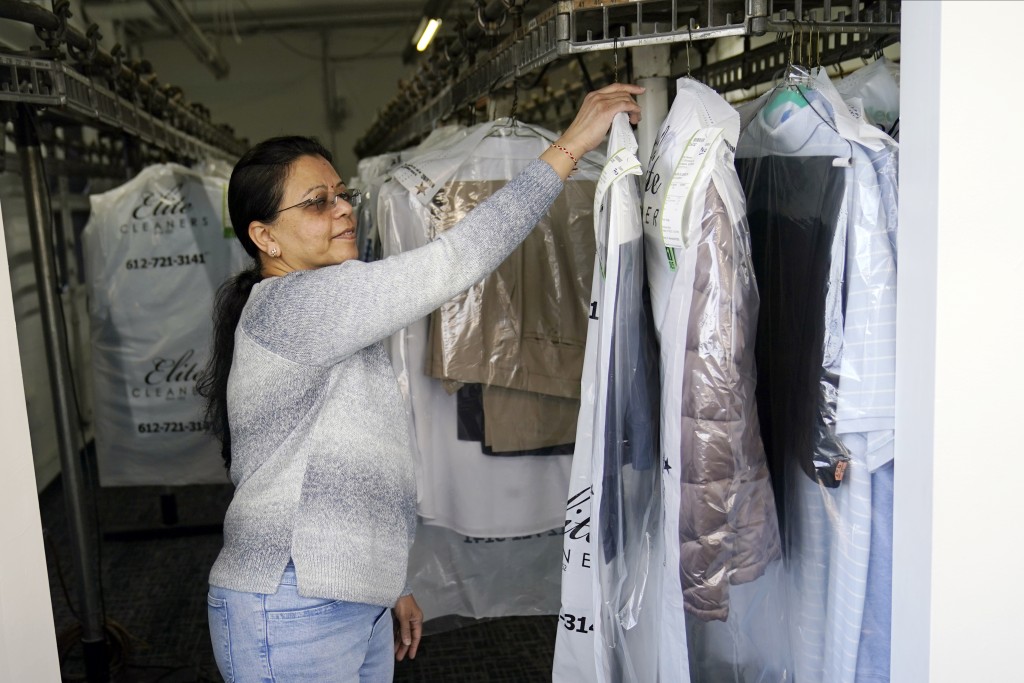 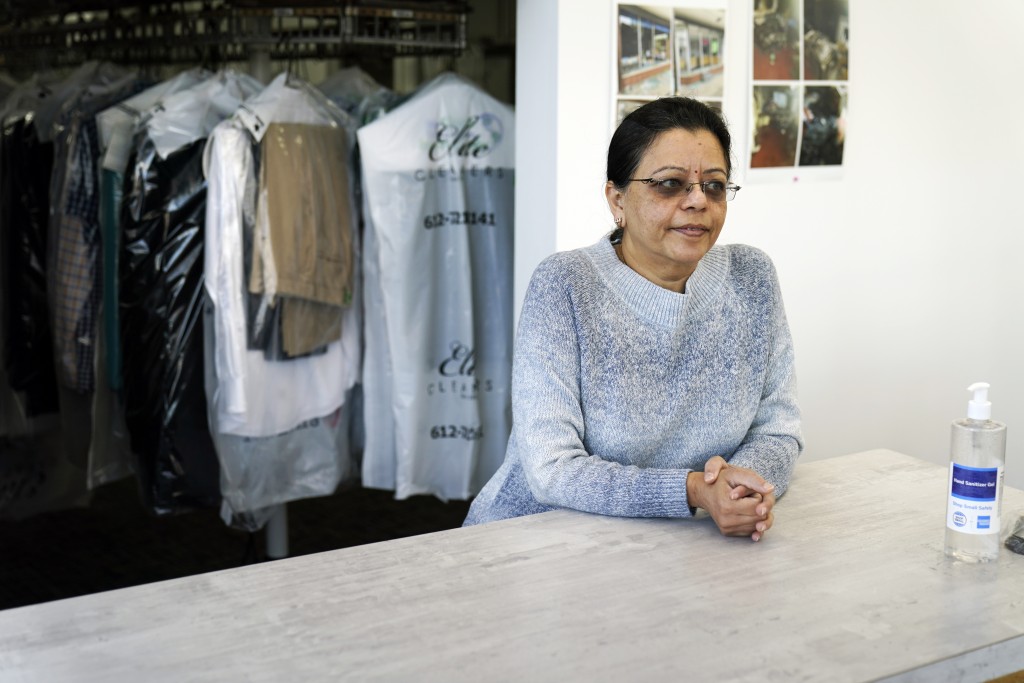 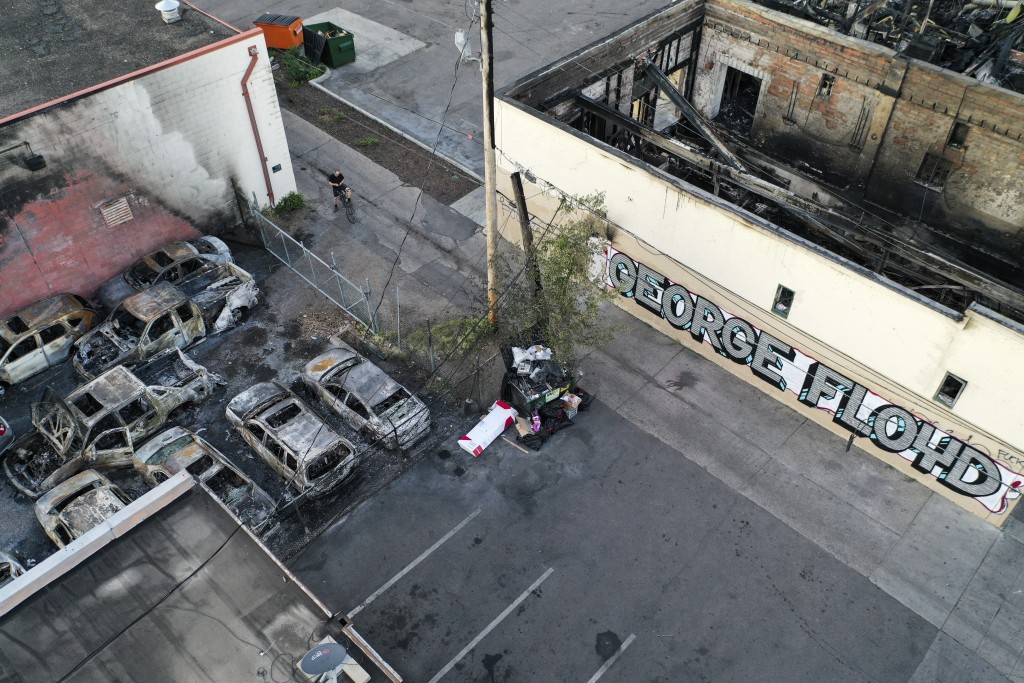 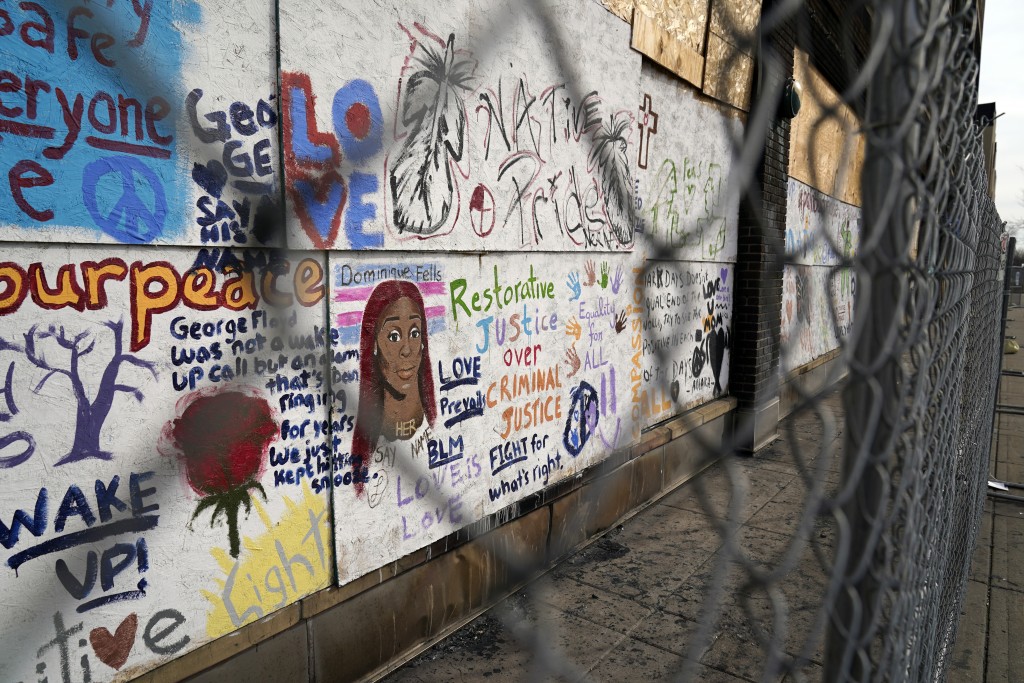 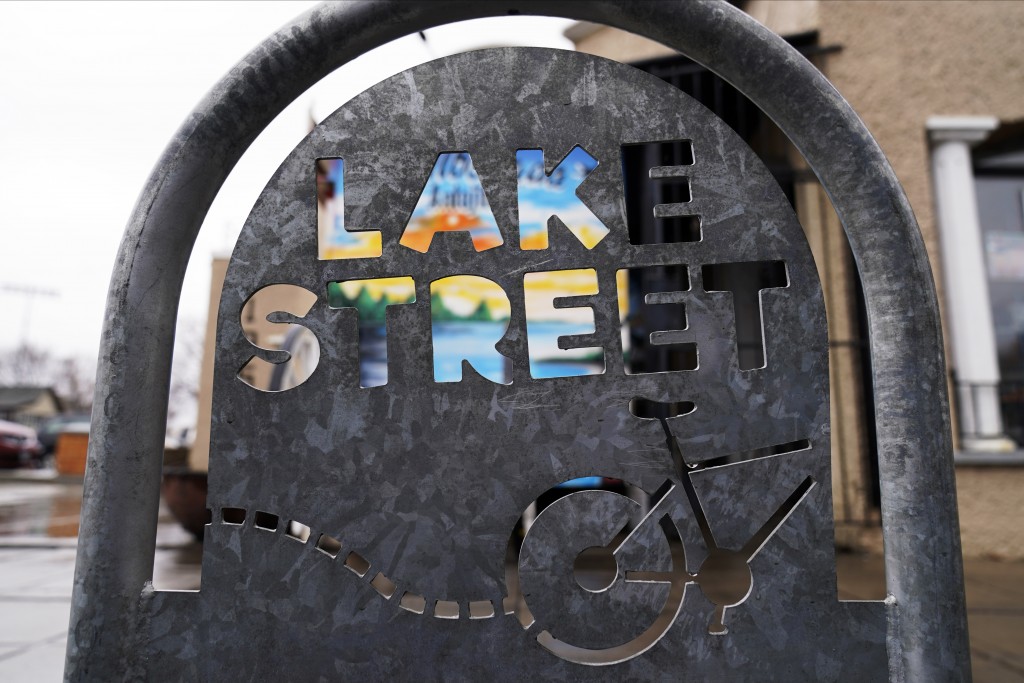 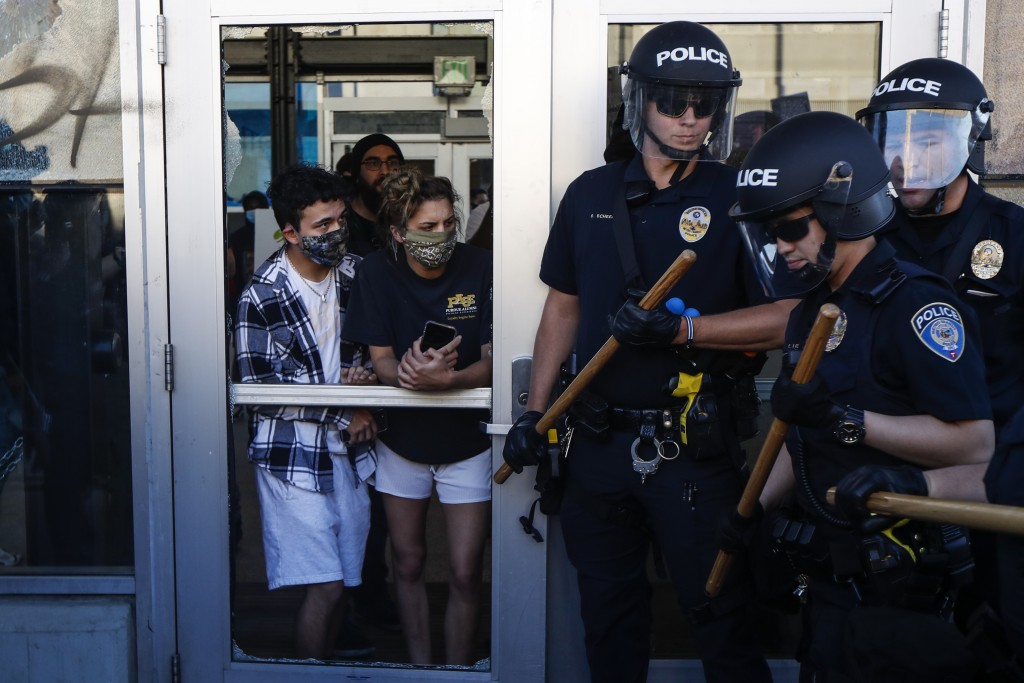 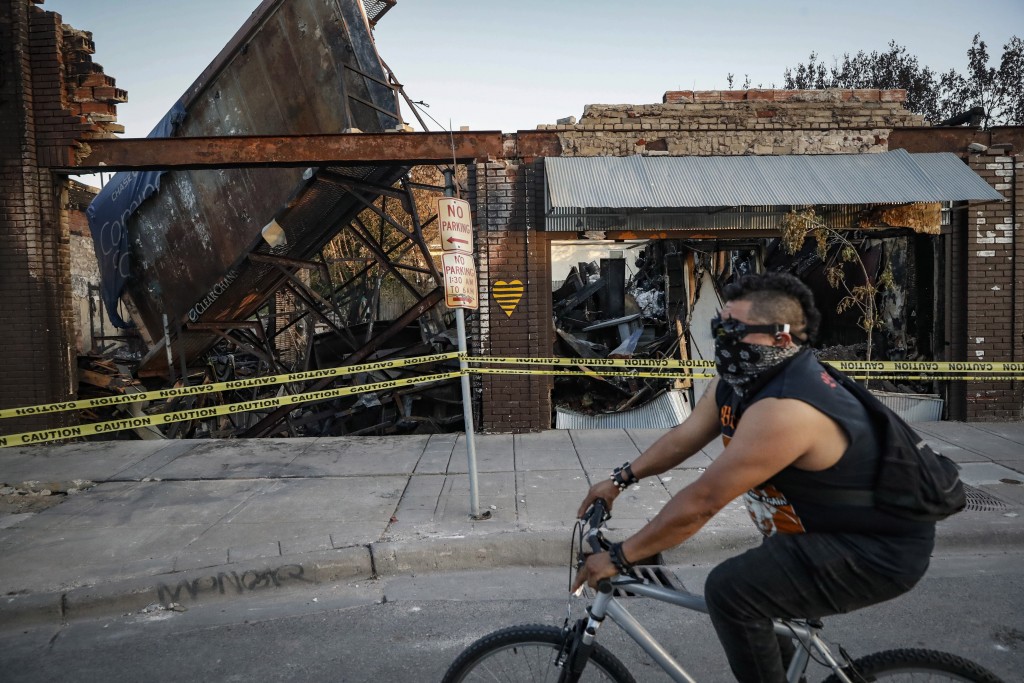 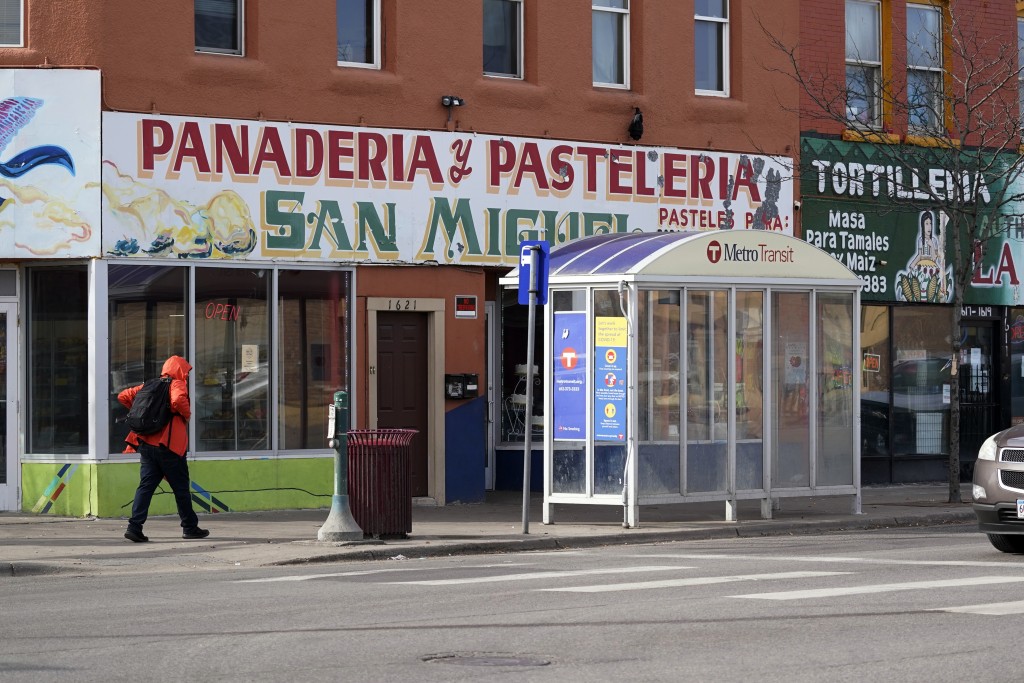 MINNEAPOLIS (AP) — Nearly all the wreckage along Lake Street has been hauled away. The fire-swept buildings have been torn down or repaired. The police station is empty, its entryway sealed with stacked concrete blocks like a street corner pharaoh’s tomb.

The street, the focus of so much violence when protests raged through Minneapolis after George Floyd died in police custody, looks almost normal in places.

Supermercado Morelia is again selling pickled cactus slices and two dozen varieties of Mexican cookies. At the Dur Dur grocery store, they’re back to offering goat meat, rice in 20-pound bags and cheap money transfers to East Africa. Hufan Restaurant Cafe is trumpeting “the best Somali and American cuisine.” The drive-thru at Popeyes is open every night until 11.

But look again, because plenty has also changed along Lake Street, a beacon for immigrants for more than a century.

The heart of the miles-long commercial and cultural corridor is struggling to recover. Politicians are bickering about rebuilding funds, crime is up across the city and the corridor is bracing for more protests as a former police officer goes on trial Monday in Floyd's death. And even when Minnesota’s notorious winter surrendered recently to sunny, spring-like weather, the sidewalks in the hardest-hit neighborhoods remained quiet.

“There’s a void,” said Chris Montana, founder of one of America’s few Black-owned micro-distilleries, Du Nord Craft Spirits, whose nearby warehouse was ransacked and set on fire during the protests. “You walk up and down Lake Street right now, the only signs of progress are that the piles of rubble have been replaced by empty fields.”

At LV’s Barber Shop, the door is locked, and the black barber chairs are layered in dust. At what was once Minnehaha Liquors, there’s nothing but an old metal sign pointing to an empty lot. There’s the dentist who hasn’t returned to work, the bulldozed post office and the Mexican party supply store that keeps its door locked in the middle of the day because the staff is worried about crime.

Lake Street cuts a long path through Minneapolis, from the upscale bars at the street’s west end, through the immigrant commercial enclaves, to the leafy neighborhoods of middle-class bungalows that reach to the Mississippi River. It also cuts a path through the city’s history of immigrant life and deeply embedded inequality.

Over 100 businesses and organizations, many run by immigrants or racial minorities, were destroyed or displaced when the protests turned violent, said Allyson Sharkey, executive director of the nonprofit Lake Street Council, which has channeled more than $8 million in grants to help them.

Businesses were already suffering when the riots began.

“People already had their savings wiped out by the first three months of COVID, so when the property destruction hit, there just wasn’t any money left to rebuild,” Sharkey said.

The street's recovery has been “a mixed bag,” she said, with some businesses still boarded up and some customers avoiding the area, unsure if stores have reopened.

“I called 911 — no help,” said Abe Demmaj, an Ethiopian immigrant whose small furniture store was nearly emptied by looters. “I called the mayor’s office. I called the governor’s office.”

Since then, nearly all the help has come from donations and private grants.

The state’s Democratic House majority, with its urban support base, has mostly supported Walz’s plan. But rural Minnesota is overwhelmingly Republican, and the GOP’s Senate majority has opposed anything that smacks of a bailout of Minneapolis. Republican leaders blame the damage on Walz and Minneapolis Mayor Jacob Frey, another Democrat, saying they did not end the riots quickly enough.

The Lake Street Council estimates that small businesses sustained about $250 million in uninsured damage along the corridor, from broken windows to large buildings that had to be torn down.

“The big fish can survive without help,” said Pinky Patel, whose family dry cleaning business was looted and partially burned and did not have enough insurance. “For us, it’s a problem.”

Violence flared for days after the May 25 death of Floyd, a Black man who pleaded that he couldn’t breathe as officer Derek Chauvin pressed his knee against Floyd's neck for about nine minutes during an arrest.

Captured on video by a bystander, the arrest set off waves of protests across the country and fueled a national reckoning on racial justice.

Chauvin, who is on trial on murder charges, worked out of the department’s 3rd Precinct, a Lake Street fixture that quickly became a target of rioters. Police eventually abandoned the station as protesters took it over and set parts on fire.

The station is in the heart of Lake Street’s working-class immigrant neighborhoods, where race and ethnicity and language jumble together.

“Here, everyone is welcome,” said Patel, who immigrated from India. “Whatever language you speak, you’re accepted. And you’ll find at least one person who will be able to speak to you.”

The neighborhoods have been welcoming immigrants for more than a century, since newly arrived Norwegians, Germans and Swedes did the shopping on Lake Street. When some neighborhoods fell into poverty in the 1970s and '80s, leaving a grid of cheap stores and empty buildings, new waves of immigrants brought them back.

First came the Somalis and Ethiopians fleeing war and poverty. Then came Latinos, many from Mexico. Immigrant entrepreneurs forged middle-class lives serving their working-class neighbors, who could not afford the stores in Lake Street’s more exclusive neighborhoods.

“Immigrants made this community,” Demmaaj said. “If you wanted to be an entrepreneur, this was the place to build something: restaurants, day cares, stores.”

Over the past couple of decades, the neighborhood has become home to war refugees and hipsters, Somali restaurants and small nightclubs. You can now get $3,000 bicycles along Lake Street’s immigrant corridor and 10-pound bags of Mexican candy to fill party pinatas (complete with warnings — in Spanish and English — to brush your teeth afterward).

Many hope the end of Chauvin's trial will mark the beginning of the real recovery. A conviction, many here believe, is a foregone conclusion. Patel said the officer's actions were "inhuman.”

Find AP’s full coverage of the death of George Floyd at: https://apnews.com/hub/death-of-george-floyd