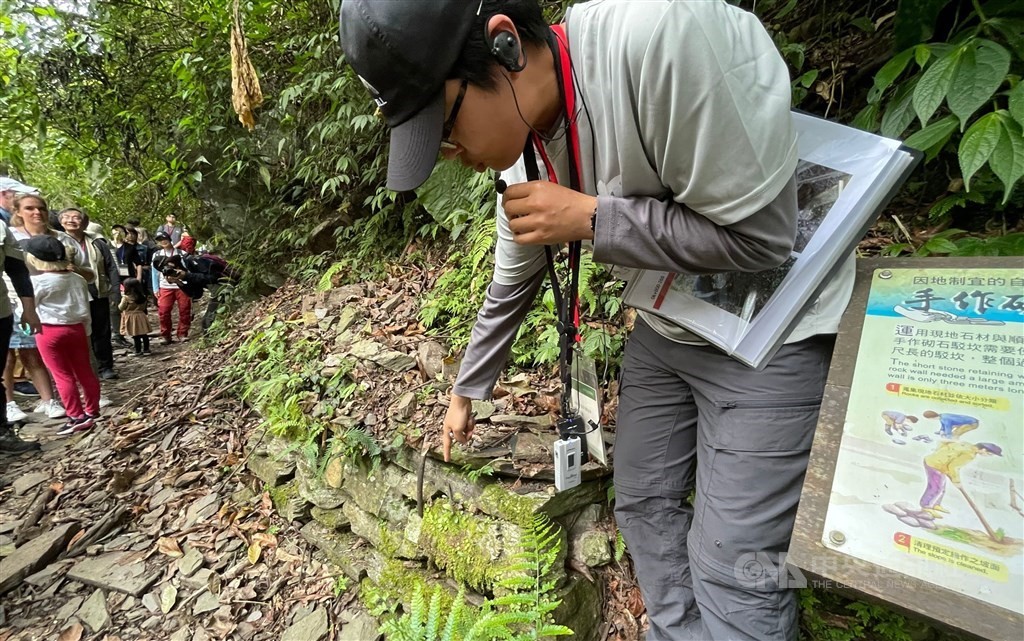 A group of foreign nationals, including foreign representatives, visited a nature trail in the mountain forests of Taipingshan, on Saturday, where they urged greater international exchanges and accessibility for foreign travelers who do not speak Mandarin.

The group -- which included Rene Beerepoot, deputy representative at the Netherlands Office Taipei, and Rupert Cao, deputy director of Trade and Investment at the Canadian Trade Office in Taipei -- said they were impressed with Taiwan's diverse wild life and natural landscapes.

The representatives, along with foreign travel bloggers and journalists, were introduced to the ancient cypress forest trail in the mountains of northeastern Taiwan.

"I think you have really spectacular scenery," said Beerepoot,who together with his family took part in the trip organized by Taiwan's Forestry Bureau (FB) amid government efforts to promote ecotourism amid COVID-19.

Cao, a travel buff who has driven around the island with his family over the past few years, agreed, adding that he is amazed by Taiwan being "small but having such a wide range" of natural scenery.

"Initially before coming here, I thought, oh, it was going to be a tropical island. However, geographically it is very diverse. I was very surprised," he said.

Cao said he is all for the idea of forging a "sisterhood"between trails in Taiwan and Canada, and perhaps also other countries.

FB Deputy Director General Lin Hao-chen (林澔貞) said the bureau has selected three of the roughly 130 trails it operates -- the cypress trail in Taipingshan, the Tefuye Historic Trail in Alishan, and the Nenggao Cross-Ridge Old Trail (the latter two are in central Taiwan) -- to promote and test the market.

"These trails are all very unique in their own way and represent different types of challenges, which we think will meet the interests of different hikers," Lin said, adding that there will be similar trips like the one on Saturday in the future.

As border controls remains tight in Taiwan, Lin said, she hopes these campaigns will first appeal to expats, whose personal experiences could potentially create further demand from their home countries.

Some of the other trails worth promoting in Taiwan are eco-craft trails -- built using on-site materials and maintained with methods that minimize the impact on nature -- she pointed out.

The Taiwan Thousand Miles Trail Association (TMI Trail), which shared its knowledge of local eco-craft trails with the representatives, said it will work with the bureau and reach out to other countries to jointly introduce such trails.

This could involve joint marketing of the trails by the participating parties -- through physical bulletin boards along the trails or virtual introductions on websites -- according to association Executive Director Chou Sheng-hsin (周聖心).

However, some foreign nationals said they would like to see more detailed and integrated travel information made available to non Mandarin-speaking travelers.

Ami Barnes, a nature lover and travel blogger from the U.K. who has lived in Taiwan for five years, said while everyone she has met who works to promote Taiwan is extremely passionate, the overall effect of their work is undermined by little errors like multiple spellings of place names.

"There are so many great ideas, but the little details sometimes get forgotten," she said, adding that as non-native Mandarin speakers, foreign nationals would love to see more help, for example in terms of information on public transportation.

"Some areas like Yangmingshan and Alishan are well served by transport services and there is clear information about how to get there, but others are much harder to access," she said.

Cao said he would like to see more "one-stop shop" services from Taiwan's tourism authority, so they do not sometimes end up with the main web portals transferring them to more pages that may sometimes have inconsistent information.